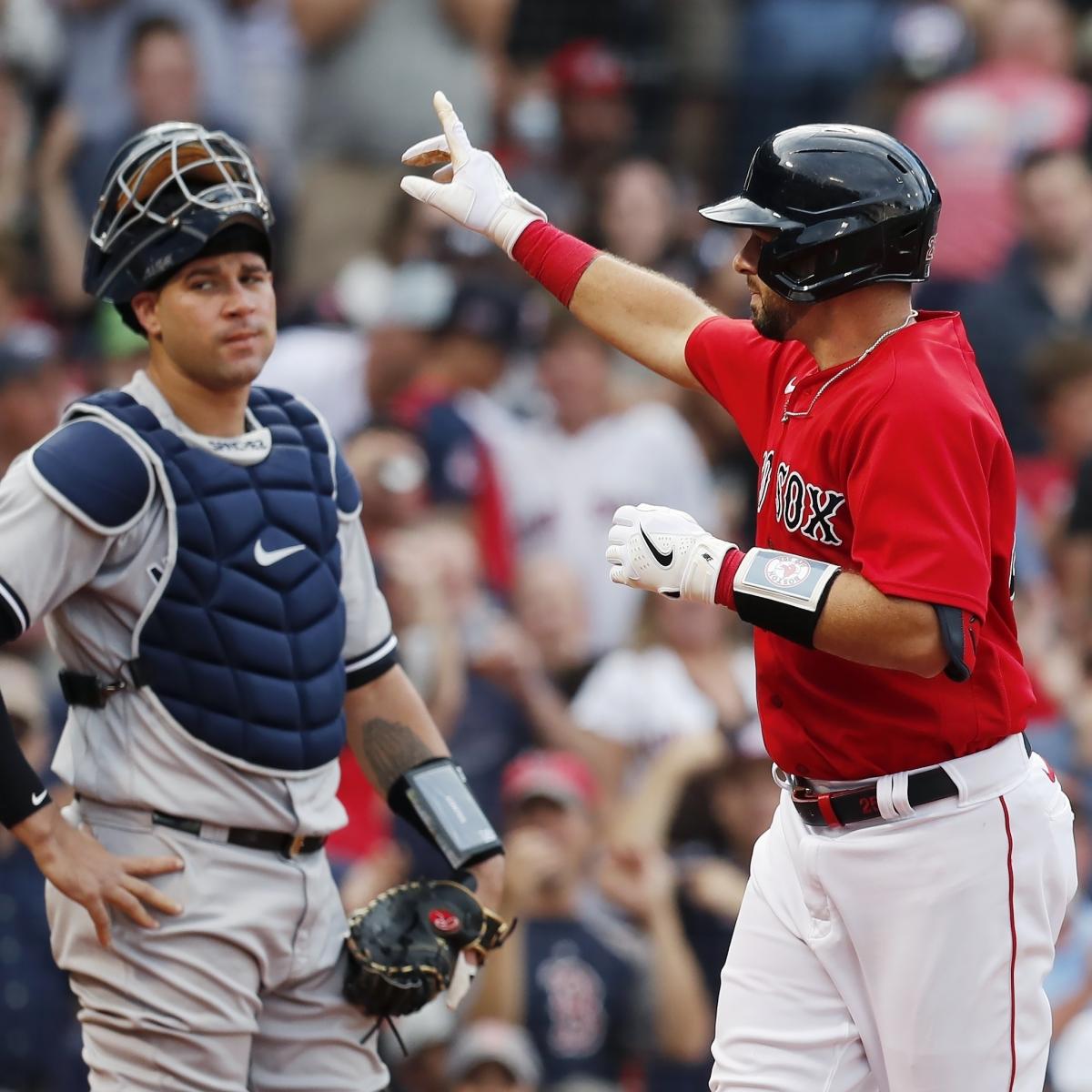 Four of MLB’s most storied franchises will take the field over the next two days in the American League and National League Wild Card Round.

In the AL, perhaps baseball’s greatest rivalry is going to take center stage as the New York Yankees battle the Boston Red Sox. Boston held a slight 10-9 advantage in the season series, but the Yanks won the last six meetings.

In the NL, the star-studded Los Angeles Dodgers are forced to play in a wild-card game despite racking up 106 wins during the regular season. They’ll face off with the league’s hottest team in the St. Louis Cardinals, who rode a recent 17-game winning streak to a playoff berth.

Let’s check out all of the key details for both games and make predictions for the clubs that will advance to the Division Series.

Where: Fenway Park in Boston

Where: Dodger Stadium in Los Angeles

The Yankees and Red Sox played an important series at Fenway Park two weeks ago while both teams’ playoff hopes still hung in the balance. New York emerged with a three-game sweep by a combined score of 19-9, so going on the road for the Wild Card Round shouldn’t be a major concern.

Tuesday night’s pitching matchup is a rematch of the first game that series as the Yanks’ Gerrit Cole (3.23 ERA) takes on the Sox’s Nathan Eovaldi (3.75 ERA). New York scored seven runs over the first three innings of the Sept. 24 meeting en route to an 8-3 win.

Eovaldi was otherwise strong across five other starts against the Yankees in 2021, however, giving up just seven earned run in 31.1 innings (2.01 ERA).

Meanwhile, Cole compiled a 4.91 ERA across four showdowns with the Red Sox this season and posted a lackluster 5.13 ERA in six September starts.

So there’s reason to believe both sides should be able to put up some runs in Tuesday’s contest.

Here’s where they rank in two other key categories over the last 30 days, per FanGraphs:

No matter what angle you analyze the matchup, it has the feel of a true toss-up contest. Neither club has a distinction advantage, which merely adds to the drama to open this year’s MLB postseason.

The complexion of the NL matchup is far different than the AL as the Dodgers hold a significant edge over the Cardinals in both runs scored (830-706) and team ERA (3.01-3.98) during the regular season.

Los Angeles also sends ace Max Scherzer to the mound. He was nothing short of spectacular in 11 starts after his July trade from Washington, posting a 7-0 record with a microscopic 1.98 ERA and 0.82 WHIP. He didn’t give up an earned run across 14 innings against the Cardinals in the regular season.

So everything on the surface suggests the Dodgers should roll Wednesday night and set up a titanic collision with the 107-win San Francisco Giants, who edged L.A. by one game for the NL West crown.

The question become whether the Cardinals’ recent hot streak could spur an upset.

St. Louis didn’t simply capitalize on a weak part of the schedule either. It’s 17-game run included sweeps over the New York Mets and San Diego Padres, who were both seeking a similar last push into the playoffs, and a series win over a Cincinnati Reds club in the same boat.

The Cards also swept the NL Central champion Milwaukee Brewers and the Chicago Cubs, who were the only team completely out of contention at the time of the meeting.

Adam Wainwright could also go toe-to-toe with Scherzer after a resurgent season at the age of 40. He finished the campaign with a 3.05 ERA and owns a career 2.85 ERA in the playoffs.

In addition, while the Dodgers’ offense is more fearsome on paper, the Cardinals have closed the gap in production over the last 30 days (.799 OPS for L.A. and .773 for St. Louis), per FanGraphs.

The bottom line is Los Angeles is the rightful favorite based on both teams’ entire 2021 resume, but it’s impossible to completely rule out the Cardinals.

Denial of responsibility! NewsUpdate is an automatic aggregator around the global media. All the content are available free on Internet. We have just arranged it in one platform for educational purpose only. In each content, the hyperlink to the primary source is specified. All trademarks belong to their rightful owners, all materials to their authors. If you are the owner of the content and do not want us to publish your materials on our website, please contact us by email – [email protected]. The content will be deleted within 24 hours.
best sports newscardMLBnews update sportsnewsupdateoddsPlayoffsPredictions