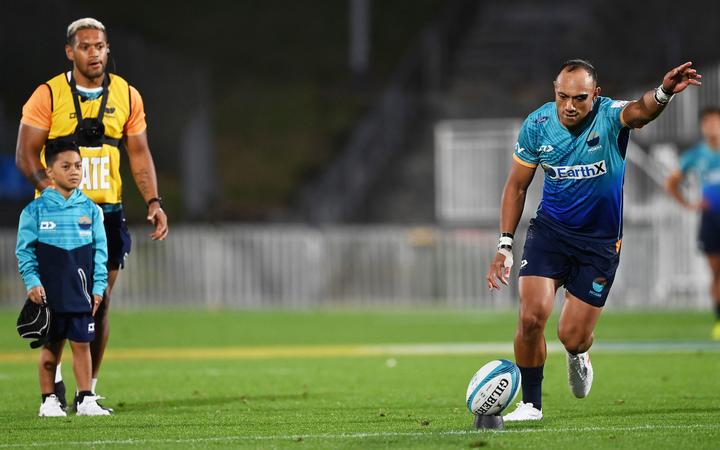 The Waratahs have come from behind to beat Moana Pasifika 26-20 in their Super Rugby Pacific match in Auckland.

The NSW side secured their first win on New Zealand soil in more than seven years, thanks to second half tries from Mark Nawaqanitawase and Dylan Pietsch.

Moana Pasifika shot out to a 17-0 lead midway through the first half, but failed to convert any more chances as the Waratahs ground their way back into the match.

Moana Pasifika first five Christian Leali’ifano became the seventh player to score 1,000 points in Super Rugby when he slotted a penalty in the second half.

The 34-year-old’s son was on hand, carrying the kicking tee onto the Mount Smart Stadium pitch for the occasion.

Leali’ifano needed a bone marrow transplant from his sister in 2016 after being diagnosed with leukaemia, but remarkably returned to represent Australia at the 2019 World Cup.

Brumbies overpower the Chiefs in Hamilton

The Brumbies remain second in the competition behind the Blues after a 38-28 win against the Chiefs.

Halfback Nic White was a standout as the Brumbies pushed past the Chiefs to cement their position as Australia’s best side. 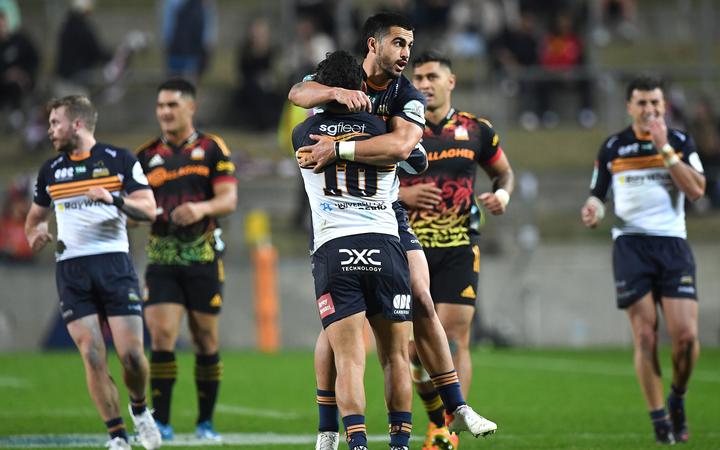 The Brumbies celebrate their win in Hamilton
Photo: Photosport Ltd 2022

The Brumbies held a narrow 18-14 lead at half time after a physical first half.

Chiefs loose forward Pita Sowakula reduced the deficit to seven points with a try in the 57th minute, before Brumbies Billy Pollard scored a try with nine minutes remaining to put the Chiefs out of reach.

The victory is the Brumbies fourth from their past five matches in New Zealand.

The Canberra based side will return home for their next two games, hosting the Crusaders and the Blues.

Crusaders too strong for the Force

The Crusaders have bounced back to dominate the Western Force 53-15 in Perth.

The Force trailed by just three points after a try early in the second half took the score to 18-15, but the Crusaders kicked into gear from there, running in 35 unanswered points. 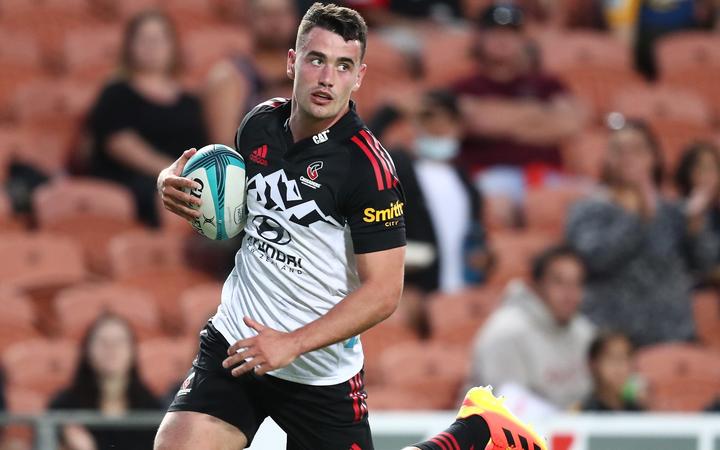 Will Jordan scored a hat-trick for the Crusaders in a dominant performance.

The win comes on the back of a shock loss to the Waratahs last week, and sets up a mouth watering encounter with the Brumbies.

The win takes the Crusaders to third on the ladder, with eight victories from 11 matches.

Denial of responsibility! NewsUpdate is an automatic aggregator around the global media. All the content are available free on Internet. We have just arranged it in one platform for educational purpose only. In each content, the hyperlink to the primary source is specified. All trademarks belong to their rightful owners, all materials to their authors. If you are the owner of the content and do not want us to publish your materials on our website, please contact us by email – [email protected]. The content will be deleted within 24 hours.
Audiobest sports newsChiefsCrusadersCurrent AffairsMoanaNewsnews update sports