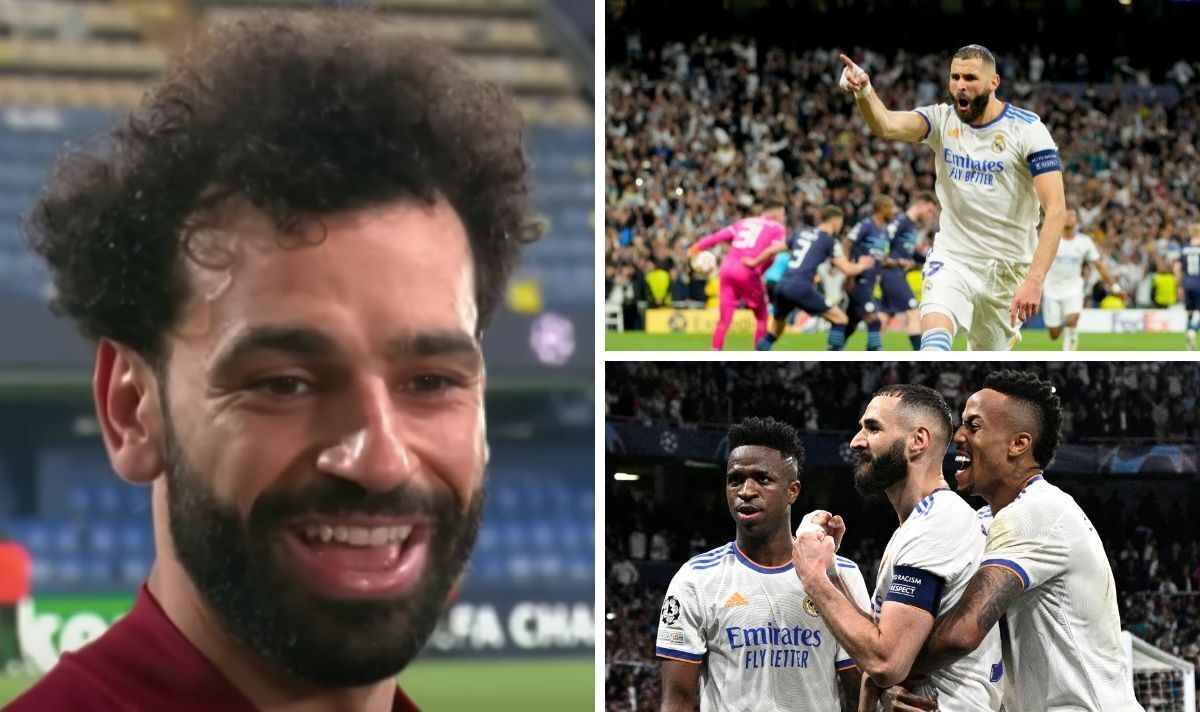 You haven’t won at the Santiago Bernabeu until you have left the stadium. Don’t Manchester City just know it. There have been some crazy, unexplainable, logic-defying nights in the UEFA Champions League over the years but this simply has to be up there with Istanbul, Barcelona’s breathtaking comeback against Paris Saint-Germain, Lucas Moura’s heroics in Amsterdam and the rest of them.

Real Madrid had not even registered a shot on target until the 90th minute when substitute Rodrygo gave Los Blancos a glimmer of hope. That’s all it was.

Yet the nerves and thunderous atmosphere inside the Bernabeu simply consumed a shell-shocked Premier League leaders Manchester City, who were dragged into even deeper waters.

Rodrygo glanced home to level things up on aggregate and suddenly City, who were just minutes from booking their place in an all-English final in Paris versus Liverpool, were heading for extra-time.

Yet just when you thought the sound of the full-time whistle would allow City to regroup, you were once again proven wrong. We had not seen it all just yet.

Karim Benzema beat Ruben Dias to a cutback inside the City box and went down under the challenge of the Portuguese centre-back as the referee pointed to the spot.

Just as he did at the Etihad, there was ice in the veins of the Frenchman, who calmly sent Ederson the wrong way to put Real Madrid 3-1 up on the night and crucially, also ahead on aggregate.

Mohamed Salah, will now get his long-awaited shot at redemption. He packed no punches when placed under the spotlight by the BT Sport punditry team on Tuesday night at Villarreal.

He had not been at his best but he’d played his part in helping Liverpool over the line in sodden eastern Spain, as the Reds came back from 2-0 down at half-time to beat the hosts 3-2 at Estadio de la Ceramica.

There was no saturated small talk, just brutal honesty from the Premier League’s leading goalscorer: “I want Real Madrid. Man City are a tough side but I have to be honest, I would like to play Real Madrid…”

Peter Crouch then pressed him, asking if revenge for Kyiv 2018 was his motive…

To which Salah replied: “Yes, of course, they beat us a few years ago so hopefully we can do that if we get them.”

Now he will get the chance to truly exercise any remaining demons from Ukraine – despite securing his winner’s medal in Madrid in 2019.

Real Madrid have caused a lot of heartbreak for the Reds in the past four Champions League seasons, having also beaten the Reds in last season’s quarter-finals.

Now Liverpool, at full strength, will get their chance to inflict their own misery on Madrid, who once again have somehow pulled it out of the bag against all odds.

There is something so very special about their relationship with this competition in the past decade after securing La Decima in 2014 under current boss Carlo Ancelotti.

He will now be looking to put the icing on the cake of yet another phenomenal season after already winning La Liga. And those he left behind on the blue half of Merseyside may now forgive him for the manner of his departure, should he deliver Real Madrid’s 13th European Cup in Paris.

Denial of responsibility! NewsUpdate is an automatic aggregator around the global media. All the content are available free on Internet. We have just arranged it in one platform for educational purpose only. In each content, the hyperlink to the primary source is specified. All trademarks belong to their rightful owners, all materials to their authors. If you are the owner of the content and do not want us to publish your materials on our website, please contact us by email – [email protected]. The content will be deleted within 24 hours.
best sports newschampionsCityfinalLeagueMadridManMohamed