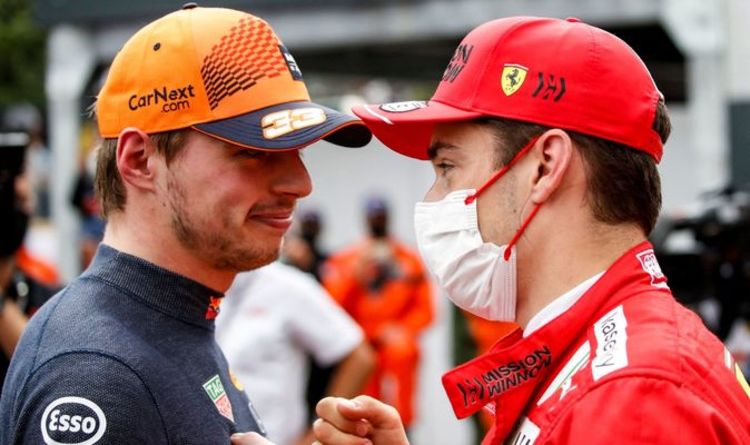 The Monaco Grand Prix is set to deliver plenty of intrigue after qualifying produced a topsy-turvy grid for today’s race.

Here are the key storylines to follow ahead of today’s Grand Prix.

Ferrari are back, but can they stay there?

After a solid but unspectacular start to the season, the famous red cars from Maranello are back at the sharp end of a Grand Prix grid.

Monaco’s own Charles Leclerc squeezed the maximum pace possible out of his qualifying lap to register a 1:10.346 and take pole position by almost a quarter of a second. At Monaco, that’s absolutely huge.

It wasn’t just Leclerc’s brilliance around his hometown circuit, either.

Team-mate Carlos Sainz was also competitive throughout, and can count himself a little unlucky to not be further ahead than his starting position of fourth, with the Spanish ace missing out on a front-row start by just 35 thousandths of a second.

The flying Dutchman’s talent behind the wheel of the Red Bull is undoubted, and he knows he’s one clean start away from potentially grabbing the lead and running away with the Monaco Grand Prix this afternoon.

Around the streets of Monte Carlo, having a team-mate close by to help fend off potential challengers can be priceless, but Verstappen won’t have that luxury, with his Red Bull colleague Sergio Perez stuck way back in ninth.

It means that, once again, Verstappen is left to fly solo, with only his driving talent and a solid race strategy at his disposal.

The Red Bulls were outsmarted by Mercedes in Barcelona last time out, and will need to ensure their race strategy is on point to give Verstappen the best possible opportunity to close championship the gap between himself and Lewis Hamilton, whose nightmare day in qualifying yesterday was a gift from the gods for Verstappen and his Red Bull team.

Bottas in the mix, Hamilton in big trouble

Mercedes never looked fully on the pace during the Thursday practice or Saturday qualifying, so Valtteri Bottas’ third place was cause for optimism in the German marque’s garage.

But Lewis Hamilton, who has produced lightning laps when it has mattered most in the past, simply did not have the pace in qualifying and, with a final attempt scuppered by Leclerc’s session-ending crash, the championship leader will start on row four, in seventh.

It means Hamilton finds himself behind the likes of AlphaTauri’s Pierre Gasly and Lando Norris’ McLaren, and he faces a tough afternoon as he looks to carve his way through the field.

But for Bottas, it’s a chance to pick up his best result of the season.

And if he can prevent Verstappen from walking away from Monaco with maximum points, Hamilton will owe his Finnish team-mate a beer or three.

Other than the big names, there’s a host of drivers who face interesting races today at Monaco.

AlphaTauri’s Gasly was outstanding in qualifying, and could be set for his best result of the year if he can stay out of trouble during the race. He starts from sixth, with McLaren’s Lando Norris in fifth.

The Brit signed a new multi-year contract with the team, and he’d love to mark the occasion by getting his Gulf-liveried car onto the podium. His battle with former McLaren team-mate Sainz could be one of the best tussles of the race.

It’s been a nightmare weekend so far for Norris’ team-mate Daniel Ricciardo, however. His team attempted to cheer him up after he missed out on Q3, telling him he’d made good progress.But for a man who has claimed four podium finishes, including one win, around the streets of Monaco, his 12th place start is nothing short of disastrous for the usually smiling Aussie.

He’s usually superb at Monaco, but how much he can achieve from mid-pack remains to be seen.

Denial of responsibility! NewsUpdate is an automatic aggregator around the global media. All the content are available free on Internet. We have just arranged it in one platform for educational purpose only. In each content, the hyperlink to the primary source is specified. All trademarks belong to their rightful owners, all materials to their authors. If you are the owner of the content and do not want us to publish your materials on our website, please contact us by email – [email protected]. The content will be deleted within 24 hours.
best sports newsChampionshipchancegiftedGrandHamiltonsMaxMonaco