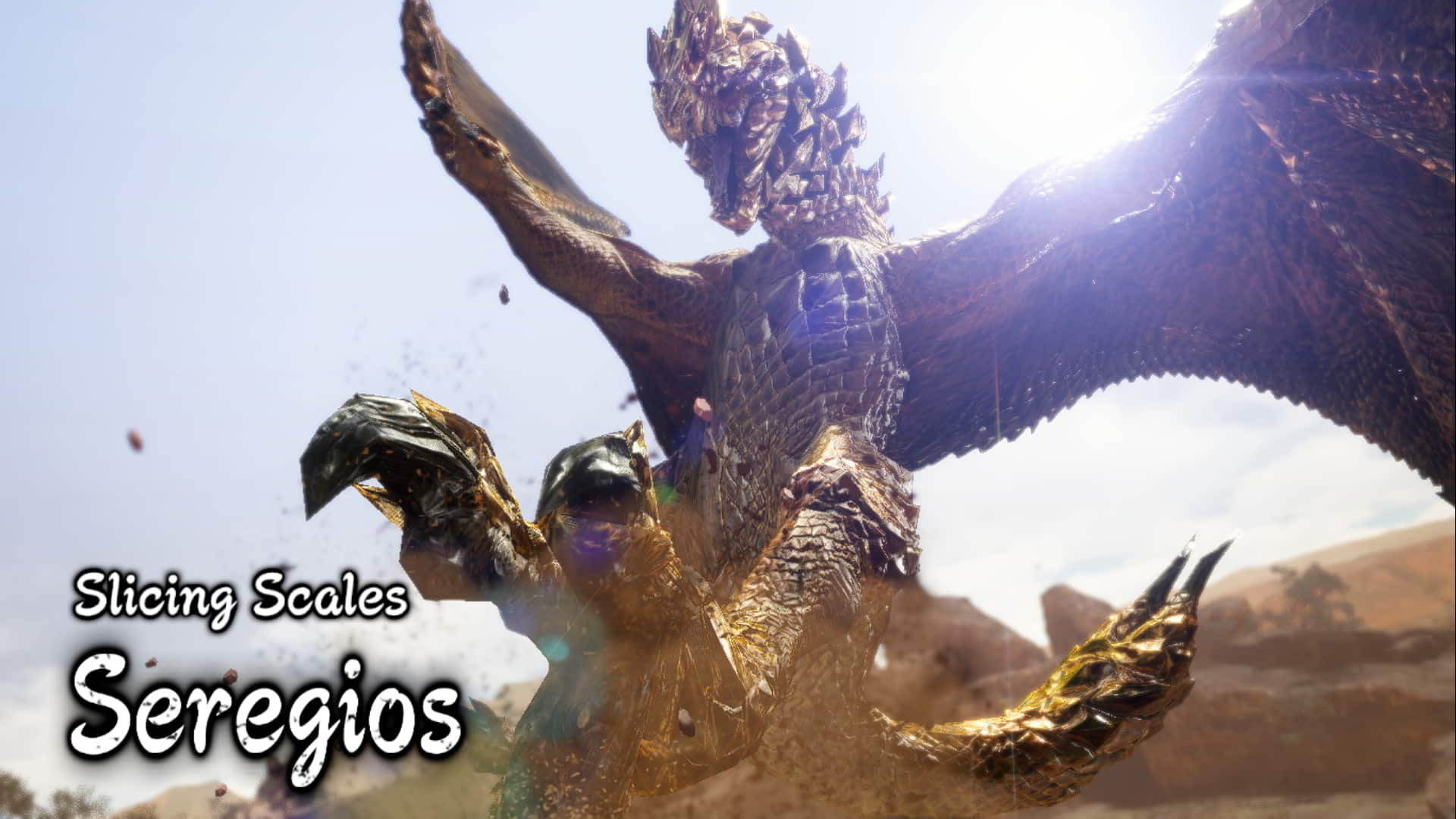 Seregios is one of the many returning monsters in Sunbreak. This fearsome beast made its first appearance in Monster Hunter 4 Ultimate and is now ready to give you a hard time again. It strongly relies on its hind legs during the fight, and its attacks can also cause the infamous Bleeding damage. Despite that, you still have good chances of defeating or capturing Seregios if you pay close attention to every single offensive and learn how to dodge them accordingly.

This guide will show you how to win the fight against Seregios in Monster Hunter Rise: Sunbreak, its weaknesses, and unique characteristics.

Seregios is a Flying Wyvern with a threat level of 7 stars out of 10. Its body is covered with sharp scales that it can launch at you, dealing you severe damage if you get caught, plus the Bleeding status. Its aerial attacks are pretty dangerous, as they are swift and powerful and can also take most of your health away. When you see it spinning in the air, try to get away from its path as it will come toward you and attack with its hind legs. It can also perform a mighty double-attack and try to get you with its sharp claws. Dodge as soon as you see its talons pointing straight at you; you’ll have a slightly higher chance of not taking any damage.

This beast can be found in the Shrine Ruins, the Sandy Plains, and the Citadel. When enraged, it can rely on new ranged attacks that deal Bleeding, so try to be extra careful when you see the scales rising on its body.

Seregios’ head is the weakest part of its body, followed by its legs and tail. You need to focus on hitting its hind legs mostly, as it will be flying above you most of the time and its head is almost unreachable with melee attacks. You should also equip yourself with a Thunder weapon, as it will deal the most damage to this monster. Ice is also a good choice if you don’t have any powerful Thunder weapon at your disposal.

The beast is also vulnerable to Flash Bombs, so you can use them to temporarily stun it and inflict as much damage as possible to your enemy. Be aware that you will need to dodge a lot during the fight, so try to fight an extra Wirebug by exploring the map before starting the battle with Seregios.

This beast can inflict Bleeding, causing you to take extra damage with each enemy’s offensive. You need to pay close attention when it is about to throw its sharp scales at you or when it targets you with its claws, dodging them in time, as they will likely give you this annoying status. However, you can cure Bleeding by crouching and waiting until it stops. You will be much slower in your movements while crouching, but you can still walk around. Try to find a safe spot when doing that, as Seregios won’t wait for you to recover.

Take many Flash Bombs with you, as they will allow you to stun the monster temporarily and hit its head to deal the most damage. Wyvern Riding is also a good option, as you can control Seregios and launch it forward against nearby walls and rocks. This way, it will take damage and topple over, allowing you to smash it and perform some powerful combos with your weapon. Once you defeat or capture Seregios, you will get new material to craft your equipment.

If you need help with other Sunbreak monsters, you can find many guides on Wccftech, including tips on how to beat Lunagaron and Garangolm.

Denial of responsibility! NewsUpdate is an automatic aggregator around the global media. All the content are available free on Internet. We have just arranged it in one platform for educational purpose only. In each content, the hyperlink to the primary source is specified. All trademarks belong to their rightful owners, all materials to their authors. If you are the owner of the content and do not want us to publish your materials on our website, please contact us by email – [email protected]. The content will be deleted within 24 hours.
Beatbest games newsgame updategames newsHunterMonsternews update gamesnewsupdate