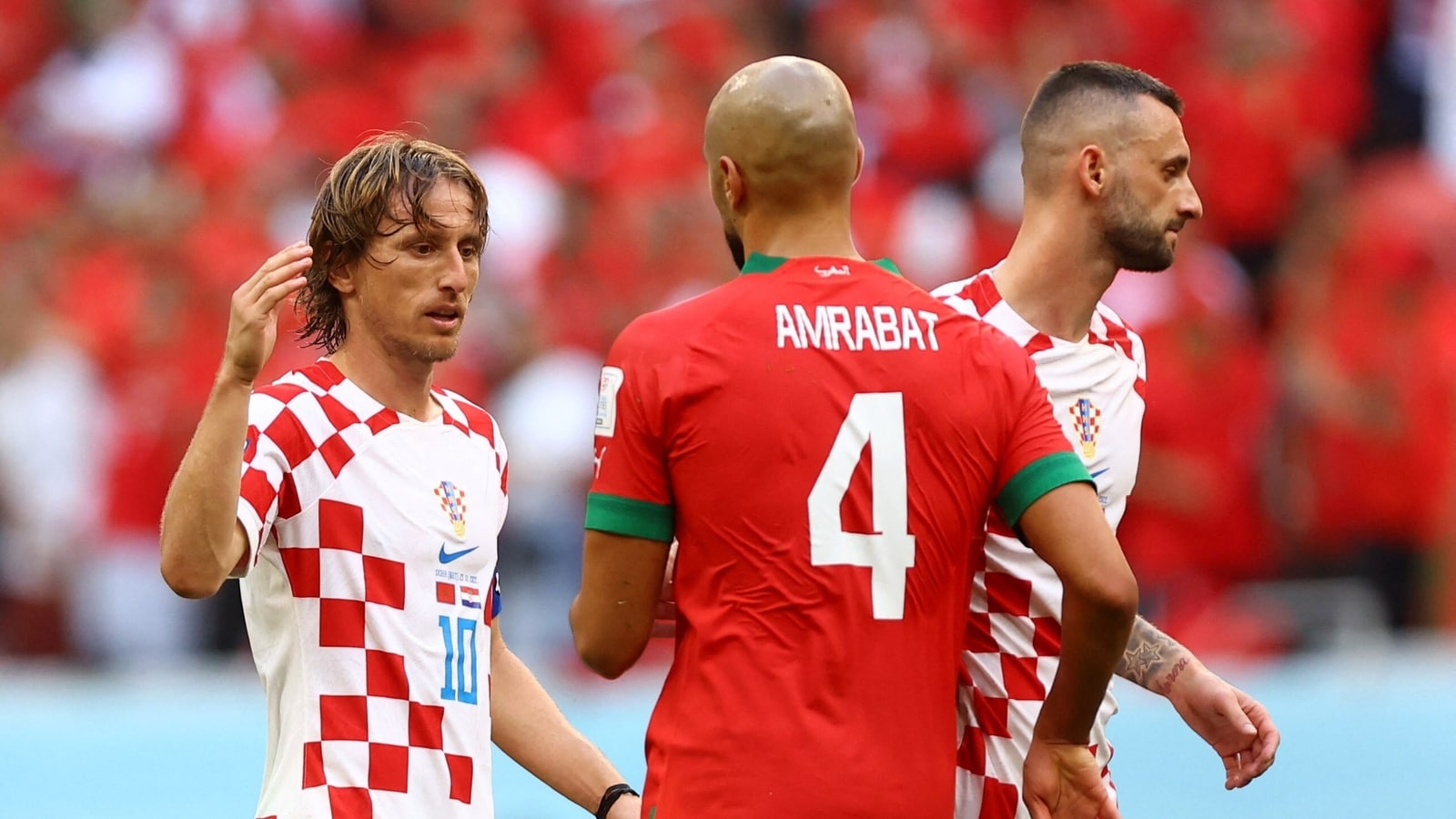 Morocco rendered Croatia’s creative force Luka Modric largely ineffectual to hold the 2018 runners-up to a goalless draw in Group F at the Al Janoub Stadium in Doha on Wednesday.

The 37-year-old 2018 Ballon d’Or winner was reduced to committing fouls and lost the ball at times in dangerous areas as a Morocco team spearheaded by Hakim Ziyech and Achraf Hakimi hustled Croatia with their speed, high line and pressing brilliantly every time they lost the ball.

Morocco, though, could not find the breakthrough and Croatia raised their tempo late in either half to find some openings but still could not get clear chances. Group F is one of the toughest with Belgium and Canada as the other teams.

Morocco, 22nd in the FIFA rankings to Croatia’s 12 but a younger bunch, caused plenty of difficulty to Croatia with a consistently high tempo and counter-pressing, narrowing the pitch much like what Saudi Arabia did in their shock 2-1 win over Argentina on Tuesday.

Croatia’s strength lies in controlling the midfield with Modric pulling the strings, but that was hardly the case for most of the game. Instead, Hakim Ziyech, playing off the right wing, rattled Croatia in a two-minute spell in the first half.

His left-footed cross from the right missed Youssef En-Nesyri’s attempted header by a whisker, and Morocco didn’t cash in on a free ball inside the box immediately after. Modric then fouled Ziyech 25 yards out to concede a free-kick but the Morocco winger shot into the Croatia wall.

However, Croatia asserted themselves late in the period with sharp passing. Forward Ivan Perisic’s 17th-minute try that flew just over the bar had been Croatia’s rare chance until almost the break when his team came alive. Borna Sosa shook off his marker with a run down the left and laid it on for Nicola Vlasic, but his sliding attempt was blocked with his legs by Morocco goalkeeper Yassine Bounou.

Croatia controlled Morocco’s pacy players with better possession in the second half. Morocco still almost scored in the 51st minute after Noussair Mazraoui met a cross into the box with a diving header, but Croatia goalkeeper Dominik Livakovic blocked it. Mazraoui though seemed to have injured his hip and went off soon after.

Modric conceded another free-kick after a foul on Selim Amallah but Achraf Hakimi’s shot from 30 yards out was batted away by Livakovic. Croatia did cause problems for Morocco in the final minutes, but the defence held on.

Morocco next play Belgium and Croatia play Canada on Sunday.

Denial of responsibility! NewsUpdate is an automatic aggregator around the global media. All the content are available free on Internet. We have just arranged it in one platform for educational purpose only. In each content, the hyperlink to the primary source is specified. All trademarks belong to their rightful owners, all materials to their authors. If you are the owner of the content and do not want us to publish your materials on our website, please contact us by email – [email protected]. The content will be deleted within 24 hours.
2022 world cupbest sports newscroatiadrawfifa 2022fifa 2022 world cupFIFA World Cupgoalless

The Story Behind The Most Expensive Lamborghini Ever Sold – SlashGear