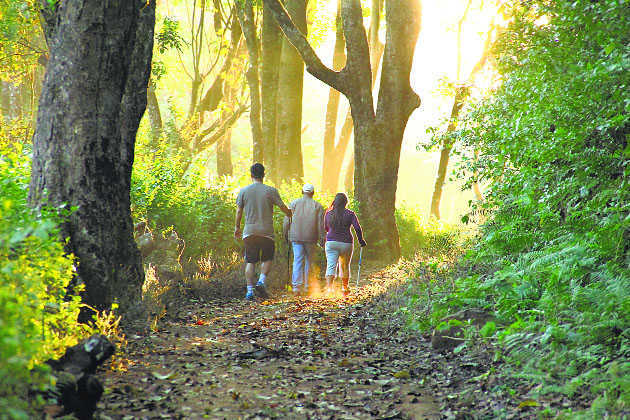 Most people consider climate change a serious issue, but rank other problems as more important. That affects climate policy

Straight denial of climate change is now relatively rare. Most people believe it is happening and is a serious problem. But many rank other issues — healthcare and the economy — as more important.

This means people can’t be easily classified as either deniers or believers when it comes to climate change. In my research, I focused on understanding the complexity of climate opinion in light of the slow political response to climate change around the world.

I conducted an online survey in the UK and found 78 per cent of respondents were extremely or fairly certain climate change is happening.

But when asked to rank eight issues (climate change, healthcare, education, crime, immigration, economy, terrorism and poverty) from most to least important to the country, 38 per cent ranked climate change as least important, with a further 15 per cent placing it seventh out of eight.

Recent pledges from several large countries to reach net-zero in greenhouse gas emissions by 2050 have led Climate Action Tracker to project that limiting warming to 2-degree Celsius by 2100 may be possible.

Although this progress is heartening, it has taken many years to reach this point and the challenges in actually meeting these emission targets cannot be overstated.

Climate ranking in other countries

I found similar results in other countries. Based on a Eurobarometer survey of 27,901 European Union citizens, a majority of the populations in all EU member countries are concerned about climate change, but only 43 per cent across the EU rank it in the top four most important issues for the world. There are some differences between countries — climate change tends to be ranked higher in Nordic countries and lower in Eastern Europe.

Fewer than 5 per cent of 3,445 respondents in the 2017 New Zealand Election Study said the environment was the most important election issue and an even smaller number specifically mentioned climate change.

Why are some people more engaged with climate change than others? People’s worldview or ideology seems to be particularly important.

In many countries — including, as illustrated in my research, the UK and New Zealand — there are partisan and political divides in climate change with supporters of right-wing parties less likely to support climate change policies or to see it as an important issue.

People who support free-market economics, hold authoritarian attitudes or have exclusionary attitudes towards minorities are also less likely to engage with climate change.

In democracies, politicians often respond to public opinion; ignoring it risks being voted out at the next election. But the degree to which they do so depends on how important the issue is to the public relative to other issues.

If people are not thinking about an issue when they go to vote, politicians are less likely to give that issue much attention. As my research shows, people in most countries don’t give climate change a high importance ranking, and politicians are therefore not under enough public pressure to take the difficult steps required to combat climate change.

There are other reasons for the slow political response to climate change, besides the low importance of climate change among the public. Vested interests, such as fossil fuel companies, are undoubtedly involved in slowing the adoption of strong climate policies in many countries.

Although only a minority of the population, climate change deniers may also make some politicians hesitate to act. But, regardless of the influence of vested interests and deniers, it is difficult for politicians to act on climate change when the public believes other issues are more important.

Understanding the relationship between public opinion and climate policy can help focus the efforts of climate campaigners. Perhaps less attention could be paid to the influence of vested interests.

Given the deep ideological reasons climate change deniers have for their disbelief, it’s unlikely they will be convinced otherwise. Fortunately, this may not be required to move climate policy forward.

As my research reveals, the majority of the public want action on climate change but tend to be more concerned about other issues. Campaigners might find it useful to focus their attention on persuading this section of the population about the urgency of climate action.

Denial of responsibility! NewsUpdate is an automatic aggregator around the global media. All the content are available free on Internet. We have just arranged it in one platform for educational purpose only. In each content, the hyperlink to the primary source is specified. All trademarks belong to their rightful owners, all materials to their authors. If you are the owner of the content and do not want us to publish your materials on our website, please contact us by email – [email protected]. The content will be deleted within 24 hours.
affectsbest technology newschangeclimateImportantissuenews update technewsupdate