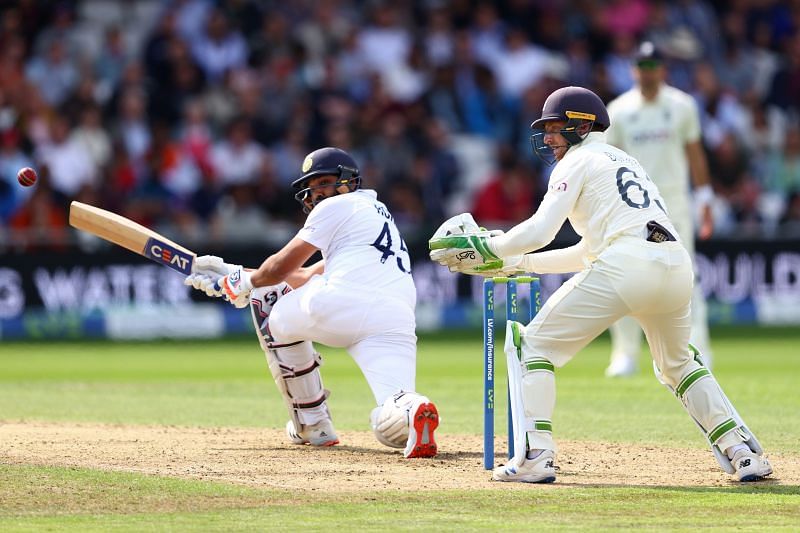 While a number of cricket pundits described Rohit Sharma’s batting in England as the best they have seen him play, the man himself reckons that his best is yet to come.

Rohit scored 368 runs in four Tests in England at an average of 52.57. He was the leading run-scorer for India and also notched up his maiden overseas Test hundred during the series.

Asked if it was the best he had ever played, Rohit disagreed.

“It was a good one considering where I was standing in my Test career. It’s not my best series. I feel my best is yet to come.

“I utilised the time before the World Test Championship final in Southampton (to figure) what sort of technique and mindset is required. I was pretty happy and would like to take it further,” the opening batter was quoted as replying in a PTI report.

On the status of the final Test in Manchester, which had to be abandoned, Rohit added that he had no idea about it. He, however, opined that, in his mind, India won the series 2-1.

“I don’t know what’s happening with the last Test match. Whether we are playing a one-off Test (next year) but in my mind we have won the series 2-1,” the 34-year-old added.

India decided to pull out of the final Test against England in Manchester after junior physio Yogesh Parmar tested positive for COVID-19. Earlier, coach Ravi Shastri and some support staff members were also infected with the virus.

The BCCI recently confirmed that they will play the fifth Test of the series in July, 2022, during their scheduled white-ball tour of England.

Update: The BCCI and ECB held several rounds of discussion to find a way to play the match, however, the outbreak of Covid-19 in the Indian team contingent forced the decision of calling off the Old Trafford Test.Details: bcci.tv/articles/2021/…

Update: The BCCI and ECB held several rounds of discussion to find a way to play the match, however, the outbreak of Covid-19 in the Indian team contingent forced the decision of calling off the Old Trafford Test.Details: bcci.tv/articles/2021/…

With Virat Kohli announcing that he would be stepping down as T20 captain after the World Cup in the UAE and Oman, India will soon have a new leader in the shortest format played in international cricket.

According to Indian legend Sunil Gavaskar, Rohit should be named captain for both upcoming World Cups.

“I think Rohit Sharma for the next two World Cups. You could say they (World Cups) are back-to-back, one starting in a month and another exactly a year from now. So clearly, yes, you don’t want to change too many captains at this particular stage.

“Rohit Sharma would definitely be my choice for captaincy of the Indian team for both these T20 World Cups,” Gavaskar said during a discussion on Star Sports show Cricket Connected.

So the abandoned 5th test in Manchester will be replayed next year. Which means the series is still open. This must be the longest break between two tests!

So the abandoned 5th test in Manchester will be replayed next year. Which means the series is still open. This must be the longest break between two tests!

Denial of responsibility! NewsUpdate is an automatic aggregator around the global media. All the content are available free on Internet. We have just arranged it in one platform for educational purpose only. In each content, the hyperlink to the primary source is specified. All trademarks belong to their rightful owners, all materials to their authors. If you are the owner of the content and do not want us to publish your materials on our website, please contact us by email – [email protected]. The content will be deleted within 24 hours.
best sports newsCricketenglandEngland Cricket TeamIndia vs England NewsIndian Cricket TeamMemorableNews