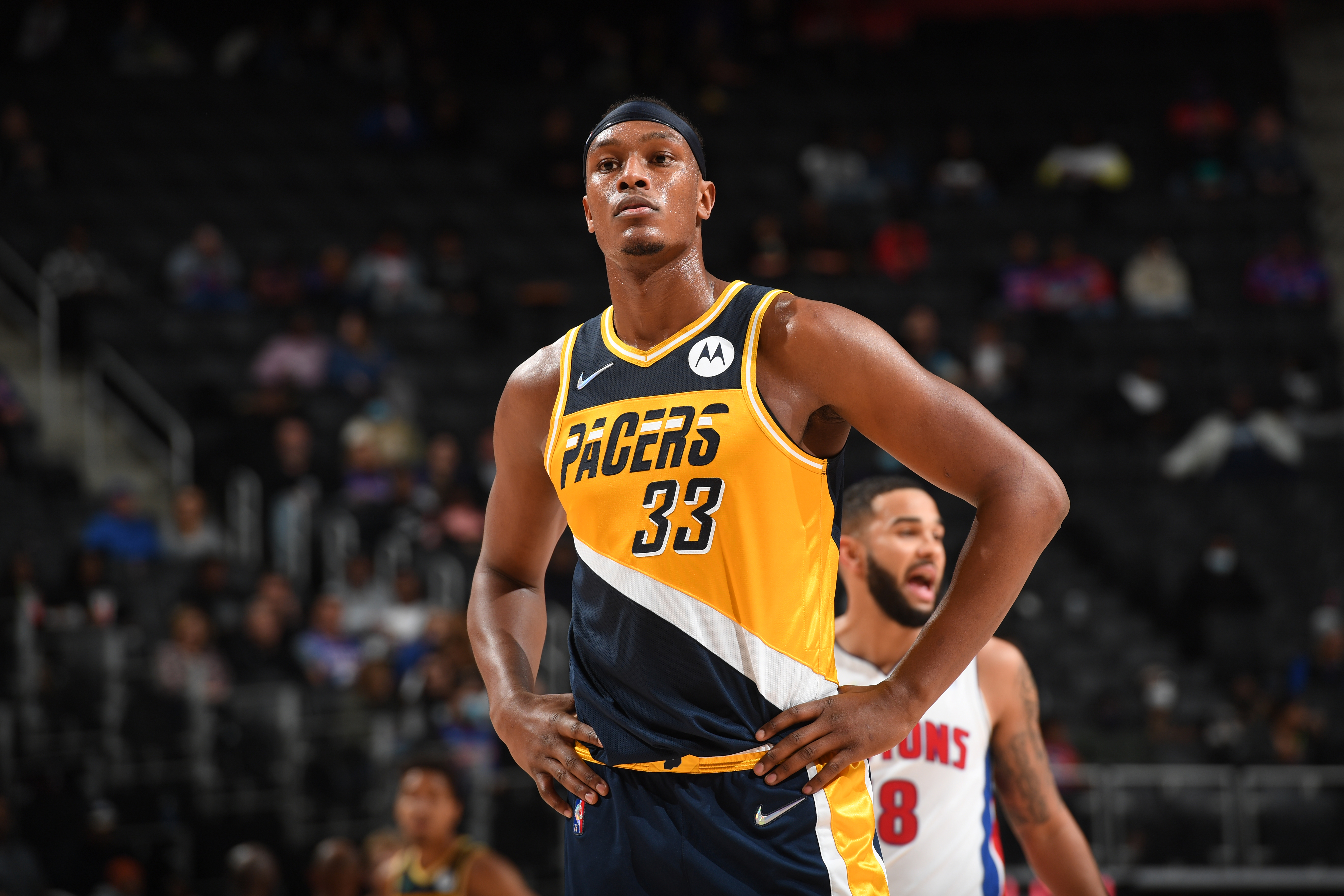 Myles Turner Ruled Out for Pacers vs. Clippers with Foot Injury

Indiana Pacers center Myles Turner will not play in Monday’s game against the Los Angeles Clippers as he deals with a sore left foot, coach Rick Carlisle announced Sunday.

Turner will travel with the team to L.A., though, and will also get a second opinion on the injury.

Turner has already miss time this season. He sat out the Pacers’ 100-98 loss to the Minnesota Timberwolves on Nov. 29 with an unspecified non-COVID illness.

Injuries have been a nagging problem for Turner throughout his career. The 2016-17 campaign is the only time the 25-year-old has missed fewer than eight games in a season.

Turner missed 22 of the Pacers’ final 23 games last season with a toe injury that was diagnosed as a partial tear of his plantar plate in the great toe on his right foot.

When Turner is healthy, he’s one of the most impactful defensive centers in the NBA. The seven-year veteran led the league in blocks per game in two of the past three seasons. His 2.8 blocks per game so far this season is the highest mark in the league.

The 6’11” Turner has also evolved his offensive game to become a better all-around player. He is averaging 12.9 points per game and shooting 33.3 percent from three on a career-high-tying 4.4 attempts per contest.

Losing Turner for any length of time leaves a huge hole that head coach Rick Carlisle has to fill. Goga Bitadze could see more playing time in the starting lineup next to Domantas Sabonis.

The Pacers are off to a disappointing 15-28 start this season, ahead of only the Detroit Pistons and Orlando Magic in the Eastern Conference standings.

Denial of responsibility! NewsUpdate is an automatic aggregator around the global media. All the content are available free on Internet. We have just arranged it in one platform for educational purpose only. In each content, the hyperlink to the primary source is specified. All trademarks belong to their rightful owners, all materials to their authors. If you are the owner of the content and do not want us to publish your materials on our website, please contact us by email – [email protected]. The content will be deleted within 24 hours.
best sports newsClippersfootinjuryMylesnews update sportsnewsupdatepacers

Vidit off to a winning start in Tata Steel Chess

Where Do Trae Young, Dejounte Murray Rank Among NBA’s…

India vs England 2022: How things have changed for India and…