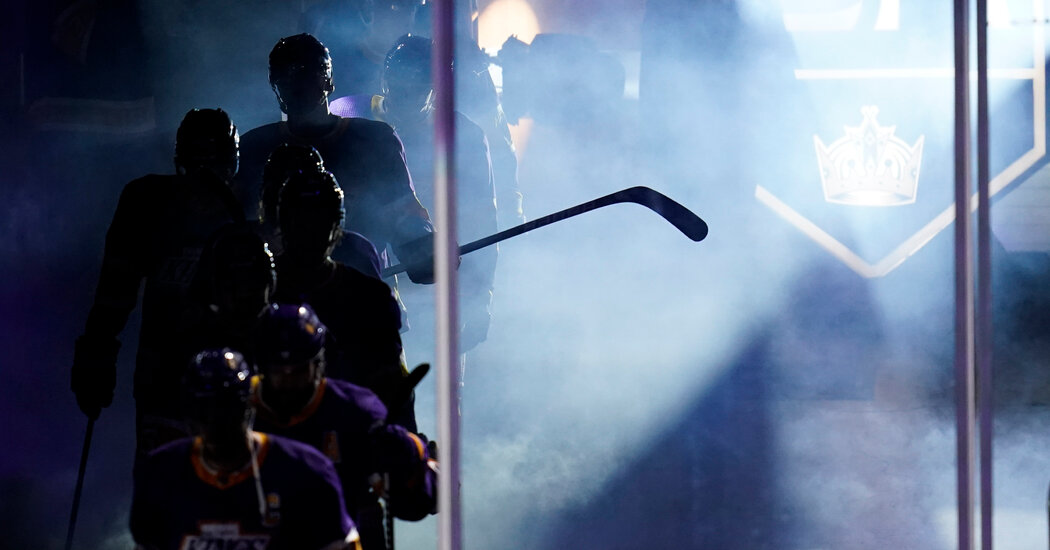 The N.H.L. solidified its future on television and multimedia platforms in the United States on Tuesday with the announcement of a second broadcast rights deal that will take effect after its agreement with NBC expires after this season.

Turner Sports made a seven-year commitment, matching the length of the contract the Walt Disney Company, which owns ESPN and ABC, signed with the N.H.L. in March. The networks, including TBS and TNT of Turner, will begin broadcasting games in the 2021-22 season and continue through the 2027-28 campaign.

The specific terms of the deal with Turner Sports, a division of WarnerMedia, were not disclosed, but Turner will pay north of $225 million per year, according to a person familiar with the agreement who was not authorized to speak publicly.

The sum from the two deals represents more than double the approximately $300 million that the N.H.L. had been receiving from NBC and ESPN, which had been paying $100 million for various rights — including the ability to show games on its streaming service — before last month’s deal.

NBC had broadcast the N.H.L. nationally since 2005, after a labor dispute led to the cancellation of the 2004-5 season and the league’s previous pact with ESPN expired.

“We think the arrangements we have now are much more reflective of the value that we bring as compelling content,” N.H.L. Commissioner Gary Bettman said in a news conference on Tuesday. “Creating a wider distribution base is only going to continue to grow the sport and help it skew younger.”

ESPN and Turner will split the Stanley Cup playoffs, though ESPN will have more comprehensive regular-season coverage. Turner will broadcast the annual outdoor Winter Classic game.

Three of the seven Stanley Cup finals during the concurrent agreements will be broadcast on Turner’s TNT network, which has enjoyed tremendous success with basketball. “Inside the N.B.A.” featuring the former players Charles Barkley, Shaquille O’Neal and Kenny Smith and the broadcaster Ernie Johnson has become a sports media institution.

“I think that there’s a style to Turner Sports and there’s an approach, and we want to bring that approach to the N.H.L. here,” said Jeff Zucker, the chairman of WarnerMedia News and Sports. “You can’t just copy ‘Inside the N.B.A.’ on Thursday nights, that comes together over time and relationships.”

The other four finals series will be broadcast on ABC. Having three finals go to TNT bucks the longstanding attachment of big games to the big networks: CBS, NBC, ABC and FOX.

“I am more than comfortable with TNT, which is in 90 million homes, which is almost the equivalent of any broadcast network,” Bettman said. “As you look at what’s happening to the various platforms for all content, content is being spread, it’s not just on linear anymore.”

Beyond television rights, the Turner agreement also covers digital content including games for its streaming service. The Turner deal will bring live sports to HBO Max for the first time and gives the website Bleacher Report highlight rights.

“As we look to the future and a younger demographic, having Bleacher Report and HBO Max, these are places that we are going to be moving to and I think that’s going to be great for our fans,” Bettman said.

Both Turner Sports and ESPN also broadcast the N.B.A., Major League Baseball and college basketball, and Bettman believes the multitude of networks, programming and platforms could expand cross promotion.

The N.B.A. and N.H.L.’s regular seasons and playoffs overlap largely, but both Bettman and Zucker seemed undaunted by the prospect of scheduling games, pointing to the entente between the competing companies that now both have hockey rights.

In Canada, hockey dominates the sports landscape, and the N.H.L. is in the midst of a 12-year broadcast rights deal worth more than 5 billion Canadian dollars with Rogers Communications, which owns Sportsnet. Some local television rights, like those of the Montreal Canadiens and the Toronto Maple Leafs, are worth more than $40 million annually.

In the United States, the N.H.L. has strong footing in some markets and wobblier standing in others. Zucker said that the appeal for Turner Sports was in having the rights to “premium sports content.”

“There are only four major sports leagues at the highest level in the United States,” Zucker said. “There are other leagues, and they all have importance and value, but at the end of the day there’s the N.F.L., N.B.A., M.L.B. and N.H.L. are the cream of the crop.”

Denial of responsibility! NewsUpdate is an automatic aggregator around the global media. All the content are available free on Internet. We have just arranged it in one platform for educational purpose only. In each content, the hyperlink to the primary source is specified. All trademarks belong to their rightful owners, all materials to their authors. If you are the owner of the content and do not want us to publish your materials on our website, please contact us by email – [email protected]. The content will be deleted within 24 hours.
7Yearbest sports newsdealmedianews update sportsnewsupdateNHLReach

Emergency program to give people $50 off internet bill