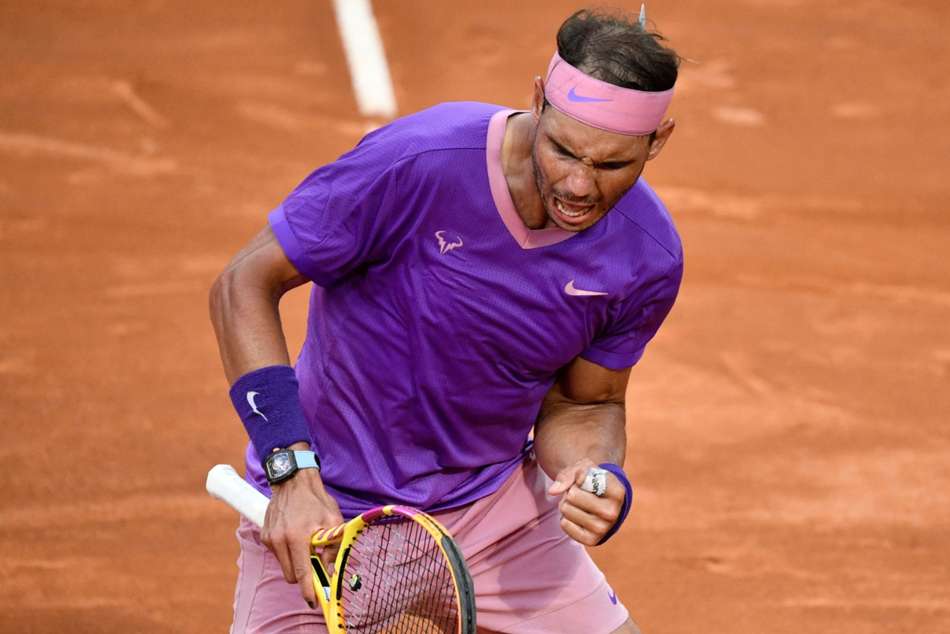 It marked a first Masters 1000 triumph of the year for Nadal, who improved to 4-2 in the finals he has played against Djokovic at the Foro Italico venue.

Victory also secured Nadal a 36th Masters 1000 crown, moving him level with Djokovic’s all-time record since the series was established in 1990.

Djokovic spent almost five hours on court on Saturday in his rain-delayed quarter-final against Stefanos Tsitsipas and subsequent semi-final triumph over Lorenzo Sonego, but he showed no signs of fatigue in the opening stages in Rome.

The Serbian broke in Nadal’s first service game to go 2-0 up, although Spaniard Nadal hit back in the next game before levelling matters at 2-2.

Nadal then broke again, taking advantage of an unconvincing service game from Djokovic at 5-5 on his way to sealing the opening set in one hour and 15 minutes.

Djokovic survived a break point at 1-1 in the second set, before breaking Nadal in the next game to move 3-1 ahead.

The Serbian reeled off five games in a row in all, setting up set point with his fifth ace of the match. He forced a backhand error from Nadal to take the second set in 43 minutes.

Nadal saved two break points at 2-2 in the final set, which provided him with the confidence to break to love and open up a 4-2 lead.

He sealed victory in two hours and 50 minutes, converting his second championship point when Djokovic sent a backhand long.

Denial of responsibility! NewsUpdate is an automatic aggregator around the global media. All the content are available free on Internet. We have just arranged it in one platform for educational purpose only. In each content, the hyperlink to the primary source is specified. All trademarks belong to their rightful owners, all materials to their authors. If you are the owner of the content and do not want us to publish your materials on our website, please contact us by email – [email protected]. The content will be deleted within 24 hours.
10thbest sports newsdItaliaDjokovicInternazionaliNadalnews update sportsnewsupdate