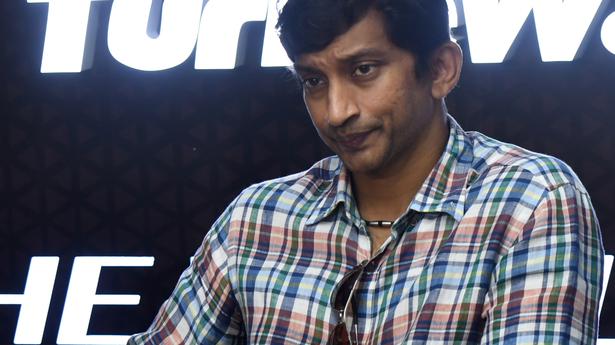 Says Sebastian Vettel made the right call with respect to retirement from Formula one, as a driver tends to lose motivation when he moves to smaller teams

Says Sebastian Vettel made the right call with respect to retirement from Formula one, as a driver tends to lose motivation when he moves to smaller teams

All these years later, Alonso is still going strong. Only a few days ago, the 41-year-old Alonso signed a multi-year contract with the Aston Martin F1 Team.

BREAKING: Fernando Alonso will join Aston Martin from 2023 on a multi-year contract #F1pic.twitter.com/dfwktaMk6F

Karthikeyan believes that the Spaniard has enough spark left to keep going for another decade.

“Alonso has a lot of motivation left in him; he is beating drivers half his age. It is incredible. He has left Formula One to do a bunch of other things like IndyCar, but he has always returned strongly to Formula One. He hasn’t slowed down one bit. I don’t see Alonso going down for the next 10 years,” Karthikeyan said, at the launch event of Turtle Wax Car Care Studios here on Wednesday.

On four-time champion Sebastian Vettel, who announced his retirement recently, Karthikeyan said. “There is no doubt that Vettel is a great driver. Vettel made the right call with respect to retirement, as a driver tends to lose motivation when he moves to smaller teams.”

Thank you for the memories 🤩

Seb will leave the sport as a four-time world champion 🙌#F1#ThankYouSebpic.twitter.com/cJTIeyLgJA

It has been a decade since an Indian driver featured on the Formula One grid. Jehan Daruvala was tipped to be next in line, but an inconsistent show in the 2022 FIA Formula 2 Championship thus far has dented his chances of making the cut. After a bright start to the campaign, the Prema Racing driver has fallen to fifth in the driver standings.

Weekend to forget…
It’s been a difficult few weeks for us as a team, we will work hard over the summer break to find our pace and be back where we belong @PREMA_Team

“It will be a long wait (to see an Indian driver in F1). Jehan needed a very good F2 season with race victories, but that has not happened. His season has been average. There are a lot of drivers with big budgets and better results waiting to get that F1 break. It is a very competitive field. I don’t see it happening for Jehan next year,” Karthikeyan said.

Denial of responsibility! NewsUpdate is an automatic aggregator around the global media. All the content are available free on Internet. We have just arranged it in one platform for educational purpose only. In each content, the hyperlink to the primary source is specified. All trademarks belong to their rightful owners, all materials to their authors. If you are the owner of the content and do not want us to publish your materials on our website, please contact us by email – [email protected]. The content will be deleted within 24 hours.
youngest ever World Drivers’ championAlonsoaston martin f1 teambest sports newsEmerson FittipaldiFernandofernando alonsoFIA Formula 2 Championship