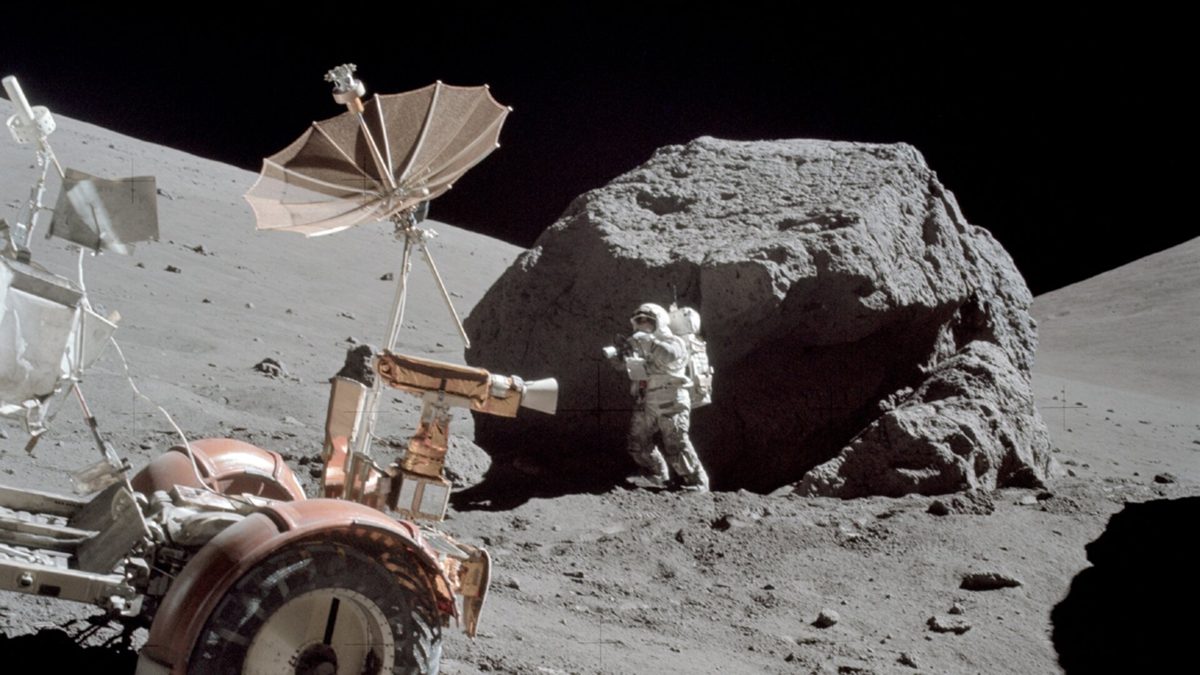 Apollo 17 was known as the last manned mission to the Moon, post that, no other Moon landing missions were put in place. The cause for stopping Moon landing mission was that the cost just became unbearable to the mission handlers. In the Apollo 17 mission, their main objective was geological surveying and sampling of materials and surface features in a preselected area of the Taurus-Littrow region.

Also read: Elon Musk Could Make Twitter Paid for Government and Commercial Users, Will Keep it Free for Others

According to the latest report by NASA, The scientists have now started working on these samples which were kept in a freezer at the NASA Johnson Space Center for the past 5 decades. Scientists at NASA Goddard Space Flight Center have received these lunar samples as part of the Apollo Next Generation Sample Analysis Program, or ANGSA. These samples are being studied in order to prepare for the upcoming Artemis program, which plans to land the first woman and first person of color on the Moon.

The samples have also been distributed for research at NASA’s Ames Research Center in California’s Silicon Valley, the Naval Research Laboratory in Washington, D.C., and the University of Arizona, Tucson. The process of distributing these samples was not as easy as it would seem to be, the process actually had to begin 4 years prior to the distribution.

NASA’s Julie Mitchell and her Artemis curation team were able to provide for this distribution after designing and retrofitting a facility that was able to preserve the frozen samples from the Apollo 17 mission. They were then distributed while being packed with dry ice and then immediately opened and secured in a freezer at the research centres.

After that Jamie Elsila, a research scientist in the Astrobiology Analytical Laboratory at Goddard and Natalie Curran, principal investigator for the Mid Atlantic Noble Gas Research Lab at Goddard, started working with the frozen and non-frozen lunar samples. Check out the statements by Jamie Elsila and Natalie Curran on their research goals below:

Jamie Elsila: “We think some of the amino acids in the lunar soils may have formed from precursor molecules, which are smaller, more volatile compounds such as formaldehyde or hydrogen cyanide. Our research goal is to identify and quantify these small organic volatile compounds, as well as any amino acids, and to use the data to understand the prebiotic organic chemistry of the Moon.”

Natalie Curran: “Our work allows us to use noble gases, such as argon, helium, neon, and xenon, to measure the duration a sample has been exposed to cosmic rays, and this can help us understand the history of that sample. Cosmic rays can be damaging to organic material that may be in a sample, so understanding the duration helps to determine the effects that exposure has had on the organic.”

A part of these samples were preserved at room temperature and the other half of them were kept frozen when they were brought to Earth. This move allowed comparison between the two groups and it also helped the scientist research both sets to figure out if there are differences in the organic content. The main goal was to analyse both preservation techniques and understand the changes between them, this will also help scientists make an informed decision about how to preserve samples from the upcoming Artemis mission.

Continue reading: Doctor Strange in the Multiverse of Madness Has a Lower Metacritic Score Than Its Prequel

Denial of responsibility! NewsUpdate is an automatic aggregator around the global media. All the content are available free on Internet. We have just arranged it in one platform for educational purpose only. In each content, the hyperlink to the primary source is specified. All trademarks belong to their rightful owners, all materials to their authors. If you are the owner of the content and do not want us to publish your materials on our website, please contact us by email – [email protected]. The content will be deleted within 24 hours.
Apollobest games newsbringsgame updategames newsmissionMoonNASA