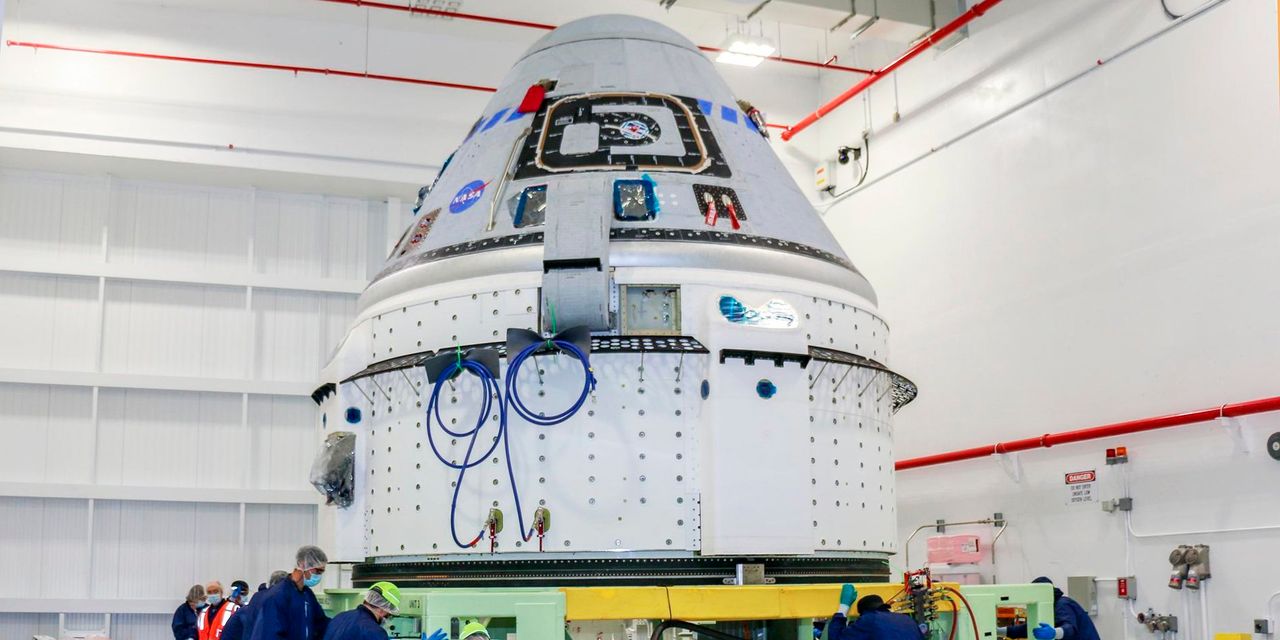 ’s Starliner space vehicle won’t get to attempt launch again this year, NASA officials said Wednesday, and two astronauts who were meant to fly on it were reassigned to a future mission using a SpaceX ship.

Boeing and the National Aeronautics and Space Administration had planned to fly the Starliner, without crew on board, to the International Space Station this past summer. The vehicle, launched into space on a rocket from which it separates, must complete such a test flight before it can try to ferry astronauts to the facility. Boeing and the space agency in August postponed a test mission because some valves on the Starliner’s propulsion system became stuck before launch.

Steve Stich, a program manager at NASA, said during a briefing Wednesday that there won’t be another opportunity this year to complete the Starliner demonstration flight, citing other missions to the space station and coming launches.

Major news in the technology sector.

The earliest the Starliner is likely to try to launch again is the April through June stretch in 2022, according to people familiar with the space vehicle. A spokesman for NASA declined to comment on the timing, and Mr. Stich said at the briefing it was too soon to specify a date for the Starliner test flight as Boeing and the agency work to determine why the valves became stuck.

NASA said it had reassigned two agency astronauts, Nicole Mann and Josh Cassada, who had been tapped to fly on the Starliner during the vehicle’s test mission with crew on board and on a separate flight. Both will now travel to the space station on a future mission using a Space Exploration Technologies Corp. rocket and its Dragon crew capsule.

The agency said in a statement that it shifted Ms. Mann and Mr. Cassada to the future SpaceX launch “to allow Boeing time to complete the development of Starliner,” while permitting the astronauts to gain spaceflight experience.

A spokesman for Boeing said that the company supported NASA’s move to shift the assignments for the astronauts and that Boeing remained committed to safety. “We understand the agency’s need to make adjustments to get members of the current astronaut class flying experience on an operational vehicle while the development of the Starliner spacecraft continues,” he said.

The planned launch of the Starliner in August was meant as a makeup of a botched flight of the vehicle in late 2019. During that mission, the Starliner ended up in the wrong orbit due to a programming error. It also faced a potentially catastrophic error involving its heat shield that was fixed during the flight.

NASA has contracted with Boeing and SpaceX to transport astronauts to the space station. Last year, SpaceX launched two astronauts into orbit, the first human space flight from U.S. soil in nearly a decade.

More WSJ coverage of the company’s troubled attempts at space flight, selected by the editors

—Andrew Tangel contributed to this article.

Denial of responsibility! NewsUpdate is an automatic aggregator around the global media. All the content are available free on Internet. We have just arranged it in one platform for educational purpose only. In each content, the hyperlink to the primary source is specified. All trademarks belong to their rightful owners, all materials to their authors. If you are the owner of the content and do not want us to publish your materials on our website, please contact us by email – [email protected]. The content will be deleted within 24 hours.
aerospaceaerospace productsAerospace Products/PartsAerospace/DefenseAttemptBAbest technology newsBoeing