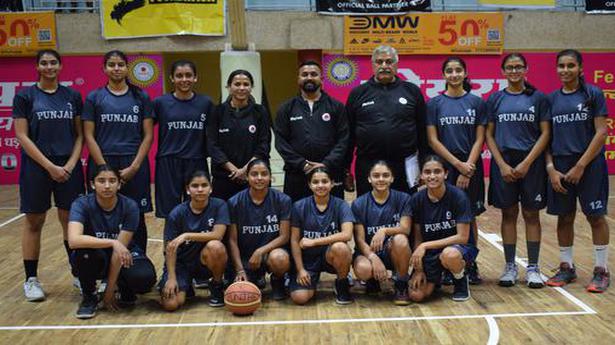 Former outplays Chandigarh for the boys’ crown, while the latter wards off Rajasthan to win girls’ title

Rajasthan and Punjab won the boys’ and girls’ titles respectively in the National junior basketball championships here on Monday.

The boys final was evenly matched till the third quarter with Rajasthan holding on to a narrow lead. However, Rajasthan lifted its game a few notches in the last quarter to score a comprehensive win.

In the girls’ final, Punjab started with a bang and took a 10 point lead at the end of the first quarter. It also won the keenly contested second quarter to increase the lead to 13 points at half-time.

However, Rajasthan fought back in the third quarter which it won 15-8 and narrowed the gap to six points.

Rajasthan continued its revival in the last quarter and reduced the lead to a point but Manmeet Kaur scored a decisive three pointer to clinch the issue in favour of Punjab.

Denial of responsibility! NewsUpdate is an automatic aggregator around the global media. All the content are available free on Internet. We have just arranged it in one platform for educational purpose only. In each content, the hyperlink to the primary source is specified. All trademarks belong to their rightful owners, all materials to their authors. If you are the owner of the content and do not want us to publish your materials on our website, please contact us by email – [email protected]. The content will be deleted within 24 hours.
BasketballBasketball Indiabest sports newsChampionshipscontrastinghonoursJuniorJunior basketball championship