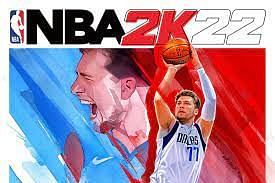 With NBA 2K22 now officially out as of 10th September 2021, gamers are rushing to unpack the new features and upgrades that the latest iteration of the game includes. Apart from a range of offensive and defense-related upgrades, the overall MyCareer and MyNBA game modes have also seen a huge transformation.

However, in order to survive and grow in NBA 2K22, earning and grinding for Virtual Currency (VC) is easily the most important and time-consuming aspect in-game. While pre-ordering NBA 2K22 allowed gamers to acquire a range of bonus items, including extra VC, there are various steps that can be followed to quickly earn large amounts of VC in NBA 2K22.

First and foremost, there are various in-game methods that can be used to earn quick VC. Like every free-to-play game, NBA 2K22 allows players to buy virtual currency using real money. However, for gamers who do not want to spend their hard-earned cash, a range of in-game activities can be performed to gain VC.

The most obvious method to earn extra VC would be to spend time playing PRO Am games in NBA 2K22. To do so, players need to either have to join a 3 or 5-member team, or create their own and recruit others.

The PRO Am mode in NBA 2K22 allows players to engage in 3V3 or 5V5 matches with even participation also leading to the earning of large amounts of VC.

Secondly, with the increase in realism and a range of new activities that players can indulge in, including aimlessly walking around the all new city, players can also use complete quests in order to earn extra VC. Various sponsorship quests, season quests and city MVP Quests can easily be completed to earn Virtual Currency.

The game’s quest board allows players to see the challenges and quests that they can complete in addition to the potential earnings in VC. Of course, the quests board will also have a range of daily quests that will be updated every day.

NBA 2K22 includes “Ante Up” courts where players can even bet on upcoming and ongoing in-game matches. Of course, while gambling is a possibility, it also involves a huge amount of risk and players might end up losing VC.

Regardless, the easiest way to earn VC in NBA 2K22 is simply by logging in everyday to collect the daily log-in reward. In order to do so, players will have to interact at the reward locations for that particular day.

Grinding in different game-modes such as The Rec and MyTeam mode is also another effective way of earning VC, with each game mode having its own specific rewards.

The MyTeam and MyNBA game mode allows various in-game decisions to influence the amount of VC players will be able to earn, and spending a few hours playing the game everyday should allow players to accumulate large amounts of VC.

Finally, as the game has only recently been released, a range of featured NBA athletes have also put out Twitter posts hosting giveaways, with the official NBA Twitter profile also posting information about various giveaways of VC in recent days.

Hence, if the above methods appear a bit too time-consuming, riding your luck and trying to win one of the multiple giveaways might be the way out for players.

Denial of responsibility! NewsUpdate is an automatic aggregator around the global media. All the content are available free on Internet. We have just arranged it in one platform for educational purpose only. In each content, the hyperlink to the primary source is specified. All trademarks belong to their rightful owners, all materials to their authors. If you are the owner of the content and do not want us to publish your materials on our website, please contact us by email – [email protected]. The content will be deleted within 24 hours.
Loading...
2K22Basketballbest sports newsEarnEasyFastfeatureKareem Abdul-Jabbar

‘CSK bowlers pride themselves on bowling well at backend’:…