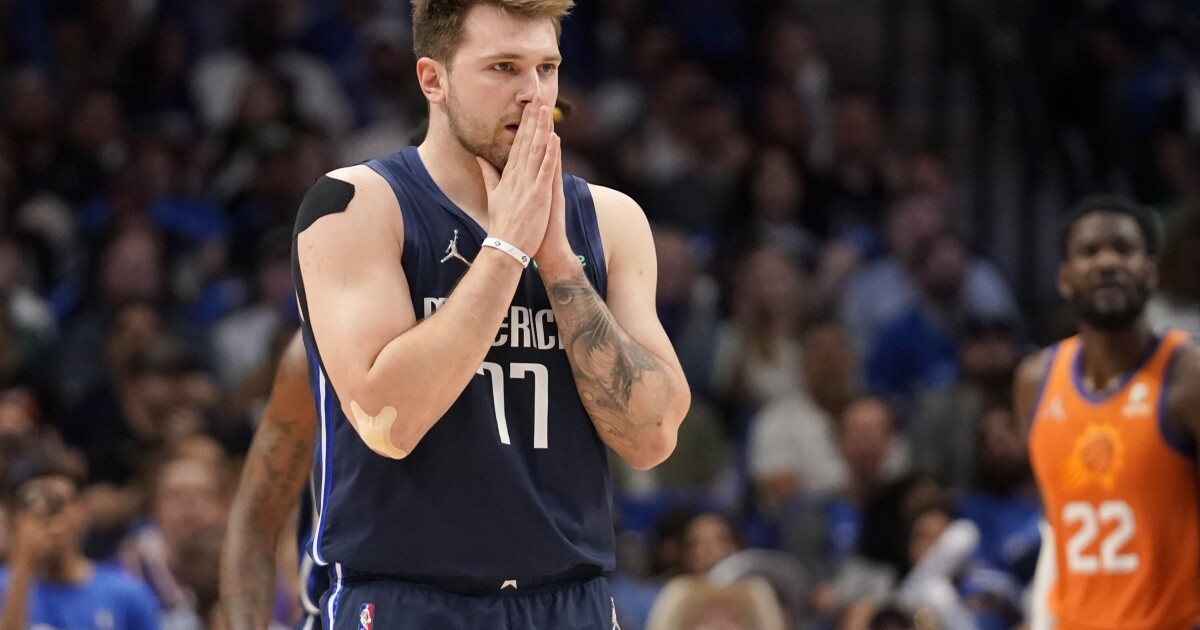 Luka Doncic scored 26 points and the Dallas Mavericks took advantage of foul trouble for Chris Paul to beat the Phoenix Suns 111-101 on Sunday in Dallas, evening the Western Conference semifinal series at 2-2.

Paul was out of Game 4 early in the fourth quarter, the period when he often dominated the Mavericks during an 11-game winning streak that ended with consecutive home victories for Dallas. Game 5 is Tuesday night in Phoenix.

Dorian Finney-Smith scored a playoff career-high 24 points on the most three-pointers he’s had, regular season or playoffs. He was eight of 12 from deep, including consecutive three-pointers for a 14-point lead midway through the fourth quarter.

Dallas matched its 20 three-pointers (20 of 44) from a Mother’s Day rout of the Lakers in 2011, a win that completed on a four-game sweep in the second round on the way to the championship. The Mavericks are playing beyond the first round for the first time since then.

Devin Booker scored 35 points for the Suns, who dropped two straight on the road with a 2-0 series lead just as they did in last year’s NBA Finals. Milwaukee won the last four to take the title. Top-seeded Phoenix lost consecutive games for the first time in the playoffs.

Turnovers were the story with Paul in Dallas’ Game 3 win, when the 37-year-old had the most in any half for his playoff career with seven before halftime.

This time it was fouls, and it started when coach Monty Williams put him back in the game with three in the final minute of the first half. Paul picked up his fourth just before the halftime buzzer when he tried to rebound his own miss and bumped Doncic.

Just 2½ minutes into the second half, Williams had no choice but to use his challenge when Paul stopped his dribble and backed into Jalen Brunson. The fifth foul was upheld on review.

The sixth also came against Brunson just a minute and a half after Paul had returned in the fourth. Paul finished with five points.

Booker kept the Suns close into the fourth quarter despite long stretched without his backcourt mate, but Doncic eventually wore them down with post-ups and other drives for buckets or assists. He had 11 assists.

Denial of responsibility! NewsUpdate is an automatic aggregator around the global media. All the content are available free on Internet. We have just arranged it in one platform for educational purpose only. In each content, the hyperlink to the primary source is specified. All trademarks belong to their rightful owners, all materials to their authors. If you are the owner of the content and do not want us to publish your materials on our website, please contact us by email – [email protected]. The content will be deleted within 24 hours.
best sports newsDoncichelpsLukaMavericksNBAnews update sportsnewsupdate