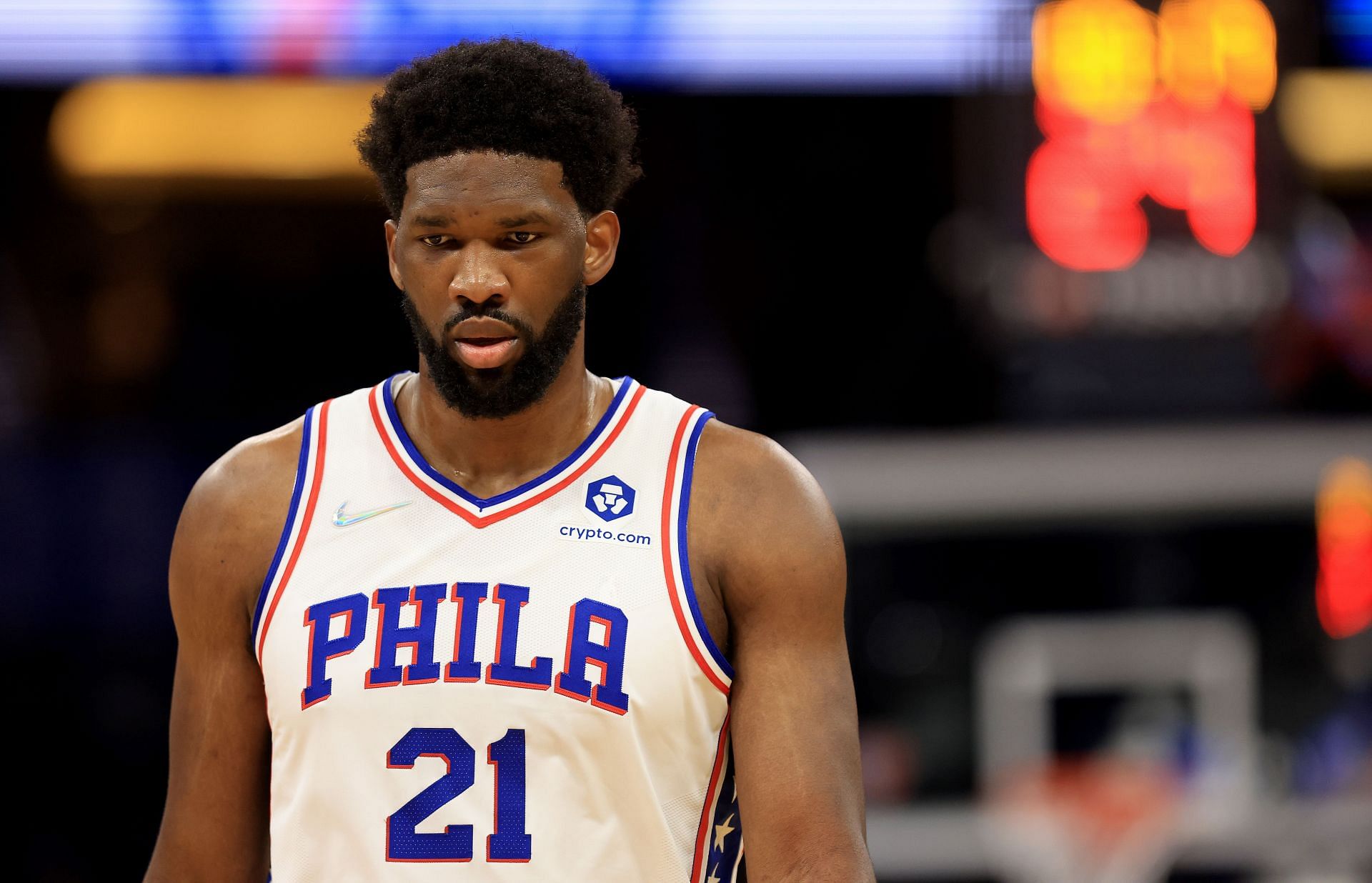 NBA Rumors: Joel Embiid wanted to team up with 3-time All-Star ahead of James Harden

James Harden is officially a Philadelphia 76er, and he and Joel Embiid will be making one of the best frontcourt/backcourt pairings in the NBA. However, Embiid had his eyes set on another star to pair up with.

“But Embiid really wanted Beal because he felt like he was a better fit.”

Beal is out season-ending wrist surgery, which Simmons later said let the 76ers start to go in a different direction, leading them to Harden. Both Harden and Beal have had down years. Much of those struggles have had to do with injuries but also seeming disgruntled in playing situations.

This report could bring up some questions about the new relationship between Harden and Embiid, but it shouldn’t be too hard to manage with it just starting. Both players fit what Embiid and the 76ers need to reach the next level.

Who is a better fit for Joel Embiid: James Harden or Bradley Beal?

Joel Embiid has been making his case to be this year’s MVP, and he put on dazzling display after dazzling display. The issue has been that the 76ers have been without a second star for most of the season, putting a lot on Embiid’s plate to do every night.

Having that second star in James Harden could lower Embiid’s induvial numbers, but help him in the long run by allowing the team to have more balance. In a way, Bradley Beal would have offered similar things to Harden.

Both have proven to be elite scorers, have averaged over 30 points in a season and have been elite shooters. Both can provide rim pressure through drives, allowing them to rack up free-throw attempts.

However, they do have some key differences. Beal overall is a more well-rounded player. Beal is the better defender and has shown the ability to play off-ball and cut into space. This is probably why Embiid thought Beal would be a better fit as Beal has demonstrated that he can be an elite player without the ball.

On the other hand, even though Harden’s lack of defense and movement without the ball is well noted, his playmaking ability is entirely different. Beal has never averaged more than seven assists per game in a season. But Harden has not gone below that number since 2013-14. Harden’s playmaking relies on him always having the ball in his hands, which could take away from Embiid’s touches.

Both Harden and Beal offer similar but slightly different things. But Harden will be Joel Embiid’s new running mate and will likely make an immediate impact on the NBA.

Denial of responsibility! NewsUpdate is an automatic aggregator around the global media. All the content are available free on Internet. We have just arranged it in one platform for educational purpose only. In each content, the hyperlink to the primary source is specified. All trademarks belong to their rightful owners, all materials to their authors. If you are the owner of the content and do not want us to publish your materials on our website, please contact us by email – [email protected]. The content will be deleted within 24 hours.
3timeaheadAllStarBasketballbest sports newsBrooklyn NetsEmbiidHarden

5 Dream matches for Cesaro outside WWE