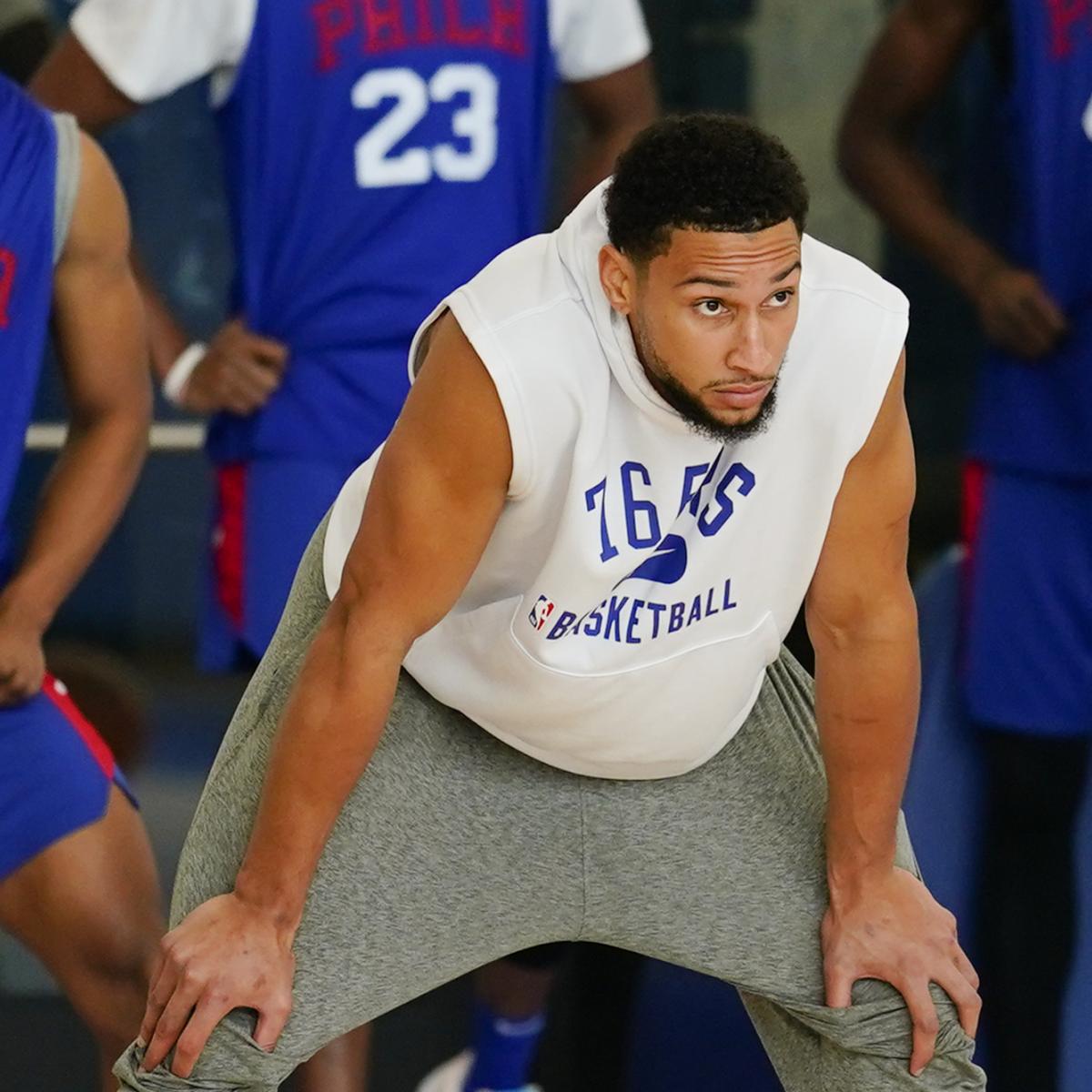 The NBA rumor mill is humming.

Whatever word best describes a flurry of activity for you, that’s the one you should communicate to your brain.

Trade talks are happening. Teams are dreaming of buyouts. And one coaching seat is heating up in a hurry.

It’s all here in the latest rumor roundup, so let’s dive in and dissect.

The Philadelphia 76ers have seemingly been chasing a general concept in the ongoing Ben Simmons trade talks. Team president Daryl Morey is on record saying they are seeking “a difference-maker,” which could mean any number of things.

Now, we have an idea of why Philly hasn’t been more specific.

The Sixers reportedly have a list of “approximately 30 players” they would take back in return for Simmons, per The Athletic’s Sam Amick. Anyone hoping this situation resolved soon—surely starting with Simmons—shouldn’t bother holding their breath, as Philly thinks “a fair amount of them,” which Amick characterized as five to 10, could become available in the next year or two.

As one Sixers source put it, “This is like a multiyear thing.”

On that note, Keith Pompey of the Philadelphia Inquirer reported the Sixers have mulled the possibility of keeping Simmons for the duration of this campaign and pursuing a James Harden sign-and-trade next summer. This isn’t the first time the Sixers have set their sights on Harden, so this news shouldn’t come as too big of a surprise, even if the timeline of said swap might not be what many had in mind.

If Philadelphia brokers a Simmons blockbuster sooner, Pompey added that Jerami Grant has surfaced in conversations with the Detroit Pistons. The discussed package was “Grant, another forward, a young player and a draft pick,” although a source told Pompey that Philadelphia “hasn’t spoken to the Pistons lately.”

The Miami Heat don’t have a lengthy wish list after beefing up their roster with Kyle Lowry and P.J. Tucker this offseason, but they could use another shot-creator behind Lowry.

Barry Jackson of the Miami Herald mentioned one name as a possibility, although the idea was also shot down in the same report.

“Though the Heat would have interest in adding point guard John Wall if he’s bought out by Houston, ESPN said that’s not happening because Wall doesn’t want to give up his $47.4 million player option next season, let alone his $44.3 million salary this season,” Jackson wrote.

Miami’s interest checks out, and not solely for its need for a second unit floor general. Heat president Pat Riley seemingly gets a Spidey sense-style alert any time a distressed star is on the market, and even if Wall isn’t the All-Star force he once was, he could be more than capable of piloting a bench mob.

Given the finances, though, the Heat probably aren’t getting their hopes up. While a buyout seems the likeliest way to end Wall’s tenure with the Houston Rockets, that seems unlikely to happen before 2022 at the earliest.

Luke Walton has never seemed to have much in the way of job security as head coach of the Sacramento Kings, so it’s little surprise to hear he might be back in the crosshairs with the Kings off to another sub-.500 start.

The Athletic’s Sam Amick and Shams Charania reported Walton’s “job status will likely be in peril soon” if his squad can’t snap out of this funk. The Kings have lost five of their last six games, and they’ll have a hard time changing their fortune with the competition level rising on the upcoming schedule.

The Kings are reportedly “determined to break their 15-year playoff drought,” and while one could argue that Walton may not have the players to do it, that may not be enough to extend his stay in Northern California.

Denial of responsibility! NewsUpdate is an automatic aggregator around the global media. All the content are available free on Internet. We have just arranged it in one platform for educational purpose only. In each content, the hyperlink to the primary source is specified. All trademarks belong to their rightful owners, all materials to their authors. If you are the owner of the content and do not want us to publish your materials on our website, please contact us by email – [email protected]. The content will be deleted within 24 hours.
Benbest sports newsJohnLatestLukeNBAnews update sportsnewsupdate