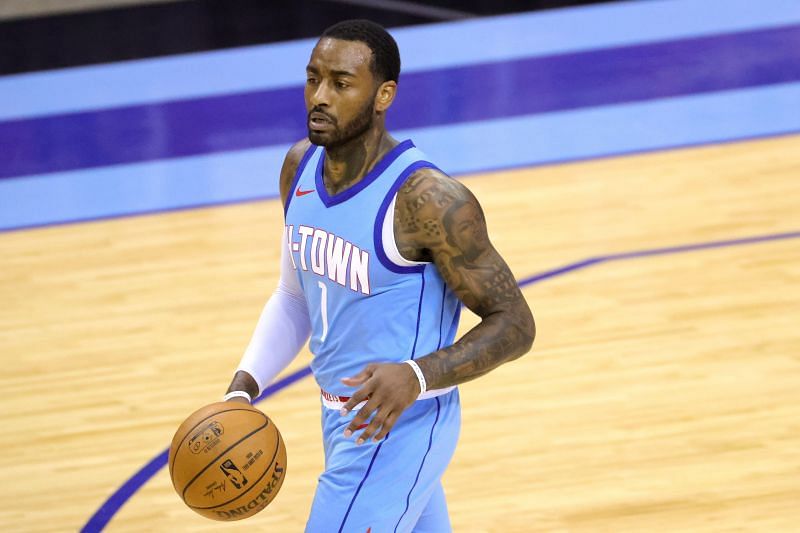 NBA Trade Rumors: John Wall and Houston Rockets decide to part ways; will mutually work towards a landing spot for the 5-time All-Star

Former NBA All-Star John Wall and the Houston Rockets have come to a mutual decision regarding the point guard’s future at the franchise. After just a year of staying with the Houston Rockets, the 5-time All-Star, John Wall, has decided to find a new team to get back to his All-Star level potential.

According to Shams Charania of The Athletic, John Wall and the Houston Rockets met face-to-face and decided on the point guard’s future at the franchise. The two parties mutually agreed on what would be best for both and accordingly made the decision for him to leave.

Sources: John Wall, Houston Rockets meet and mutually agree to work together on finding a new home for the five-time All-Star guard. Plan is for Wall to be present at training camp, but not play in Rockets games this season.

The veteran is a certified bucket and has been in the league for 12 seasons now. His explosive ability on the court makes him a special talent. Last season, John Wall only managed to play 40 games, where he averaged 20.6 PPG while shooting 40.45 from the field. However, his season was cut short after a hamstring injury.

The Athletic also reported that John Wall will be involved in the Houston Rockets training camp, which starts later this month. But citing his move, the point guard won’t feature in any games for the Rockets this season.

John Wall was added to the Houston Rockets in exchange for Russell Westbrook and a first-round pick. His arrival didn’t help the team reach expected glory, as the Rockets finished rock bottom in the Western Conference. They managed a 17- 55 record in the league and failed to live up to the pre-season expectation.

Sources have also confirmed that there will be no buyout on John Wall’s remaining two-year contract that comes up to $91.7 million. The player also had a 47.4 million player option for the 2022-23 season on his contract.

What’s next for John Wall after his exit from the Houston Rockets?

John Wall still has a lot of basketball left in him. He is still only 31 and proved in the limited time last season that he can play at the top level. With many teams still looking for an elite point guard, this news may very well alert several franchises in the league.

His move away from the Houston Rockets certainly may have given a team like the New Orleans Pelicans or New York Knicks some hope as they look to recruit in the point-guard position. However, the decision lies in the hands of Wall, who will very much want to make a move to a team where he can unleash his actual potential.

In his best season at the Washington Wizards, John Wall averaged 23.1 PPG. He formed a formidable backcourt with Bradley Beal there and the two also carried the team to several playoff appearances. Approaching the latter stages of his career, John Wall will certainly look to move to a club where he can compete for a championship.

Loading...
Denial of responsibility! NewsUpdate is an automatic aggregator around the global media. All the content are available free on Internet. We have just arranged it in one platform for educational purpose only. In each content, the hyperlink to the primary source is specified. All trademarks belong to their rightful owners, all materials to their authors. If you are the owner of the content and do not want us to publish your materials on our website, please contact us by email – [email protected]. The content will be deleted within 24 hours.
Loading...
5timeAllStarBasketballbest sports newsdecideHoustonhouston rocketsJohn

It’s a Good Day to Update All Your Devices. Trust Us