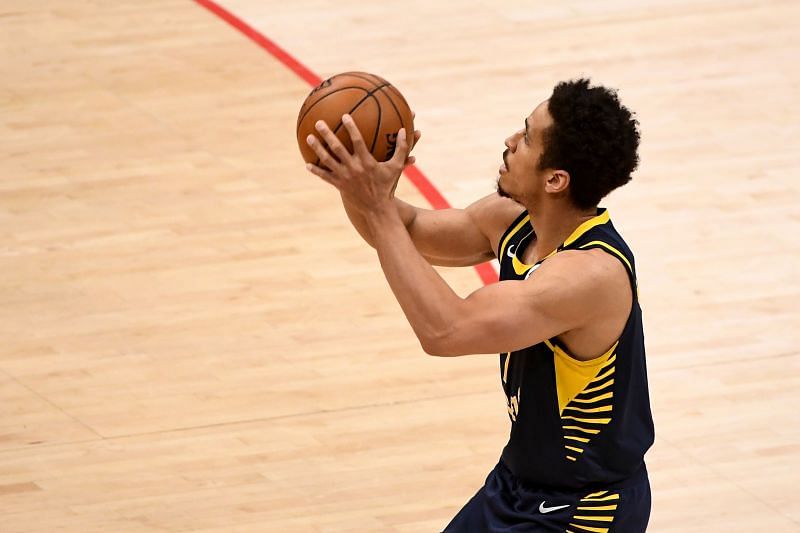 NBA insider Jordan Schultz has sparked new NBA trade rumors by revealing that the Philadelphia 76ers have inquired about the availability of Indiana Pacers’ Malcolm Brogdon.

Schultz had earlier reported that the 76ers are interested in Pacers swingman Caris LeVert, who is considered a high potential player in the NBA.

The Philadelphia 76ers are reportedly impressed by Brogdon’s two-way game, in addition to his versatility, which enables him to play both the guard positions. They consider him to be an excellent fit alongside Joel Embiid.

It certainly looks like the Philadelphia 76ers front office will soon be approaching the Indiana Pacers with an offer to acquire the former Milwaukee Bucks star.

NBA trade rumors: The Philadelphia 76ers will have to move quickly to fill up the potential void left by Ben Simmons

If NBA trade rumors are to be believed, the Philadelphia 76ers will have to deal with the departure of Ben Simmons in the coming weeks. The point guard has not been in active touch with the franchise and has expressed his desire to leave the team before the commencement of the 2021/22 NBA campaign.

In addition to Caris LeVert, sources say the #Sixers have also inquired about Malcolm Brodgon – citing his high-level two-way game and capacity to play both guard positions as a plus alongside Joel Embiid. One more note: The #Pacers control all of their draft picks as well.

In addition to Caris LeVert, sources say the #Sixers have also inquired about Malcolm Brodgon – citing his high-level two-way game and capacity to play both guard positions as a plus alongside Joel Embiid. One more note: The #Pacers control all of their draft picks as well.

Simmons has been linked with the Portland Trail Blazers, Sacramento Kings, and the Indiana Pacers. And it looks like Rick Carlisle’s side are going to end up with the Australia international.

Simmons is a brilliant defensive player with a penchant for playmaking. He remains one of the most unique talents in the league.

Ben Simmons will be a huge miss for the Philadelphia 76ers. However, considering the current situation, the franchise will not think twice before trading him for a suitable package.

Both Ben Simmons and the Philadelphia 76ers have played a role in decreasing the defensive maverick’s value. However, a package involving picks, Brogdon, and LeVert should move the needle for Daryl Morey and co.

If the deal goes through, the Philadelphia 76ers would have exchanged unhappy players for two relatively young players with a high ceiling.

The 76ers are vying for an NBA championship but will have to navigate their way through a difficult Eastern Conference. The conference has teams like the Brooklyn Nets, 2021 champions Milwaukee Bucks and the rejuvenated Miami Heat.

Denial of responsibility! NewsUpdate is an automatic aggregator around the global media. All the content are available free on Internet. We have just arranged it in one platform for educational purpose only. In each content, the hyperlink to the primary source is specified. All trademarks belong to their rightful owners, all materials to their authors. If you are the owner of the content and do not want us to publish your materials on our website, please contact us by email – [email protected]. The content will be deleted within 24 hours.
76ersBasketballbest sports newsBrogdonIndianaMalcolmMalcolm BrogdonNBA