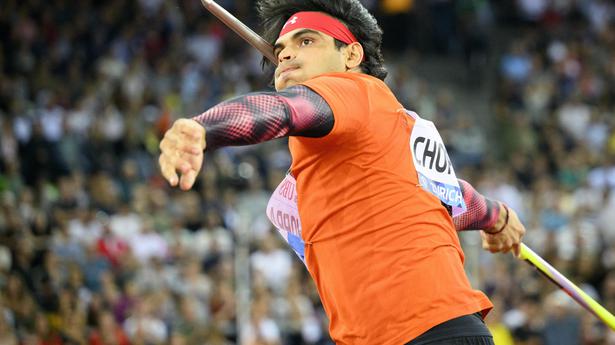 Neeraj focused on performance not results

Neeraj Chopra added another first to his already burgeoning list of achievements with the Diamond League Finals trophy on Thursday, but the Olympic champion knows how to keep himself grounded. Not forgetting his early struggles is part of that.

“The important thing is to leave your comfort zone. Coming from school, rushing to catch the bus, going to the stadium to train every day, taking lifts on the way back — it was difficult, but I enjoyed the routine. Back then I never thought I would reach this level but I really enjoyed those challenges and that has brought me this far,” Neeraj said in an interaction on Friday.

With his growing list of achievements, Neeraj is also now a bona fide ambassador of Indian athletics and admitted it felt good when other athletes take an interest in him. “Everyone knows athletics is growing in our country. People abroad see videos of fans waiting for me at the airport, the celebrations here and they want to know more because it doesn’t happen so much there. They are interested, people ask me about India and our culture and it feels good that the popularity is growing,” he said.

The big 90m question came up, again, and Neeraj laughed it away, like always, putting things in perspective. “It is a barrier but let’s say I hit it and don’t win a medal — then the talk will be of hitting 93 or 94m. So what is the point? The main thing is to win a medal and I am happy that I have been consistent this season. There are times when medals come with a shorter throw or slower timing but people don’t realise that it simply means the conditions were tough and you managed to adjust better than the rest. The 90m will happen when it has to,” he explained, hoping to put the matter to rest.

It’s a recurring thing with Chopra — prioritising performance and improvement over everything else. And as always, he is ready to stand up for other athletes regardless of the results. “People expect a gold every time I compete but it isn’t possible. When I won silver at the World Championships, some people were unhappy it wasn’t a gold. Winning is not everything. There is already so much pressure to perform, you have to also support athletes who fail, only then the numbers will go up,” he was candid.

The Zurich event was the last in a hectic but rewarding season for the 24-year-old who started late, had an injury scare after the World Championships but ended with a flourish and is now looking forward to a well-deserved holiday with family and friends. With an equally hectic year ahead, he will welcome every break.

Denial of responsibility! NewsUpdate is an automatic aggregator around the global media. All the content are available free on Internet. We have just arranged it in one platform for educational purpose only. In each content, the hyperlink to the primary source is specified. All trademarks belong to their rightful owners, all materials to their authors. If you are the owner of the content and do not want us to publish your materials on our website, please contact us by email – [email protected]. The content will be deleted within 24 hours.
best sports newsfocusedNeerajnews update sportsnewsupdateperformanceresultssports news

NBA 2K23 Best Team Ratings: From The Star-Studded Bucks To The Weaponless Spurs