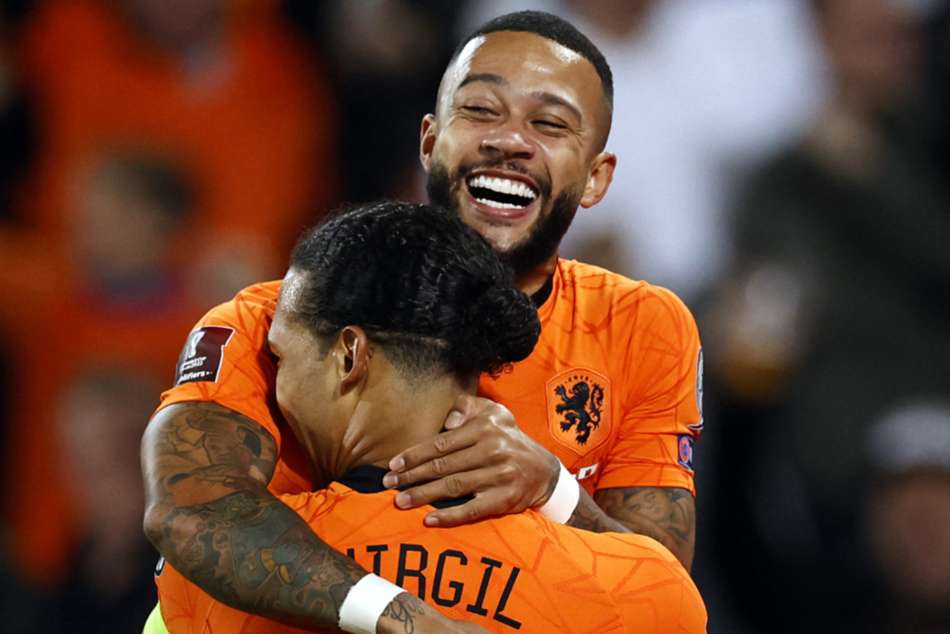 Netherlands 6-0 Gibraltar: Depay at the double as Oranje cruise to big win

Virgil van Dijk’s early header got the ball rolling, with Depay responding to Bradley Banda saving his spot-kick by finishing off a neat team move and scoring a second penalty as the Oranje went in at half-time with a commanding lead.

Denzel Dumfries wasted no time in adding to the scoreline in the second half, before substitutes Arnaut Danjuma and Donny Malen completed the scoring to condemn Gibraltar to an eighth defeat from eight.

The Netherlands can ill afford to slip up, with Norway two points behind them, but that was never likely here as Van Dijk opened the scoring inside nine minutes, losing his marker with ease and nodding Depay’s corner in at the near post.

Stefan de Vrij’s header was blocked in the box by the arm of Graeme Torrilla, with a penalty awarded following a VAR review, yet Depay’s spot-kick was at a nice height for Banda to make a convincing save.

The Gibraltar goalkeeper could do little two minutes later, however, as Noa Lang’s superb pass carved the visiting defence open and Davy Klaassen squared for Depay to tap in.

Banda made fine saves from Georginio Wijnaldum and De Vrij, but another handball – this time Julian Valarino blocking Steven Berghuis’ right-wing cross – gave Depay a second opportunity from the spot he would not pass up.

Dumfries made it 4-0 shortly after the restart, finding himself in the centre of the box to head in Lang’s left-wing cross, and a lull in the scoring was brought to an end 15 minutes from time when Wout Weghorst flicked on to Danjuma, who steered the ball into the bottom-left corner on the stretch.

Weghorst thought he had got his name on the scoresheet when he nodded over Banda but Roy Chipolina hacked off the line, with the sixth instead belonging to Malen after slick interplay involving Depay.

Denial of responsibility! NewsUpdate is an automatic aggregator around the global media. All the content are available free on Internet. We have just arranged it in one platform for educational purpose only. In each content, the hyperlink to the primary source is specified. All trademarks belong to their rightful owners, all materials to their authors. If you are the owner of the content and do not want us to publish your materials on our website, please contact us by email – [email protected]. The content will be deleted within 24 hours.
best sports newsbigCruiseDepaydoubleGibraltarNetherlandsnews update sports