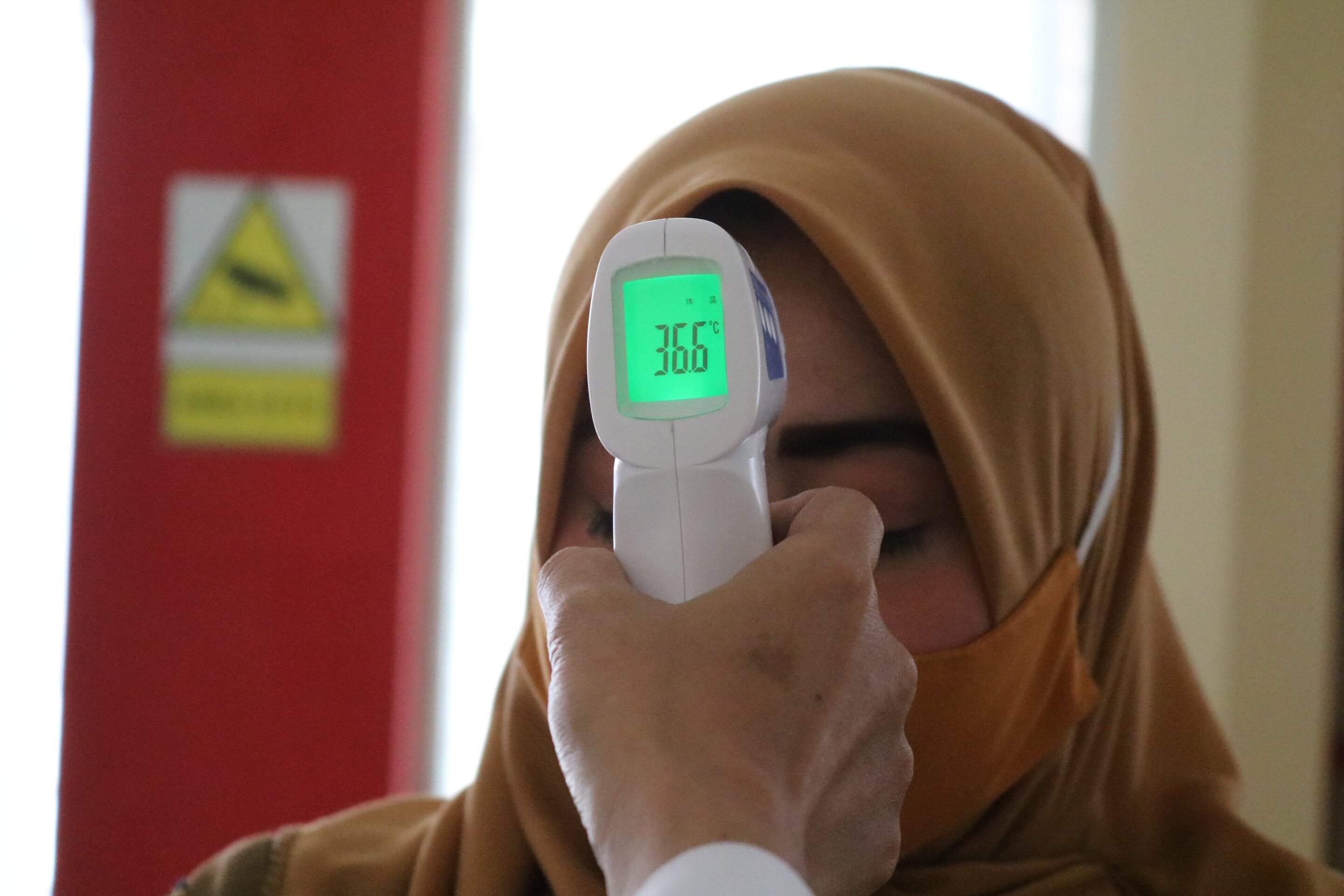 Public temperature checks have become common practice around the world during the COVID-19 pandemic. Researchers at Texas A&M University hope to make it possible to check the temperatures of large groups of people more quickly and at a less expensive cost than allowed by current methods.

Choongho Yu, professor and Sallie and Don Davis ’61 Faculty Fellow II in the J. Mike Walker ’66 Department of Mechanical Engineering, is working alongside his students to harness the thermal energy generated by body heat to power a small, self-sustaining electronic device capable of detecting fever in its wearer. The team’s research was recently published in Nature Communications.

If successful, Yu said such a device could benefit a large number of people—especially when implemented in a public setting—by quickly and efficiently identifying fever.

“The fever detector can be distributed to many unspecified people at public places at a low price, and this technique could be helpful in the early and fast detection of fever commonly observed from a viral infection such as COVID-19, SARS, MERS and swine flu,” Yu said.

Graduate student Yufan Zhang, who works with Yu on the project, said that while fever detection can serve as an effective way to minimize viral transmission during a pandemic, a cheap, visible and self-sustainable technique is needed to accomplish this goal.

“Thermal energy scavenging shows great potential since an output voltage can be obtained by a temperature difference supplied by the fever,” Zhang said. “To visualize the temperature changes, an electrochromic fever detector has been fabricated and connected to the thermal energy harvester.”

Using new principles of thermo-hydro-electrochemical energy conversion, Yu and his team are working to develop an effective method of providing charge to their fever detection device by harnessing the thermal energy typically wasted by its user via the corrosion properties of carbon steel electrodes.

“Our device is based on carbon steel corrosion to generate voltage and current,” Yu said. “The lifetime of our device depends on the speed of the corrosion process.”

Given the typical rate of corrosion for carbon steel, Yu said the amount utilized by their device could last for more than a decade.

While the team is still working to improve the power and current of the device, the results so far have been promising, with the observed thermal-to-energy conversion generating an unprecedented 87 millivolts per degree Celsius. This has provided a few volts—large enough to operate typical wearable electronics—by connecting between four to eight devices in a series, unlike conventional thermoelectric devices that require at least 1000 devices to get an equivalent voltage.

Denial of responsibility! NewsUpdate is an automatic aggregator around the global media. All the content are available free on Internet. We have just arranged it in one platform for educational purpose only. In each content, the hyperlink to the primary source is specified. All trademarks belong to their rightful owners, all materials to their authors. If you are the owner of the content and do not want us to publish your materials on our website, please contact us by email – [email protected]. The content will be deleted within 24 hours.
batterybest technology newsdetectorFevernews update technewsupdatePowerselfsustaining

“I’m going for X”: NRG Hamlinz says he would have wanted to date xQc if he was a girl