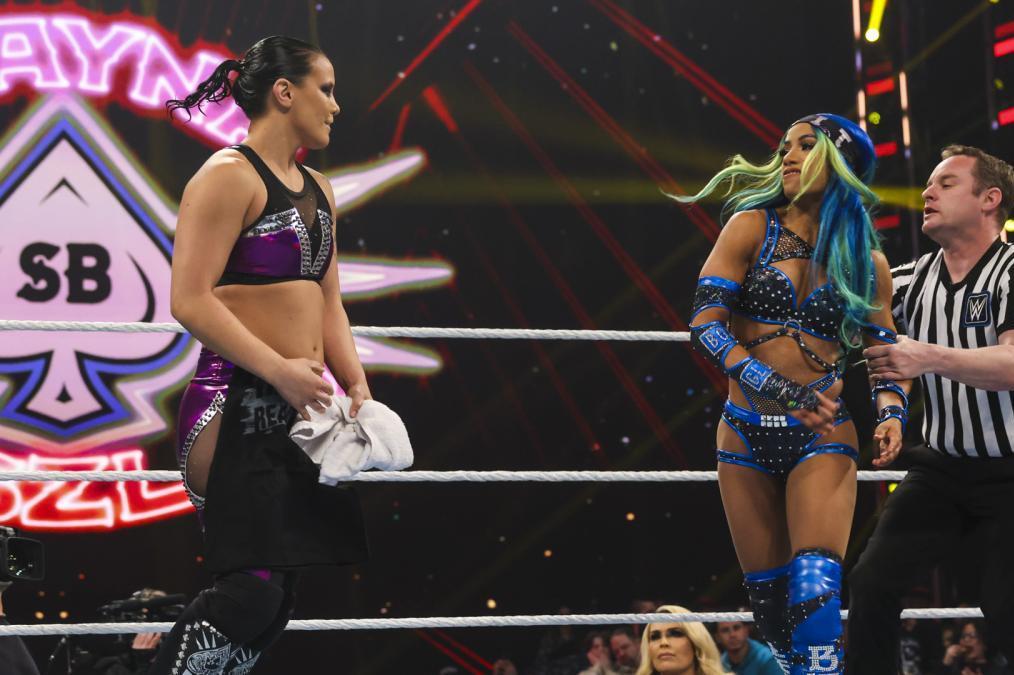 This week, Rampage was moved to a much earlier 5:30 p.m. timeslot due to the NBA airing on TNT, which was quite an adjustment.

This week’s SmackDown was the go-home show for WrestleMania Backlash on Sunday, so quite a few of the segments hyped one of the matches on the card.

Over on Rampage, the women’s division was highlighted with two fun matches, and Scorpio Sky showed us why he needs to go back to being a babyface and ditch American Top Team.

This week’s Rampage featured a promo segment with Scorpio Sky, Dan Lambert and Ethan Page that included Frankie Kazarian throwing down a challenge for the TNT Championship.

While Lambert and Page gave their usual heel speeches, Sky seemed to be leaning the other way. Other than one random insult toward Tay Conti, everything he said could be considered a babyface promo.

The way the crowd was reacting to him is a clear sign that AEW needs to get Sky away from Lambert ASAP and turn him back into the heroic character he once was.

Lambert helped get a little bit of heat on Sky and Page, but his presence has felt unnecessary for a couple of months. His shtick feels a little too repetitive, which is saying something in the world of pro wrestling.

Once Sky defeats Kaz to retain his belt, he needs to go his own way, whether Page comes with him or not. It’s time to pull the trigger on making Sky a fan favorite.

For several months, one of the criticisms levied at AEW is its low number of women’s matches, so seeing a full half of this week’s Rampage devoted to the division was a nice change of pace.

Not only did we get two women’s bouts, but they were both given a good amount of time so that they felt competitive and gave everyone involved a chance to stand out.

The first bout with Britt Baker and Jamie Hayter taking on Toni Storm and Ruby Soho addressed two intertwined feuds, and the other was an Owen Hart Foundation Tournament qualifier between two of AEW’s most popular Joshi talents, Riho and Yuka Sakazaki.

Baker, Hayter, Soho and Storm arguably had the Match of the Night, and the fans were heavily invested in both bouts.

It will be interesting to see if this becomes a trend. AEW has a big roster of talented women, so finding more ways to use them should be a top priority.

When WWE brought Shayna Baszler into NXT, it was as a member of The Four Horsewomen of MMA. For quite some time, people only associated her with being Ronda Rousey’s friend.

As she progressed, The Queen of Spades quickly became the most dominant NXT women’s champion in history and ended up carrying that success onto the main roster for a short time.

Shortly after her call-up, she took out every other competitor in an Elimination Chamber to earn a title shot at WrestleMania 36. She ended up losing that bout against Becky Lynch and has been underused ever since.

Her run in the women’s tag team division has seen her partner with a couple of different competitors, but none of it has brought her back to the level she was at two years ago.

Not only is she one of the most legit fighters on the roster, but she has proved she can put on great matches when given the opportunity. If WWE had followed through on her initial push and put the title on her, she might still be a top heel.

If management can’t find a better way to use her than what we have seen over the past 24 months, she could end up choosing not to re-sign when her deal comes up.

She did manage to get a win over Sasha Banks this week, so at least she is getting marks in the W column again.

The New Day has been struggling to find its place in 2022, especially since Big E was injured, but this week’s SmackDown helped remind everybody why they are considered one of the best tag teams in the business.

Kofi Kingston and Xavier Woods took on Sheamus and Ridge Holland in a fantastic tables match that highlighted the strengths of everybody involved.

Even though all four competitors did solid work here, Kingston was arguably the MVP. Every high spot he hit looked amazing, and the crowd was eating it up.

Had this bout taken place at WrestleMania Backlash, it likely would have ended up being one of the best matches of the night.

Once WWE decides what it wants to do with the tag title scene, The New Day needs to get back into the hunt for gold. This stuff with Sheamus, Holland and Butch will, hopefully, run its course soon.

Denial of responsibility! NewsUpdate is an automatic aggregator around the global media. All the content are available free on Internet. We have just arranged it in one platform for educational purpose only. In each content, the hyperlink to the primary source is specified. All trademarks belong to their rightful owners, all materials to their authors. If you are the owner of the content and do not want us to publish your materials on our website, please contact us by email – [email protected]. The content will be deleted within 24 hours.
AEWBabyfacebest sports newsDayFridaynews update sportsnewsupdaterocks

‘Eve Online’ is doing an official collaboration with Microsoft Excel