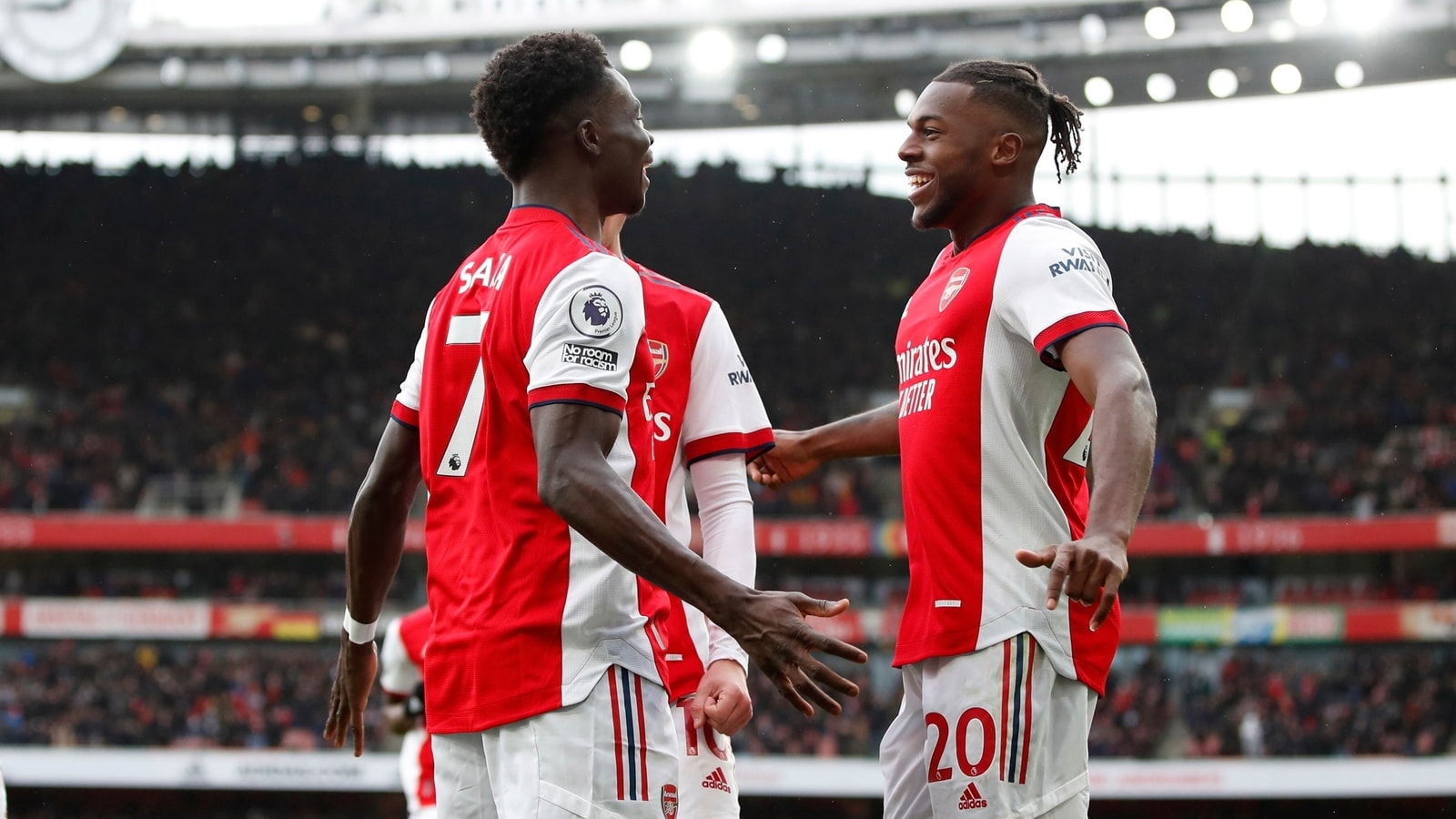 Arsenal stayed in fifth place but is now level on points with fourth-place West Ham as the team continues its recovery from losing its opening three games of the season.

Newcastle’s winless start to the Premier League season extended to 13 games after a 2-0 loss at Arsenal on Saturday.

Bukayo Saka and the player who replaced him as a substitute, Gabriel Martinelli, scored goals in the second half to consign last-place Newcastle, which has recently come under Saudi ownership, to a seventh loss of the season.

Arsenal stayed in fifth place but is now level on points with fourth-place West Ham as the team continues its recovery from losing its opening three games of the season.

Saka ran onto a deft pass from left back Nuno Tavares and shot low and across goalkeeper Martin Dubravka into the far corner to put Arsenal ahead in the 56th minute.

Saka appeared to hurt his left leg soon after his goal and, after briefly playing on, was replaced by Martinelli in the 64th. The 20-year-old Brazilian scored within two minutes.

Sprinting onto a lofted pass from right back Takehiro Tomiyasu over the Newcastle defense, Martinelli sent a volley past Dubravka with one of his first touches of the ball.

Recently hired Newcastle manager Eddie Howe was on the sidelines for this match — he was absent for his first in charge of the club, the 3-3 draw against Brentford last week, after contracting the coronavirus — but his team barely troubled Arsenal’s defense.

Arsenal goalkeeper Aaron Ramsdale was only seriously called into action to tip a long-range shot from Jonjo Shelvey onto the bar midway through the first half.

The standout moment of the first half saw Pierre-Emerick Aubameyang somehow fail to score from barely 3 meters (yards) out, his effort on the rebound hitting the outside of the post instead.

Denial of responsibility! NewsUpdate is an automatic aggregator around the global media. All the content are available free on Internet. We have just arranged it in one platform for educational purpose only. In each content, the hyperlink to the primary source is specified. All trademarks belong to their rightful owners, all materials to their authors. If you are the owner of the content and do not want us to publish your materials on our website, please contact us by email – [email protected]. The content will be deleted within 24 hours.
Arsenalbest sports newsLeagueLossnewcastlenewcastle unitednews update sportsnewsupdate

Teofimo Lopez vs. George Kambosos Jr. PPV price: How much does it cost to watch 2021 fight on DAZN?

‘Call Of Duty’ would be difficult to make Xbox…