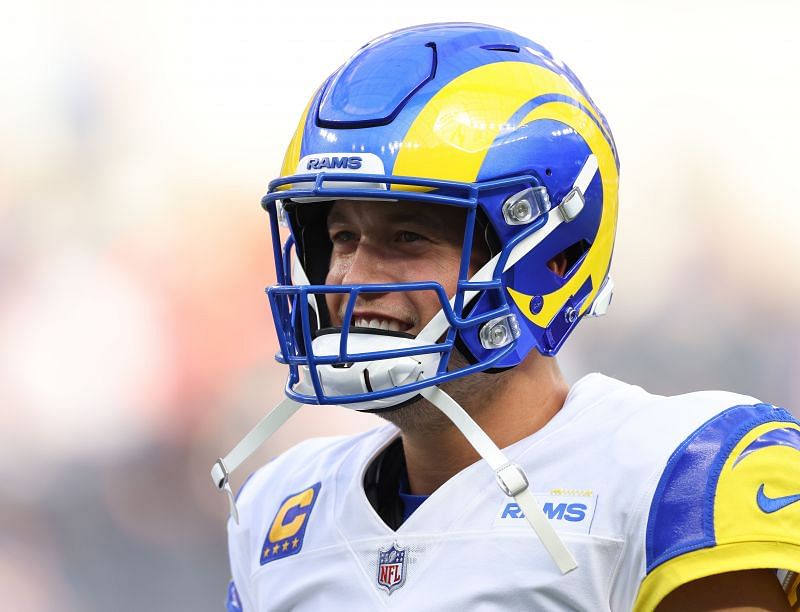 NFC Players of the Week: Is Matthew Stafford gearing up for an MVP season?

Meet our new MVP, Matthew Stafford. Well, we are not quite there yet, but if the first game is any indication, he will definitely be in the mix. It would have been nigh on unimaginable to think of Matthew Stafford as being part of the MVP conversation when he was with the Detroit Lions, no disrespect intended. But with an offensive line that could provide him protection, and an elite defense that can keep the offense on the field longer, Matthew Stafford has every reason to believe that he can become the MVP.

Matthew Stafford was phenomenal in his first regular-season game with the Los Angeles Rams. Consider the pressure on him after the franchise chose to bring him in at the expense of their young quarterback, two first-round picks and a third-round pick. Imagine giving up Jared Goff, a player who many expect to have a solid few years left in the NFL, for a veteran quarterback well into his thirties.

If Matthew Stafford had any such thoughts, he brushed them off and went gung-ho. He threw for 321 yards and hit his target 20 times in 26 attempts. All his efforts yielded three touchdowns without a single interception. Those are MVP numbers and it was reflected in his passer rating of 156.1.

The MVP case for Matthew Stafford beyond the statistics

Numbers tell a story, but often omit a lot of information. As phenomenal as his statistics were, Matthew Stafford dominated every aspect of the game. He did not have a favorite wide receiver who he targeted to pad up his numbers. He spread the ball around and hit six different receivers for his total yardage.

For a team that seemed to rely on defense to get them wins, the Los Angeles Rams are betting big on offense this season. Head coach Sean McVay has been explicit in his demand for a more vertically explosive offense, and he got his wish with Matthew Stafford having an MVP-caliber game in the quarterback position.

It’s almost as if coaching and situation matters. twitter.com/camdasilva/sta…

Matthew Stafford is your NFC Offensive Player of the Week. Quite the debut for the Rams’ new quarterback.

Matthew Stafford is your NFC Offensive Player of the Week. Quite the debut for the Rams’ new quarterback.

It’s almost as if coaching and situation matters. twitter.com/camdasilva/sta…

With a good set of players around him and having had debut to remember, Matthew Stafford must now have his sights firmly on two things: becoming the MVP and, as crazy as it sounds, winning his first Super Bowl.

Loading...
Denial of responsibility! NewsUpdate is an automatic aggregator around the global media. All the content are available free on Internet. We have just arranged it in one platform for educational purpose only. In each content, the hyperlink to the primary source is specified. All trademarks belong to their rightful owners, all materials to their authors. If you are the owner of the content and do not want us to publish your materials on our website, please contact us by email – [email protected]. The content will be deleted within 24 hours.
Loading...
best sports newsfeaturegearingLos Angeles RamsMatthewMatthew StaffordMVPNational Football Conference

A closer look at John Wall’s contract situation: Can the Washington Wizards sign him?