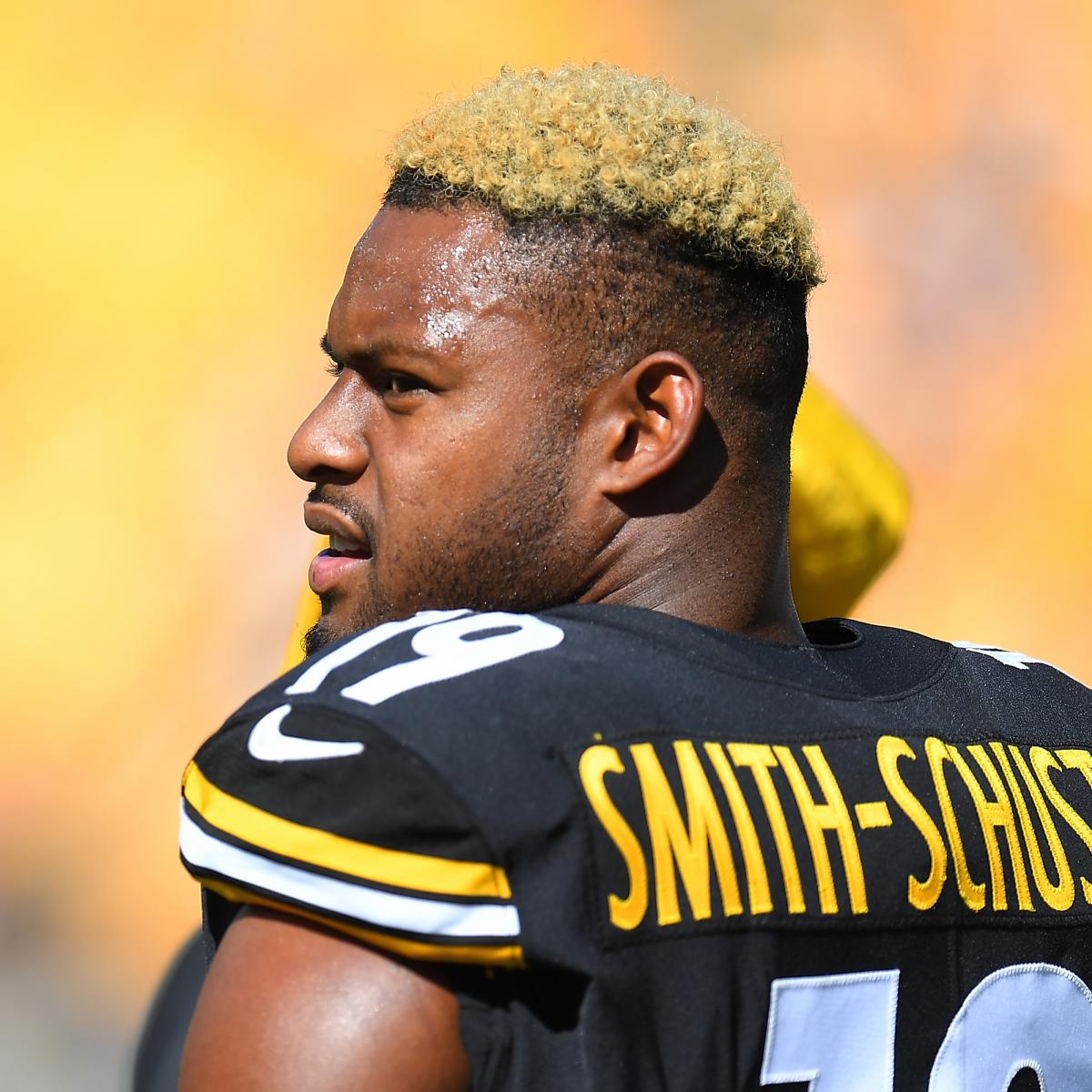 NFL Free Agents Most Likely to Be Overpaid in 2022 Offseason

It happens every spring, and it’ll happen this March as well.

Many NFL free agents are paid far more than they should be, mainly because the market is on their side. Desperate suitors tend to look past concerns related to consistency, durability, age, career trajectory or all of the above.

The following half-dozen players are in line to get overpaid next spring based on outlier years or market dynamics at their respective positions.

James Conner was an afterthought when he signed a one-year, $1.8 million deal with the Arizona Cardinals in April. But the former Pittsburgh Steelers running back has positioned himself to earn far more than that next offseason.

Conner has already scored a league-high 12 touchdowns even though he’s started only one game and has never been considered the No. 1 option in the Arizona backfield. Chase Edmonds’ ankle injury has opened the door for Conner to take over as the every-down back for the next few weeks, but he’s had a red-zone role even with Edmonds healthy.

That touchdown total alone should get Conner enough attention to land a solid long-term deal in free agency, at least in running back terms. But that might be a mistake.

Touchdown totals can be deceiving and circumstance-based. He had 12 with the Steelers in 2018, but he combined for only 10 over the next two years. He has also fumbled twice on 138 touches and is averaging a career-low 3.9 yards per carry.

The 26-year-old has only four 15-plus-yard runs this season. He doesn’t have the playmaking ability to excel as a top back, but don’t be surprised if he gets paid like one regardless.

At the time, he joked that you’d need a wrecking ball to get him out of Pittsburgh, but it’s hard to imagine he’ll keep offering massive hometown discounts. The soon-to-be 25-year-old eventually needs to cash in on his early-career success.

But any team that signs him to a big-money, long-term deal might regret it.

Not only is Smith-Schuster recovering from a significant shoulder injury, but it seems as though he peaked early in his career. He put up 1,426 yards and seven touchdowns as a sophomore in 2018, but he hasn’t been close to as effective since then due to injuries and a lack of overall consistency.

Some team will be desperate enough to look past all of his recent issues, including those related to him being a potential distraction, and focus on his early-career numbers. But that might wind up being a mistake.

Cam Robinson isn’t a great offensive tackle, but the 2022 free-agent pool is looking shallow at that position. Some team will convince itself that it can get more out of the 2017 second-round pick than the Jacksonville Jaguars have to date.

Robinson hasn’t surrendered a sack yet this year, but his 63.3 Pro Football Focus grade is barely above replacement-level. He takes too many penalties (four this year) and struggles as a run-blocker.

The only other quality left tackles slated to hit free agency are Duane Brown of the Seattle Seahawks and Terron Armstead of the New Orleans Saints,. However, Brown is 36 and Armstead is 30, whereas Robinson just turned 26 in October.

Some team thus figures to make Robinson a much richer man, even if he’s done little to earn that.

Watch for his deal to resemble the monster contract that a similarly unaccomplished Trent Brown landed with the then-Oakland Raiders in 2019.

Brandon Scherff is the only high-quality guard set to hit free agency in 2022. And the Washington Football Team likely won’t franchise-tag the four-time Pro Bowler again, so he should be open to all suitors.

The problem for interested teams is that Scherff is turning 30 in late December, and he has experienced durability issues in recent seasons. He’s already missed four games this year, and he hasn’t made it through a full NFL season since 2016.

There’s no doubt that Scherff is a great player. But interested teams will be buying high on him in an unfavorable market.

The return on investment is likely to be limited based on Scherff’s age and injury history, but some team will bite because the guard market has exploded in recent years (see: Joe Thuney, Joel Bitonio and Wyatt Teller).

It’s possible that Tennessee Titans linebacker Harold Landry III is becoming a special player. The 2018 second-round pick certainly has the ability to do so.

However, his career-high sack total this season (10 and counting) will likely cause some team to pay a premium for him at a key position.

The only other linebackers with similar or better track records who are set to become free agents in 2022 are much older than Landry (Von Miller, Chandler Jones, Dont’a Hightower, Anthony Barr). Supply and demand might also be on his side.

Despite his monster sack numbers, Landry still has a poor overall PFF grade (63.2) thanks partly to his struggles in run defense.

He deserves a lucrative long-term deal based on his accomplishments and career trajectory, but some team may overpay him based on a limited and potentially misleading sample focused on an overrated glamour stat.

De’Vondre Campbell is having a perfectly timed career year with the Green Bay Packers.

The 2016 fourth-round pick was a mediocre starter earlier in his career with the Atlanta Falcons and Arizona Cardinals, which is how the Packers landed him on a one-year, $2 million deal this offseason. But he’s been a key piece for the surprisingly strong Packers defense this season, having already racked up a team-high 88 tackles, three pass breakups, two interceptions and two forced fumbles.

His PFF grade of 84.6 puts him just outside of the Pro Bowler category for now. However, that seems like a complete aberration based on his first five NFL seasons.

Maybe Campbell has turned a corner, but he likely just got hot at an ideal time. And like Harold Landry III, he could capitalize on a shallow market for free-agent linebackers in 2022.

Denial of responsibility! NewsUpdate is an automatic aggregator around the global media. All the content are available free on Internet. We have just arranged it in one platform for educational purpose only. In each content, the hyperlink to the primary source is specified. All trademarks belong to their rightful owners, all materials to their authors. If you are the owner of the content and do not want us to publish your materials on our website, please contact us by email – [email protected]. The content will be deleted within 24 hours.
Agentsbest sports newsfreenews update sportsnewsupdateNFLOffseasonOverpaid

Why Joni Kauko’s India experience will be incomplete this season