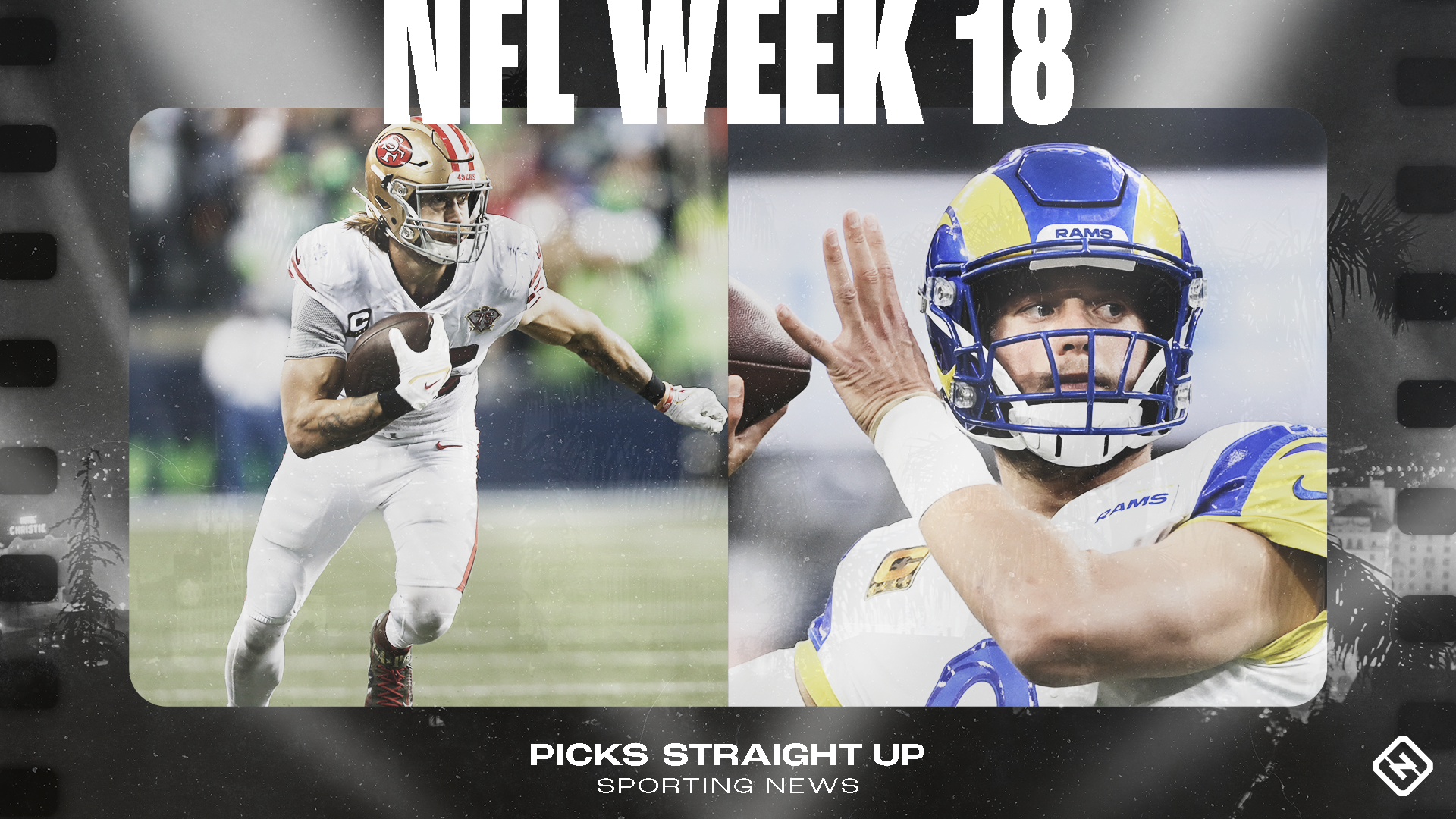 Week 18 of the regular season is here, and there remains playoff intrigue.

Five AFC teams are pushing for the last two playoff spots, and the Sunday Night Football matchup between the Chargers and Raiders is a play-in game that should be a fun way to end the regular season. The Steelers and Ravens also play, but they need the Colts to open the door with a loss.

The rest of the weekend is about seeding shuffling, and several teams, such as the Packers and Bengals, could be resting their starters this week. How does that impact our weekly picks?

Here is a look at our track record heading into Week 18:

The Chiefs might not get home-field advantage as a result of their loss to the Bengals in Week 17. Kansas City can put the pressure on the Titans heading into the early games Sunday. Either way, Patrick Mahomes gets on track against an AFC West division rival.

Both teams clinched playoff spots, and Dallas missed out on its chance for home-field with the loss to the Cardinals. The Eagles have won the last two in the series at home, which makes this a trouble spot for Big D. Will this be more of a dress rehearsal in the second half?

Kirk Cousins could return for this matchup from the COVID-19 list, and the Bears could start either Andy Dalton or Nick Foles. Will this be either Mike Zimmer or Matt Nagy’s last game? Both? The Vikings finish off a disappointing season with a home victory.

The Buccaneers will look to put behind the Antonio Brown drama, and this is a team that needs to get healthy for the postseason. That means starters, including Tom Brady, could sit in this one. The Buccaneers proved last year that playoff seeding doesn’t matter with Brady. The problem is the Panthers are in disarray either way.

Mac Jones keeps it rolling in preparation for his first postseason run for New England. The Dolphins, which were eliminated in Week 17, keep it competitive. New England, however, grinds out yet another AFC East victory and finishes 7-1 S/U on the road. That matters heading into the postseason.

The Saints need a win and a 49ers loss to back-door into the postseason. Taysom Hill settled back in at quarterback in an ugly victory against the Panthers, and he will do the game against a spoiler-minded Atlanta team. That’s going to put pressure on the 49ers in the afternoon slate.

Get ready for this line to shift dramatically, because it’s unlikely Aaron Rodgers (toe) will play knowing the Packers have home-field advantage for the playoffs. Green Bay has time to get healthy, but that doesn’t mean that Jordan Love can’t beat the Lions. Detroit can’t hang on in the home finale.

The Colts need a win to get in, and Jacksonville is clearly looking ahead to 2022. Look for Indianapolis to hammer with MVP candidate Jonathan Taylor against a Jacksonville run defense that allowed 227 rushing yards per game in its last two losses. Can Taylor get to 2,000 yards?

Not much to see here. Both teams are playing out the string, and Joe Judge’s tenure might be in jeopardy knowing the Giants have scored more than 13 points one time in the last seven weeks. Washington puts more pressure on New York.

We anticipate the Titans will need to win to get that No. 1 seed, and Mike Vrabel won’t need to preach about overlooking the opponent knowing the Texans won the first meeting 22-13. Tennessee rolls on the road with the running game, and perhaps Derrick Henry will return after the playoff bye week.

Will this be Ben Roethlisberger’s last game? Will Lamar Jackson play if the Ravens are still in playoff contention? This black-and-blue rivalry will not be for the AFC North championship, and if both teams miss the postseason those quarterback questions will be louder.

The Bills need a win to clinch the AFC East, and that’s bad news for the Jets, which allowed an upset opportunity slip against the Buccaneers in Week 17. Josh Allen is 4-2 as a starter against New York, but he has modest totals of five TDs and five interceptions in those games. Will the Jets hang around into the second half?

Sure, the Bengals would love to have this game knowing it’s an in-state rivalry and Baker Mayfield has tormented Cincinnati. He is 3-0 head-to-head against Joe Burrow, too. The problem? Burrow already led the Bengals to the AFC North title, and this is an opportunity to rest his knee for the playoffs if the Chiefs win Saturday. If Burrow plays, then we will re-evaluate this pick. Cleveland takes advantage.

The 49ers can clinch a playoff berth with a victory, and it will be interesting to see if it’s Trey Lance or Jimmy Garoppolo under center. San Francisco is 5-3 S/U on the road this season and won the first meeting. They could be a dangerous team in the playoffs, too. Eli Mitchell scores the game-winning TD late to send San Francisco to the postseason.

The Cardinals got back on track with a victory against the Cowboys, and Arizona has won three of the last four meetings. Arizona needs help to win the NFC West, but the more likely scenario is playing on the road. The Seahawks miss out on a chance to play spoiler.

It’s a win-and-in scenario for both AFC West rivals, and it should be a classic. Four of the last five meetings have been one-score games, and Justin Herbert led a 30-27 victory in his last visit to Las Vegas. Will Raiders tight end Darren Waller (knee) return? The Raiders, as part of an up-and-down season, pay the ultimate tribute to John Madden.

Denial of responsibility! NewsUpdate is an automatic aggregator around the global media. All the content are available free on Internet. We have just arranged it in one platform for educational purpose only. In each content, the hyperlink to the primary source is specified. All trademarks belong to their rightful owners, all materials to their authors. If you are the owner of the content and do not want us to publish your materials on our website, please contact us by email – [email protected]. The content will be deleted within 24 hours.
49ersbest sports newsBrownsColtsdisruptEaglesnews update sportsnewsupdate

Top 5 things to know about the chip shortage

GeForce NOW will be Available on Samsung TV Devices Soon