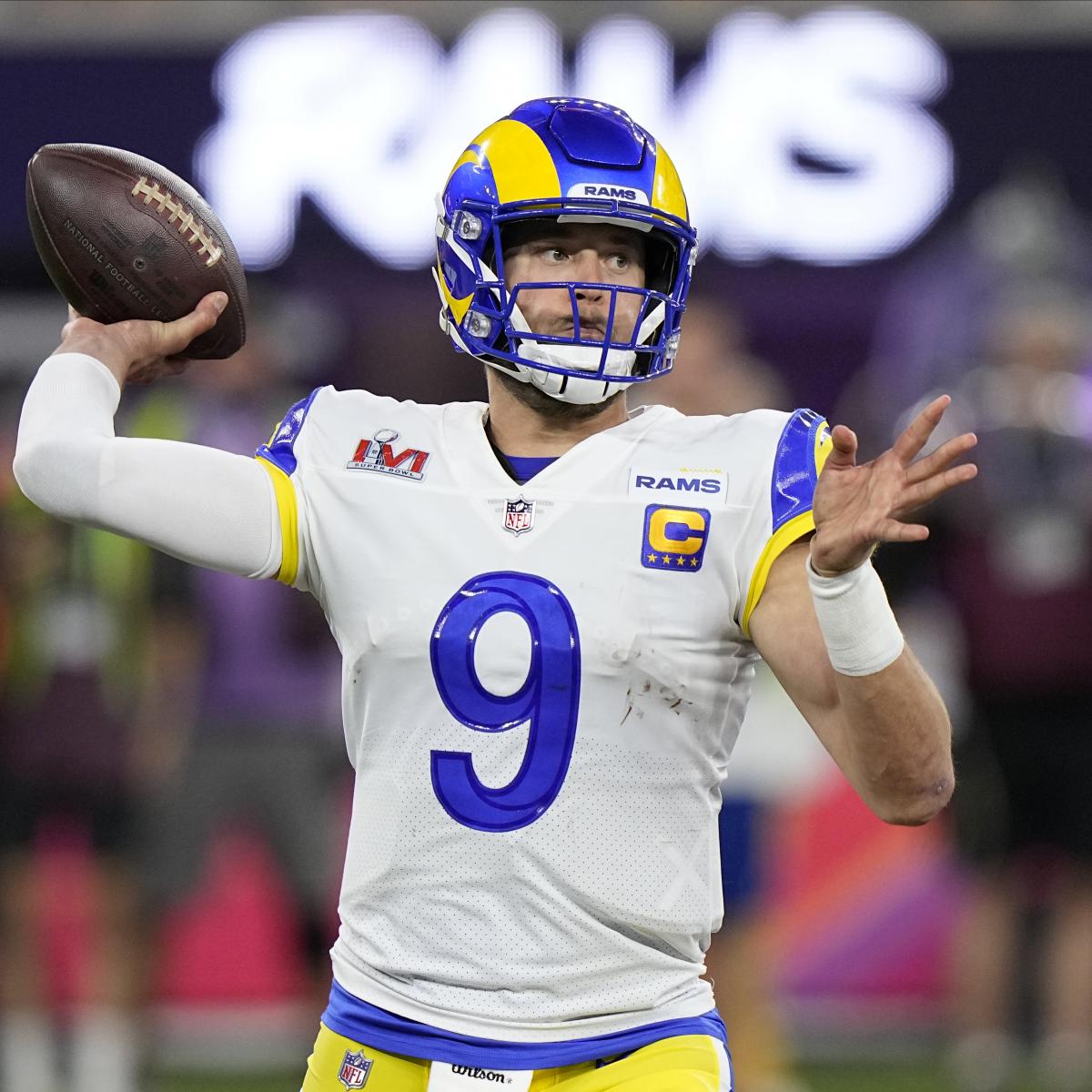 NFL Players Who Thrived in Their First Seasons After Being Traded

While any trade around the NFL has good intentions, a change of scenery does not always lead to the results hoped for.

In select cases, however, the deal surpasses expectations—even if a player was already an established star. This could be based on a Super Bowl victory, All-Pro selection or other major accolade in the season that immediately followed the trade.

This list is subjective but focused on active players who were dealt since the beginning of the offseason prior to the 2018 campaign.

After the 2019 season, the San Francisco 49ers faced a difficult choice: offer a big-money extension to DeForest Buckner or explore his trade market. They picked the latter.

Buckner headed to the Indianapolis Colts, who sent the 49ers a first-round pick and signed him to a four-year, $84 million deal.

He immediately turned in a first-team All-Pro season.

The defensive tackle notched 9.5 sacks, which set a franchise record at his position. Buckner tallied 58 tackles and a career-high 26 quarterback hits, helping the Colts finish 11-5 and reach the playoffs for only the second time in six years.

Stefon Diggs had a solid five-season run with the Minnesota Vikings, averaging 73 catches for 925 yards and six touchdowns. He even collected a career-best 1,130 yards in 2019.

The ensuing offseason, though—sparked by a tweet—Diggs departed Minnesota for the Buffalo Bills.

Buffalo aimed to bolster its receiving corps for Josh Allen, who soared from an inefficient young quarterback to the MVP runner-up thanks to the wideout’s arrival. Diggs led the NFL with 127 receptions and 1,535 yards, and he snared eight touchdowns in 2020.

He secured first-team All-Pro recognition and played a leading part in the Bills’ first division title in 25 years.

No matter how you define “the first season after a trade” for a midseason deal, Minkah Fitzpatrick fits the bill as having thrived.

Two games into the 2019 campaign, the Dolphins traded the frustrated safety to the Pittsburgh Steelers. Fitzpatrick had a sensational 14 games with 57 tackles, five interceptions, one forced fumble, two fumble recoveries and two defensive touchdowns.

And if one first-team All-Pro selection wasn’t good enough, Fitzpatrick earned the same honor in 2020. He logged 79 stops, snagged four interceptions, forced and recovered a fumble and scored one defensive touchdown.

Pittsburgh parted with a first-round pick to acquire Fitzpatrick, but he was undoubtedly worth it.

The short version: A trade that nobody saw coming led to the outcome that everyone anticipated.

For no coherent reason, in 2020 the Houston Texans traded DeAndre Hopkins to the Arizona Cardinals for David Johnson, a second-round pick and a fourth-round pick swap. Houston essentially moved a three-time All-Pro receiver for a rotational running back.

But, hey, it worked out for Hopkins.

When the Chicago Bears acquired Khalil Mack, he had landed Defensive Player of the Year honors just two years earlier. It was no surprise Mack excelled in 2018, his debut season with the Bears.

He nearly won the award a second time.

Chicago won the NFC North, and its Mack-led defense closed the season with the NFL’s fewest points allowed.

The most recent example of a post-trade star conveniently doubles as the lone Super Bowl winner on the list.

Matthew Stafford, the No. 1 pick in the 2009 draft, spent 12 seasons with the Detroit Lions. He should not be exempt from criticism for that tenure, but the franchise didn’t build a competitive roster on an annual basis, either. Following the 2020 season, Stafford requested a trade and wound up with the Los Angeles Rams.

Los Angeles had reached the playoffs in three of four years, but Stafford considerably elevated its offense. He threw for 4,886 yards and 41 touchdowns, guiding the Rams to the NFC West crown.

Stafford pieced together three game-winning drives in his four-game postseason, which culminated in a dramatic 23-20 victory over the Cincinnati Bengals in Super Bowl LVI.

Trent Williams underwent a procedure in early 2019 to remove a cancerous growth from his head. Feeling that Washington hadn’t handled the situation properly, he requested a trade and reportedly vowed he wouldn’t play for the organization again.

Sure enough, that proved true.

Granted, he wasn’t dealt until April 2020, after he sat out the 2019 season. The 49ers scooped him up for a third- and fifth-round draft pick.

The left tackle showed few signs of rust, however, collecting the eighth Pro Bowl selection of his career. Williams earned first-team All-Pro honors from Pro Football Focus—registering the site’s highest grade at the position—and Sporting News, along with All-NFC recognition from the Pro Football Writers of America.

Denial of responsibility! NewsUpdate is an automatic aggregator around the global media. All the content are available free on Internet. We have just arranged it in one platform for educational purpose only. In each content, the hyperlink to the primary source is specified. All trademarks belong to their rightful owners, all materials to their authors. If you are the owner of the content and do not want us to publish your materials on our website, please contact us by email – [email protected]. The content will be deleted within 24 hours.
best sports newsnews update sportsnewsupdateNFLPlayersSeasonssports newssports update