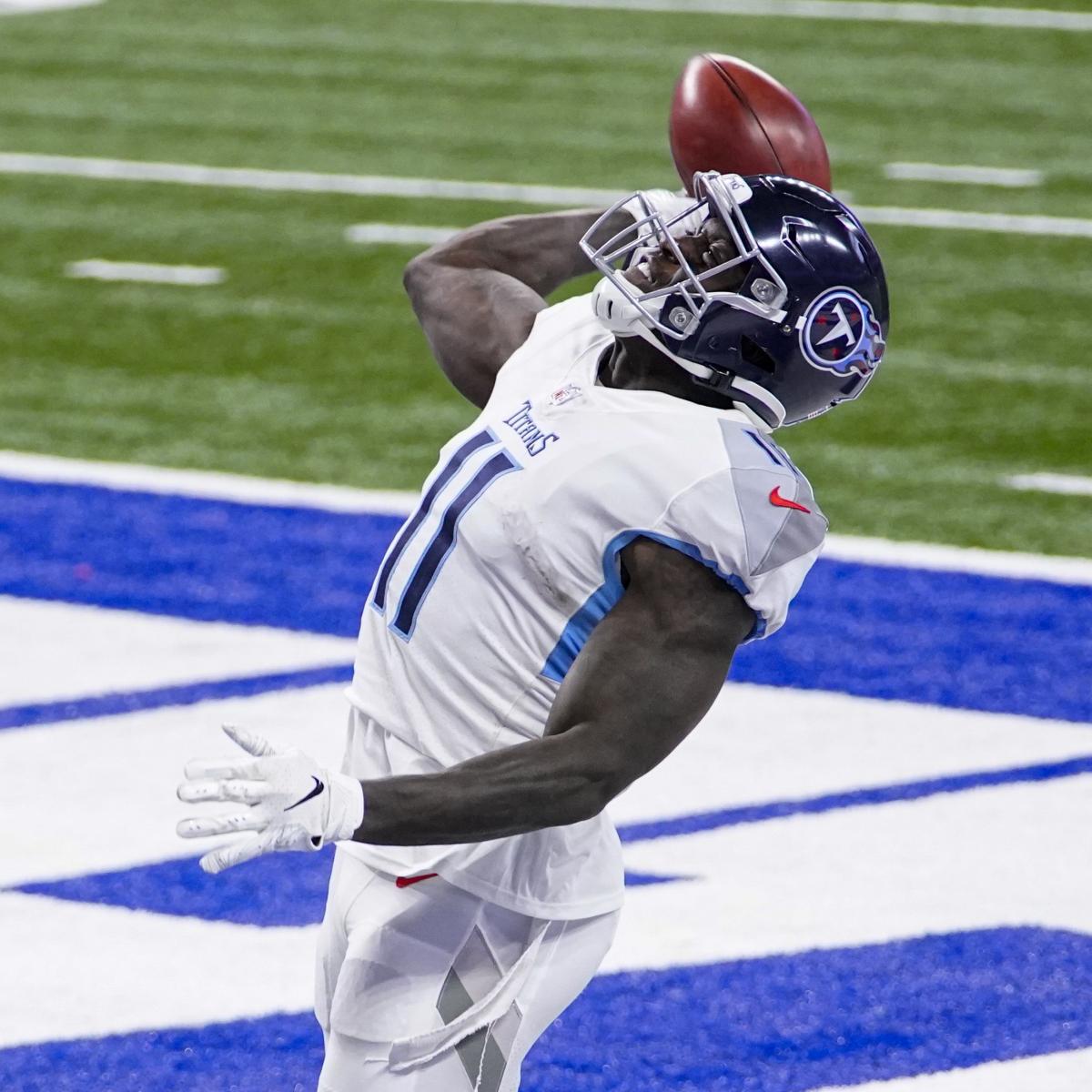 The Tennessee Titans will be without their top two wide receivers Sunday against the New York Jets, thus putting fantasy managers in a difficult position.

Per ESPN’s Adam Schefter, the Titans announced Friday that A.J. Brown and Julio Jones will miss the team’s Week 4 game with hamstring injuries.

With Brown and Jones on the shelf for this week, it will open the door for unheralded Titans wideouts Nick Westbrook-Ikhine, Chester Rogers and Josh Reynolds to play a significantly bigger role.

While none of the aforementioned players are long-term fantasy options, at least one of them could make for a solid flex play this week since quarterback Ryan Tannehill has to throw the ball to someone.

Westbrook-Ikhine and Rogers have been the ones vying for playing time and catches behind Brown and Jones so far this season.

An undrafted second-year player out of Indiana, Westbrook-Ikhine has six receptions for 69 yards and a touchdown this season. Most of that production came last week when Brown got hurt early in Tennessee’s win over the Indianapolis Colts, as he finished with four grabs for 53 yards and a score.

Rogers is tied for third on the team in receptions behind running back Derrick Henry and Jones with seven. His 90 receiving yards are fourth on the team as well.

The Titans signed Reynolds during the offseason in hopes that he would be the No. 3 receiver behind Brown and Jones, but he has appeared in just one game and made no catches this season due to an Achilles injury.

With both Brown and Jones out, however, Reynolds figures to be active and part of the gameplan.

On talent alone, Reynolds won’t blow anybody away. He was the Los Angeles Rams’ No. 3 receiver last season, catching 52 passes for 618 yards and two touchdowns. Solid production, and without Brown and Jones he’ll have a bigger role—and an upgrade at quarterback in Ryan Tannehill compared to Jared Goff last season—than he had with the 2020 Rams.

Tannehill and Tennessee’s offense also has traditionally supported more than one fantasy viable wideout. Per ESPN, Brown was the WR12 in standard-scoring leagues last year, while Corey Davis (65 catches for 984 yards and five scores) was the WR30, putting one of Tennessee’s wideouts firmly in the flex conversation this week.

Pinpointing precisely who will be Tannehill’s favorite target could be difficult, especially since Henry figures to feature heavily in both the running and passing game.

For now, Westbrook-Ikhine seems to be the likeliest beneficiary given what he did last week, so fantasy managers should add him and consider him as a flex play this week, while leaving Rogers and Reynolds on the waiver wire.

Denial of responsibility! NewsUpdate is an automatic aggregator around the global media. All the content are available free on Internet. We have just arranged it in one platform for educational purpose only. In each content, the hyperlink to the primary source is specified. All trademarks belong to their rightful owners, all materials to their authors. If you are the owner of the content and do not want us to publish your materials on our website, please contact us by email – [email protected]. The content will be deleted within 24 hours.
best sports newsBrownfantasyJonesJulionews update sportsnewsupdateNick

Super-sub Harry Kane helps himself to a hat-trick