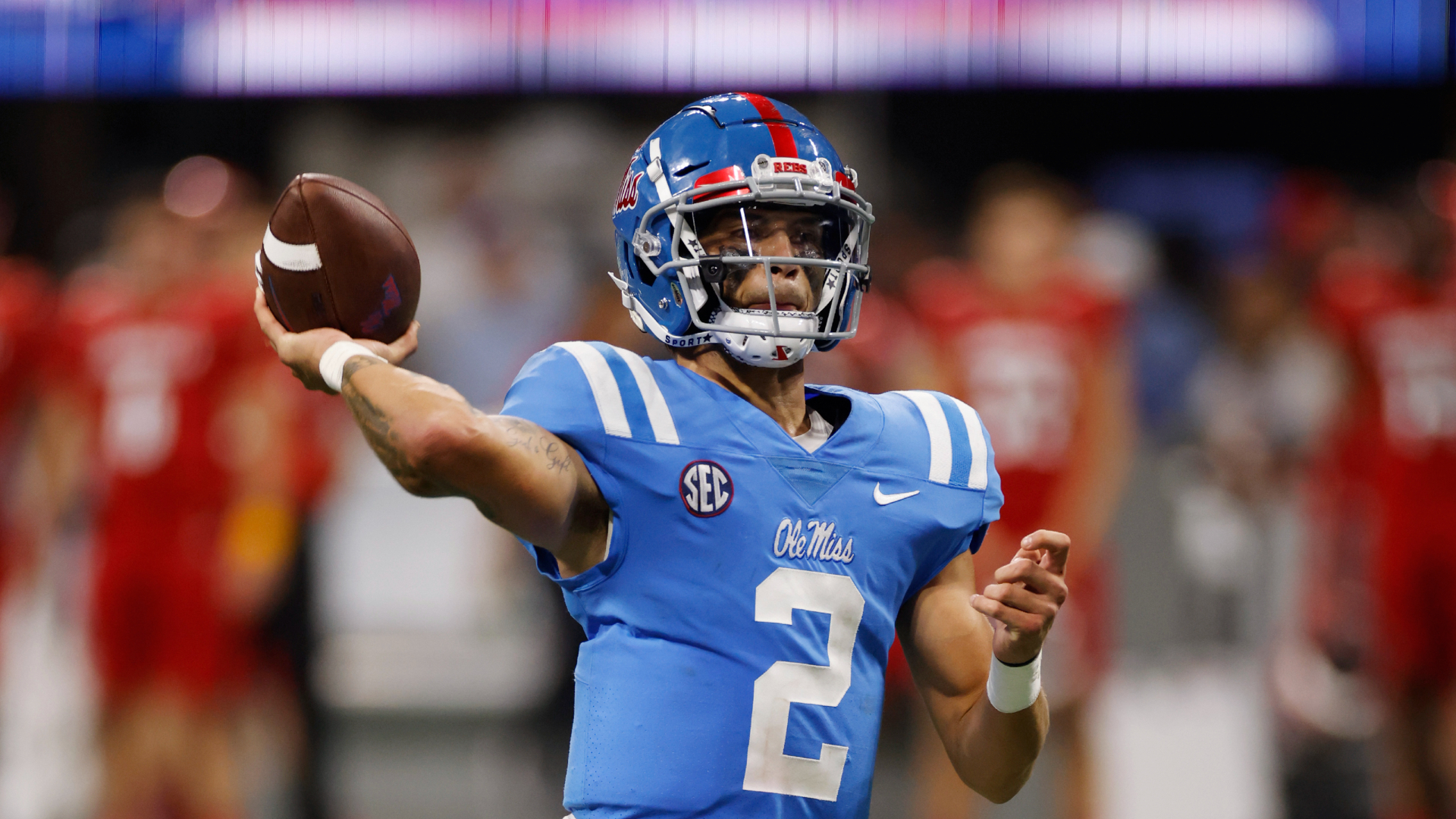 No. 17 Ole Miss beats No. 13 Arkansas on final play after wild fourth quarter

No. 13 Arkansas botched two-point conversion to give Ole Miss its first SEC victory of the season.

The Razorbacks attempted to win the game in regulation rather than risk their chances in overtime on a win on the road. The failed attempt allowed the Rebels to take a 52-51 win at Vaught-Hemingway Stadium in a game that featured six touchdowns in the fourth quarter.

On the game-deciding two-point conversion, Arkansas quarterback KJ Jefferson threw a high incompletion to give the Rebels the close win. The Razorbacks scored on the final play of regulation on a nine-yard touchdown from receiver Warren Thompson.

Just before Arkansas lost their chance at earning a win against the Rebels, quarterback Matt Corral connected with Braylon Sanders for a 68-yard touchdown with 1:07 remaining. Ole Miss coach Lane Kiffin was caught throwing his clipboard from excitement over the game-winning touchdown.

The win gives Ole Miss their first victory against a ranked SEC opponent since 2017. The Rebels heavily relied on quarterback Matt Corrall, who threw for 287 yards, rushed for 94 yards, and totaled two passing and two rushing touchdowns. Snoop Conner led on the ground with 110 rushing yards and three touchdowns while Braylon Sanders led with 127 receiving yards and a touchdown.

Ole MIss (4-1, 1-1) travels to Tennessee next week as Lane Kiffin returns to Knoxville for the first time as a head coach since his acrimonious departure in 2010. Arkansas (4-2, 1-2) will face Auburn.

Denial of responsibility! NewsUpdate is an automatic aggregator around the global media. All the content are available free on Internet. We have just arranged it in one platform for educational purpose only. In each content, the hyperlink to the primary source is specified. All trademarks belong to their rightful owners, all materials to their authors. If you are the owner of the content and do not want us to publish your materials on our website, please contact us by email – [email protected]. The content will be deleted within 24 hours.
Arkansasbeatsbest sports newsfinalfourthnews update sportsnewsupdateOle