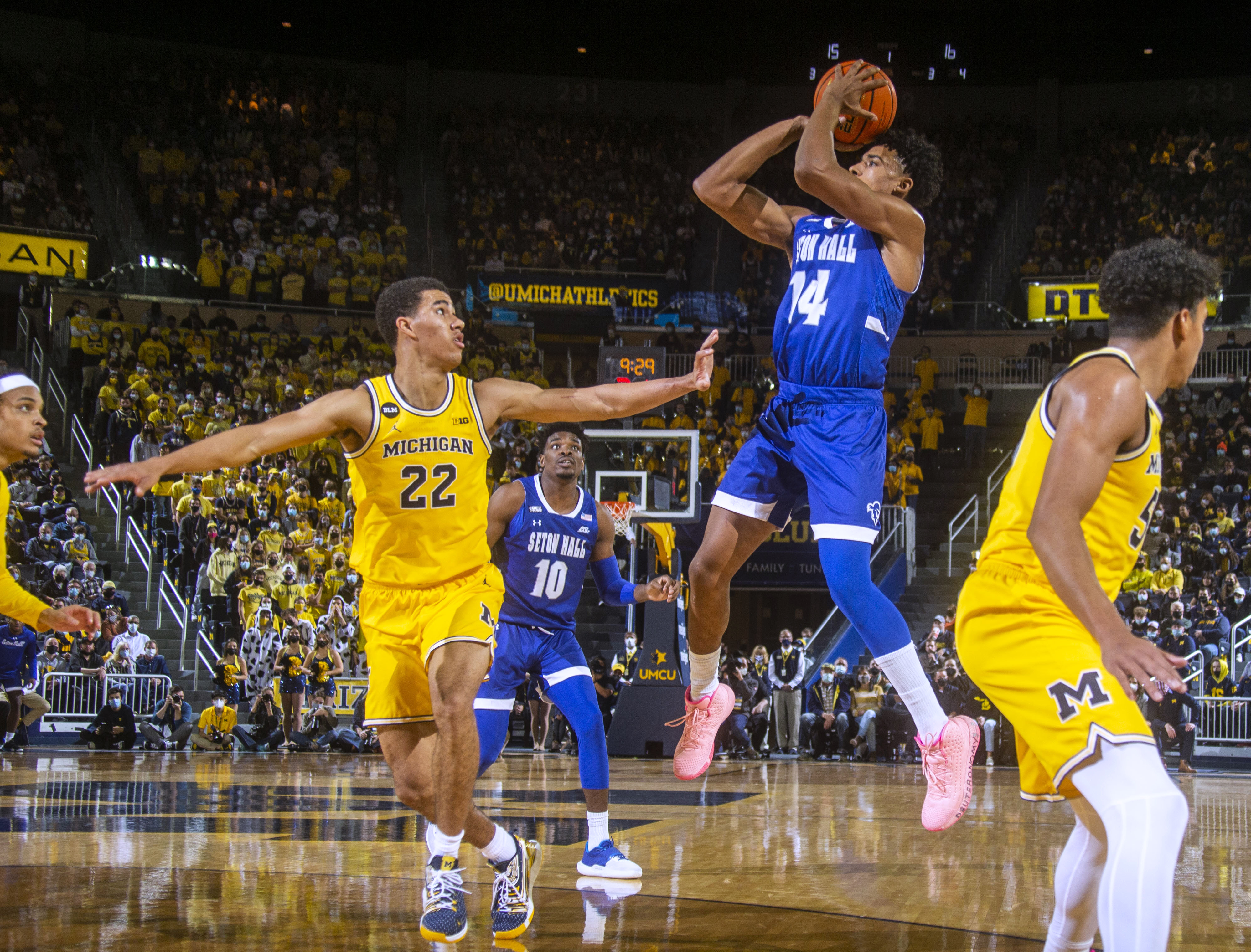 The unranked Seton Hall Pirates upset the No. 4 Michigan Wolverines 67-65 on Tuesday at the Crisler Center in Ann Arbor.

Michigan had a chance to tie or win the game down 66-64 with 10 seconds remaining.

Wolverines forward Terrance Williams II missed a long-distance two from the top of the key with eight-tenths of a second left, but Seton Hall guard Jared Rhoden was called for a shooting foul.

Williams missed the first free throw and made the second. Off the inbounds pass, Pirates guard Bryce Aiken was fouled with two-tenths of a second remaining and made one of two free throws to end the scoring.

Michigan then didn’t have enough time to get a shot off, capping the upset.

Rhoden led the Pirates with 16 points. Tray Jackson and Aiken each scored 13 off the bench. Jackson made all five of his shots, three of which were three-pointers.

Seton Hall ended up taking the lead for good on a pair of Aiken free throws with 33 seconds left for a 65-64 advantage.

Eli Brooks missed a jumper on the other end, and Pirates guard Myles Cale responded with one of two free-throw makes after a foul, leading to the final sequence.

The 3-0 Pirates will now play Ohio State next Monday in the Fort Myers Tip-Off in Florida. The 2-1 Wolverines will visit UNLV in the Roman Main Event in Las Vegas on Saturday.

Denial of responsibility! NewsUpdate is an automatic aggregator around the global media. All the content are available free on Internet. We have just arranged it in one platform for educational purpose only. In each content, the hyperlink to the primary source is specified. All trademarks belong to their rightful owners, all materials to their authors. If you are the owner of the content and do not want us to publish your materials on our website, please contact us by email – [email protected]. The content will be deleted within 24 hours.
best sports newsHallJaredMichigannews update sportsnewsupdateRhodenSeton

google maps: Google Maps is getting these four new features – Times of India