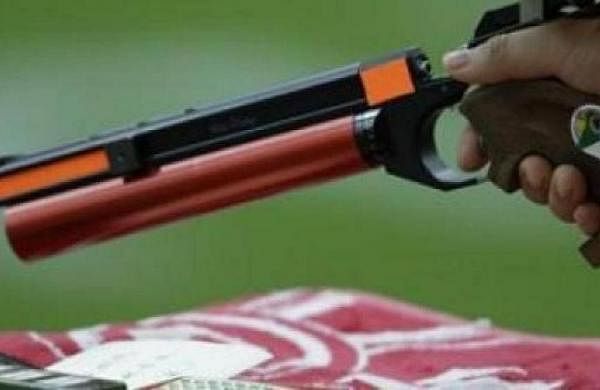 CHENNAI: Based on their performances during the selection trials, the National Rifle Association of India (NRAI) had selected an 85-member shooting team for the upcoming Junior World Championship on August 27. The youngsters were an excited bunch after making the cut for the marquee event. But that excitement has turned into gloom for some. Barely two weeks before the start of the event, which is due to be held from September 27 to October 10, NRAI has excluded as many as 25 shooters from their list after failing to get government clearance.

The NRAI will be sending just the top-three ranked shooters from each category. The rest? They have the option to travel but will have to bear the expenses out of their own pockets. NRAI notified the shooters through an email on Monday. Some of the shooters on the list include rifle shooter Mehuli Ghosh (who is ranked No 4), Gurman Singh (rifle), Shapath Bharadwaj (shotgun).

“This is to inform you that your participation in the ISSF Junior World Championship (in Lima, Peru) (list attached) is not approved,” the NRAI’s mail stated. “In view of the above, you are required to inform us whether you will be participating in the above competition at your own cost. The approximate cost for participation is Rs 4.5 lakh which includes lodging/entry fee/visa/transport/kit/covid test/miscellaneous,” it added. The last day for intimation was Tuesday.

The parents of the shooters are certainly not amused. “Actually, on Friday we received a mail saying that we have to send the necessary documents for the visa as soon as possible. Yesterday (Monday) I was checking all the bank statements and other necessary documents and somebody in the evening called and said that they are taking only the top three shooters and the rest have to go on their own. So we dropped the programme because it’s too costly for us,” one of the parents said.

“Our children don’t even have a sponsor. He was so looking forward to this event and had sacrificed a lot during training in the last six months or so. He is really dejected,” the parent added.

Another parent, whom this daily got in touch with, echoed the same sentiment. “This is really demotivating. They (shooters) had done everything that was required and was looking forward to the event. To cough up Rs 4.5 lakh is no joke.”

Despite repeated attempts, NRAI could not be reached for comment.

As many as 85 Indians are part of the entry list. The ISSF participation rules state: “In the World Championships Juniors, each nation can enter a maximum of six (6) athletes in individual events. Two (2) of those athletes must be under the age of eighteen (18) years on the day of the opening of the Championship concerned. A maximum of three (3) athletes of one nation (the three top-ranked after qualification) may proceed to the final.”

So, the NRAI had initially gone by the rules and picked a team. Olympians Manu Bhaker and Aishwary Pratap Singh Tomar are some of the notable shooters who’ll be part of the event. The preparatory camp is scheduled to start on Wednesday in New Delhi.

Denial of responsibility! NewsUpdate is an automatic aggregator around the global media. All the content are available free on Internet. We have just arranged it in one platform for educational purpose only. In each content, the hyperlink to the primary source is specified. All trademarks belong to their rightful owners, all materials to their authors. If you are the owner of the content and do not want us to publish your materials on our website, please contact us by email – [email protected]. The content will be deleted within 24 hours.
Loading...
Askedbest sports newsChampionshipclearancecompetegovtJuniorJunior World Championship

These are the two ‘most popular’ smartphone brands this…