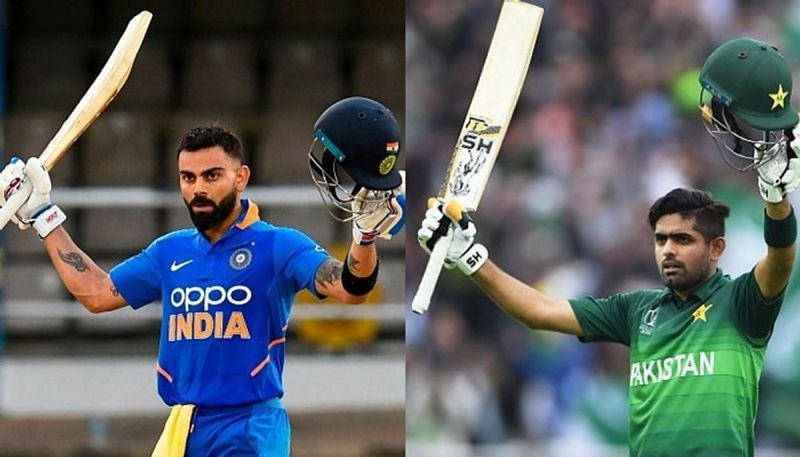 “Nonsense! How will you catch India?” – Danish Kaneria blasts Abdul Razzaq on his bold statement

Former Pakistan leg-spinner Danish Kaneria was baffled by Abdul Razzaq’s recent statement about the Pakistan team being more talented than India. Kaneria believes there is no competition as far as talent is concerned, stressing how difficult it has been for Pakistan to form a T20 World Cup squad in the first place.

Apart from the likes of Babar Azam and Mohammad Rizwan, Danish Kaneria doesn’t feel Pakistan’s batting has enough match-winners in it. He shed light on how they were comprehensively beaten by England and there are many issues that need to be addressed.

In a video on his YouTube channel, here is what Danish Kaneria had to say about India’s strengths and Pakistan’s weaknesses:

“Pakistan doesn’t have stability in their batting and bowling. Razzaq says that dismiss Kohli and Rohit and it will be easy to catch this Indian team. Nonsense, how will you catch this Indian team? There are issues in forming the Pakistan team itself. Where is your batting who will win you matches? England’s B team defeated us. The selection looks in shambles, it’s a very poor statement to make.

“It was not expected from an international-level cricketer whose stature is so high in Pakistan. India has the upper hand over Pakistan. India has been performing well in every department. They have players like Suryakumar Yadav, Ishan Kishan, Rishabh Pant, Hardik Pandya, etc. How will you get them out?” added Kaneria.

Abdul Razzaq made another statement earlier wherein he called Jasprit Bumrah an average bowler. However, Danish Kaneria believes Bumrah is world-class and is arguably the best at bowling his yorkers.

Kaneria went further and stated that no one in the Pakistan team even comes close to competing against Bumrah’s ability as a bowler.

“Earlier also, Razzaq commented on Bumrah. After Wasim Akram and Waqar Younis, i have never seen anyone bowl a yorker as perfect as Bumrah bowls. There is no better bowler born in Pakistan who nails a yorker like Bumrah. His bowling is outstanding. No bowler even comes close to Bumrah from Pakistan who can give him competition,” Kaneria concluded.

Denial of responsibility! NewsUpdate is an automatic aggregator around the global media. All the content are available free on Internet. We have just arranged it in one platform for educational purpose only. In each content, the hyperlink to the primary source is specified. All trademarks belong to their rightful owners, all materials to their authors. If you are the owner of the content and do not want us to publish your materials on our website, please contact us by email – [email protected]. The content will be deleted within 24 hours.
AbdulAbdul Razzaqbest sports newsblastsBoldcatchCricketDanish

How to Invest in Cryptocurrency Without Buying Any

Would be great if India, Pakistan meet again in final:…