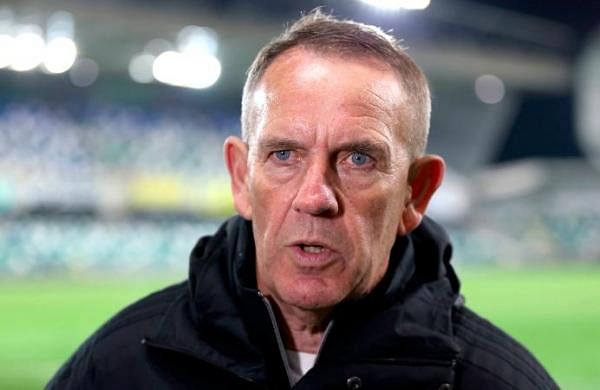 LONDON: The coach of Northern Ireland’s women’s team provoked criticism by saying girls and women are more susceptible to conceding multiple goals in a short space of time because they are “more emotional than men.”

Kenny Shiels made the comments after his team’s 5-0 loss to England on Tuesday which ended Northern Ireland’s chances of qualifying for next year’s Women’s World Cup.

After conceding the opening goal in the 26th minute, Northern Ireland let in four more goals in a 27-minute span in the second half. Shiels’ team conceded three goals in nine minutes against Austria on Friday.

“In the women’s game, you’ll have noticed, I’m sure you will if you go through the patterns,” the 65-year-old Shiels said, “when a team concedes a goal, they concede a second one within a very short period of time.

“Right through the whole spectrum of the women’s game, because girls and women are more emotional than men. So, they take a goal going in, they don’t take that very well.”

Shiels, who has coached Northern Ireland since 2019 after nearly three decades managing in the men’s game, described the second goal in such a situation as “an emotional goal.”

“Talking about emotional women!” Wright wrote on Twitter. “Didn’t that man see how many times I was crying on the PITCH!”

Siobhan Chamberlain, the former goalkeeper for England’s women team, said Shiels needed to be “aware of the message that your words can carry.”

“That’s not just in the women’s game, that’s in the men’s game as well. And to just generalize that to women is a slightly bizarre comment.”

Northern Ireland played in front of a crowd of 15,348 at Windsor Park in Belfast — a record for a women’s match in the country.

The team has reached the European Championship for the first time and will face Norway, Austria and host England in group play in July.

Denial of responsibility! NewsUpdate is an automatic aggregator around the global media. All the content are available free on Internet. We have just arranged it in one platform for educational purpose only. In each content, the hyperlink to the primary source is specified. All trademarks belong to their rightful owners, all materials to their authors. If you are the owner of the content and do not want us to publish your materials on our website, please contact us by email – [email protected]. The content will be deleted within 24 hours.
best sports newsCoachemotionalIrelandKennyKenny Shielsmennews update sports