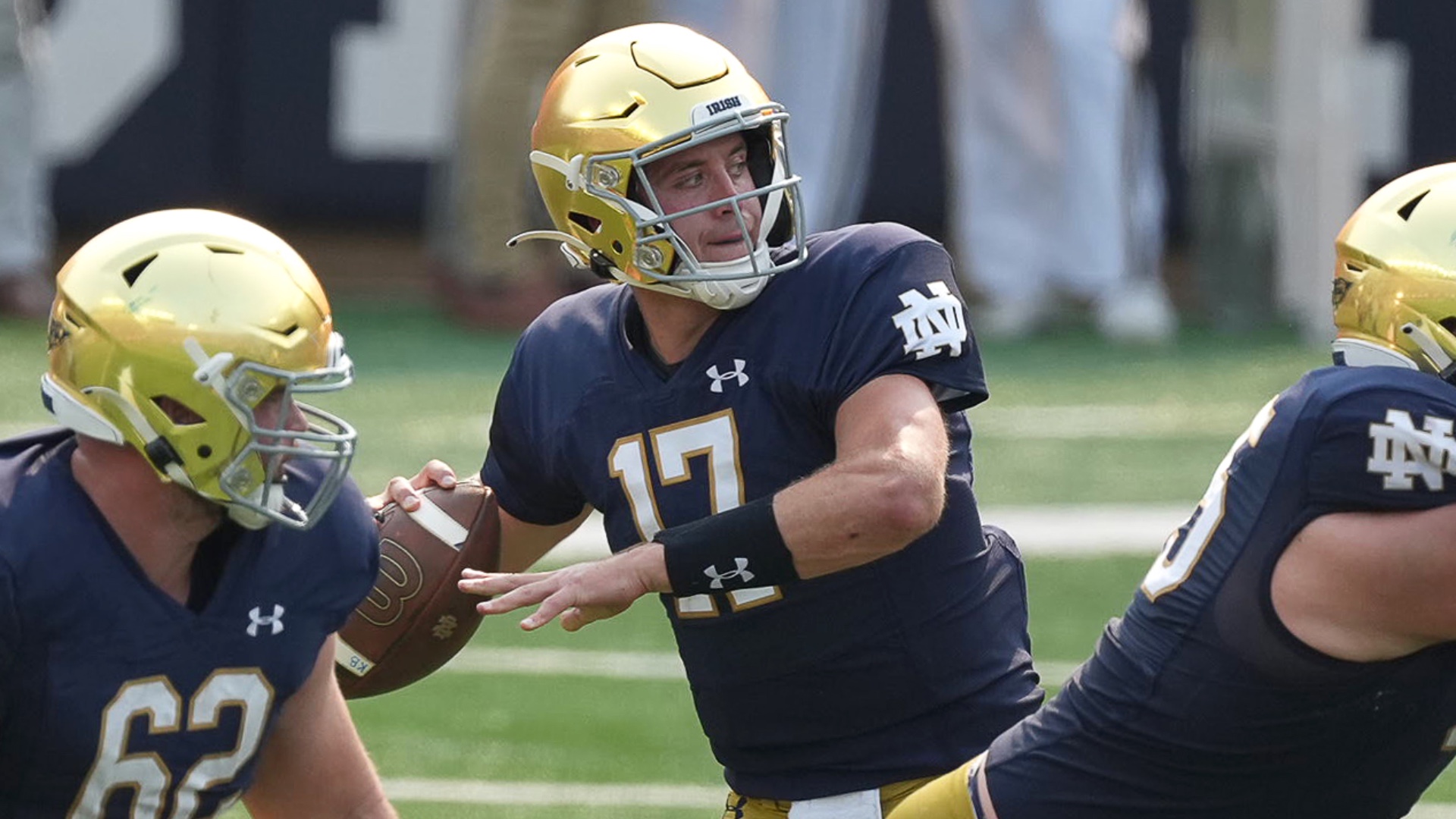 No. 8 Notre Dame was trailing Toledo by five points with 1:13 remaining in the fourth quarter Saturday, but a win seemed very possible. The Irish were deep in Rockets territory.

Well, that was until Notre Dame quarterback Jack Coan suffered a dislocated finger on his throwing hand. Throwing the ball for the victory, at least, seemed out of reach at that point.

But the senior wasn’t giving up. Coan ran to the sideline, where a trainer popped the finger back into place in a matter of seconds. Coan looked slightly bothered, but he immediately started running back to the huddle as soon as the finger was back in place.

While Coan was surely in pain, he didn’t show it. On the next play, he threw an 18-yard touchdown pass to tight end Michael Mayer, giving the Irish the lead. A two-point conversion gave them their final margin of victory in a 32-29 win.

So, to review: Coan there the game-winning touchdown pass one play after a dislocated finger on his throwing hand was popped back into place.

Hold up….Did Jack Coan just dislocate his finger, pop it back in, and throw the game winning TD????

Support for Coan flooded Twitter after the injury. Fans applauded him for fighting through the pain for his team.

Jack Coan got his finger dislocated, ran to the trainer, got it popped back in, ran back the huddle, and threw and absolute dime down the middle of the field for a TD all in about 25 seconds.

So much respect gained for that man.

There doesn’t seem to be an immediate concern about the finger. It’s quite possible that getting it popped back into place on the field is all the recovery time Coan will need. All 30 seconds of it.

The Irish will take on Purdue at home next Saturday. They’ll try to avoid having to fight for a comeback win for a third week in a row. Notre Dame also rallied to beat Florida State in overtime in Week 1.

Denial of responsibility! NewsUpdate is an automatic aggregator around the global media. All the content are available free on Internet. We have just arranged it in one platform for educational purpose only. In each content, the hyperlink to the primary source is specified. All trademarks belong to their rightful owners, all materials to their authors. If you are the owner of the content and do not want us to publish your materials on our website, please contact us by email – [email protected]. The content will be deleted within 24 hours.
Loading...
best sports newsCoanDamesdislocatingfingergamewinningJacknews update sports