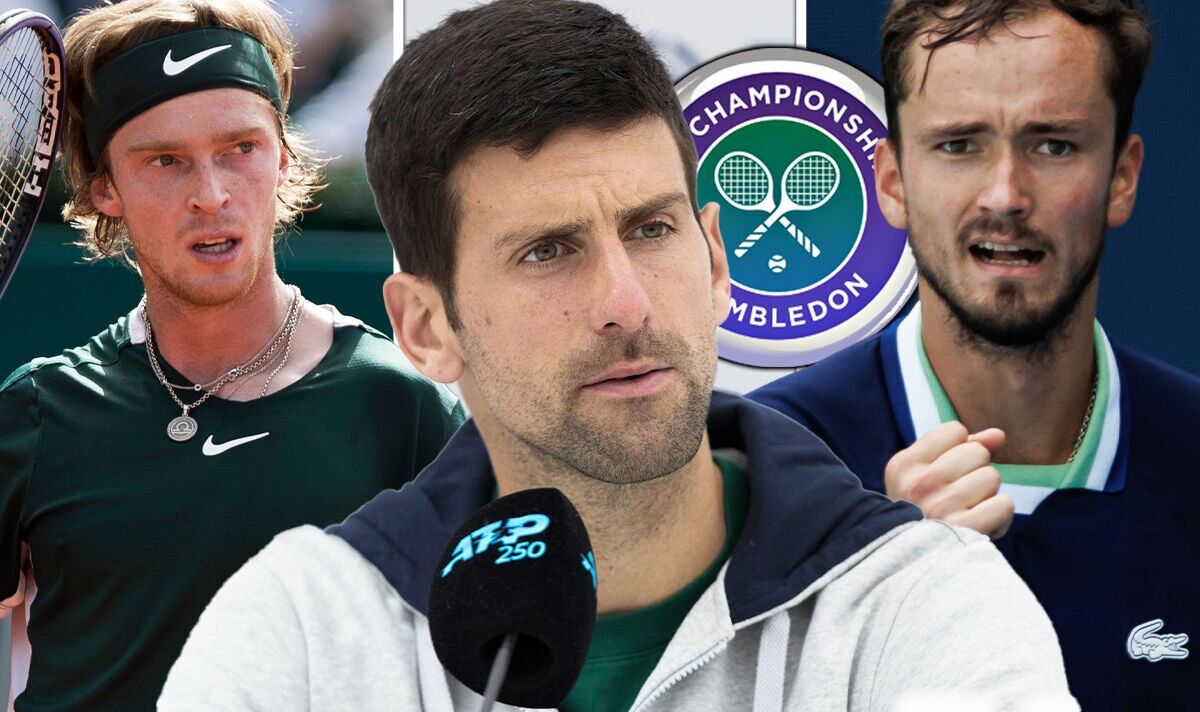 Novak Djokovic has compared the Russian and Belarusian ban from Wimbledon to his deportation from Australia as he doubled down on his criticism of the All England Club. The world No 1 branded the exclusion of all players from both countries “crazy” when it was first announced last month as a reaction to the invasion of Ukraine.

The Serb was detained and then deported from Australia before the first Grand Slam of the season after arriving Down Under without getting vaccinated. The ATP and WTA discussed possible sanctions against Wimbledon and the LTA following the ban. And a group of Russian and Belarusian players have hired a Paris human rights lawyer to challenge the decision.

Speaking before the Madrid Masters, the 20-time Grand Slam champion said: “I heard, yes, I have spoken to some of the Russian players in Belgrade, and, obviously it’s not an easy situation to be in, stripped away the right to participate in one of the biggest tournaments if not the biggest tournament in the world.

“It’s hard. I understand that there is frustration. The ATP is going to analyse the whole situation and understand what can be done. I have not spoken to people from ATP, so I’m not sure about it. Going through something similar, let’s say, it’s not the same thing, but going through something similar earlier this year for myself, it’s frustrating knowing that you’re not able to play.

“I still stand by my position that I don’t support the decision. I think it’s just not fair, it’s not right, but it is what it is. They are entitled to make the decision, and now I guess it’s on the Player Council, the tour management, to really decide along with the players what is the best solution in this situation, whether they keep the points, protect the points, take away 50% of the points or whatever.

“We have had in the last couple of years, because of Corona, some reduction on points, and different models were implemented that were not implemented before because of Corona in order to allow players not to play if they don’t want to play but still have their points. So I heard that some of those models are still considered to be used in this kind of instance, but I’m not sure what is right, what is wrong, to be honest. I guess we’ll have to wait and see the outcome.”

Asked if it would be strange playing if all ranking points were removed from Wimbledon as a punishment, Djokovic responded: “Everything is possible but I really doubt that there won’t be any points at Wimbledon. Probably the more realistic option is to protect the points from the Russian and Belarusian players that are not playing.

“Again, anything is possible, so we have to wait and see and discuss at that point. You know, Wimbledon and Grand Slams are more than tournaments where you earn 2,000 points if you win. There is history behind it.

“So to me, Wimbledon was always a dream tournament when I was a kid. It won’t change if that answers your question, but again, it’s a big effect. It’s a ripple effect as well later on, I mean, how that’s going to affect the post-Wimbledon ranking system.

“I think in this particular situation, you won’t have everyone happy, so there is going to be somebody that’s going to suffer more negative consequences in terms of points than maybe some other players.”

Denial of responsibility! NewsUpdate is an automatic aggregator around the global media. All the content are available free on Internet. We have just arranged it in one platform for educational purpose only. In each content, the hyperlink to the primary source is specified. All trademarks belong to their rightful owners, all materials to their authors. If you are the owner of the content and do not want us to publish your materials on our website, please contact us by email – [email protected]. The content will be deleted within 24 hours.
banbest sports newsDjokovicdoublesnews update sportsnewsupdateNovakRussian