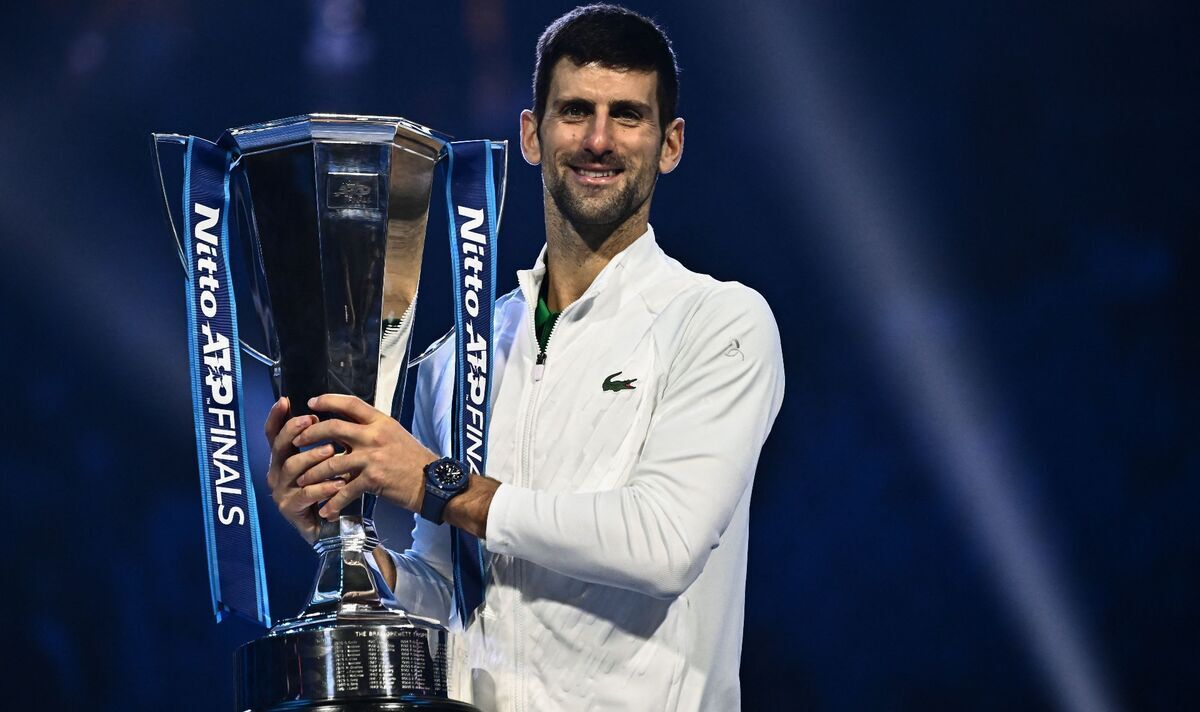 Novak Djokovic has ended the season on a high as he defeated Casper Ruud 7-5 6-3 to win his sixth title at the ATP Finals, equalling long-time rival Roger Federer’s record. The world No 8 will now rise three places in the rankings after going undefeated all week, earning 1,500 ranking points and a record £4,230,030 ($4,740,300) in prize money.

Djokovic and Ruud stepped onto the court for the last match of the ATP season with the ATP Finals title, up to 1,500 ranking points and a record prize money cheque on the line. The Serb was also eyeing history as he was bidding to tie Roger Federer on a record six titles at the year-end championships, while the 23-year-old was looking for his biggest career title and his first win over Djokovic.

It was experience that served Djokovic early in the match as he received two break points in Ruud’s first service game thanks to two errors from the third seed. But it was the 35-year-old’s turn to reel off a series of mistakes as he hit five errors in the next six points to allow Ruud to hold and then take a 0-30 lead on his own serve.

The world No 4 saved another break point to remain level with the seventh seed at 4-4 and found himself facing a set point while serving to force a tiebreak at 5-6 after failing to recover when Djokovic’s ball brushed the net but remained well inside the lines, and the Norweigian’s 19th error cost him the set as the five-time former champion took a 7-5 lead after 55 minutes.

JUST IN: Roger Federer weighs in on chances of coaching after retirement

Ruud began to look frustrated as he made another mistake to gift Djokovic a break point at 1-2 down and his error count creeped up to 25 as he gave the Serb a set-and-a-break lead which cemented his stronghold on the match. The 23-year-old still showed his sportsmanship despite struggling against Djokovic, as he told the world No 8 to correctly challenge a one of his shots that was called out, earning Djokovic the point.

The nine-time title winner was able to hold after his classy gesture but Djokovic remained unplayable in the second set, failing to drop a point on his first serve until the seventh game. Ruud managed to win one last game before the world No 8 stepped up to serve for the title, showing some signs of nerves as he made two errors in the game before winning a 36-shot rally to set up championship point. And with his two children watching on, Djokovic closed out a 7-5 6-3 victory in an hour and 32 minutes with an ace to make history and join Federer on a record six ATP Finals titles.

It was perhaps even more of a remarkable feat given Djokovic’s physical struggles this week, after the Serb was seen shaking during his three-hour-and-11-minute battle with Daniil Medvedev in Friday’s round-robin match and again briefly during the first set of Sunday’s final. The world No 8 also admitted that his legs still felt “heavy” in his semi-final against Taylor Fritz.

But Djokovic managed to power through to end the most unusual season of his career with his 91st career title and record-equalling sixth ATP Finals crown. The 35-year-old started the year by being deported from Australia on the eve of the first Grand Slam of the season and ends it with his first year-end Finals title in seven years, also picking up titles in Rome, Wimbledon, Tel Aviv and Astana. He will now end the season at No 5 in the world – just 2,000 points behind world No 1 Carlos Alcaraz – and has already received the news that he can start next season by returning to the Australian Open.

Denial of responsibility! NewsUpdate is an automatic aggregator around the global media. All the content are available free on Internet. We have just arranged it in one platform for educational purpose only. In each content, the hyperlink to the primary source is specified. All trademarks belong to their rightful owners, all materials to their authors. If you are the owner of the content and do not want us to publish your materials on our website, please contact us by email – [email protected]. The content will be deleted within 24 hours.
ATPbest sports newsDjokovicFedererFinalsnews update sportsnewsupdateNovak