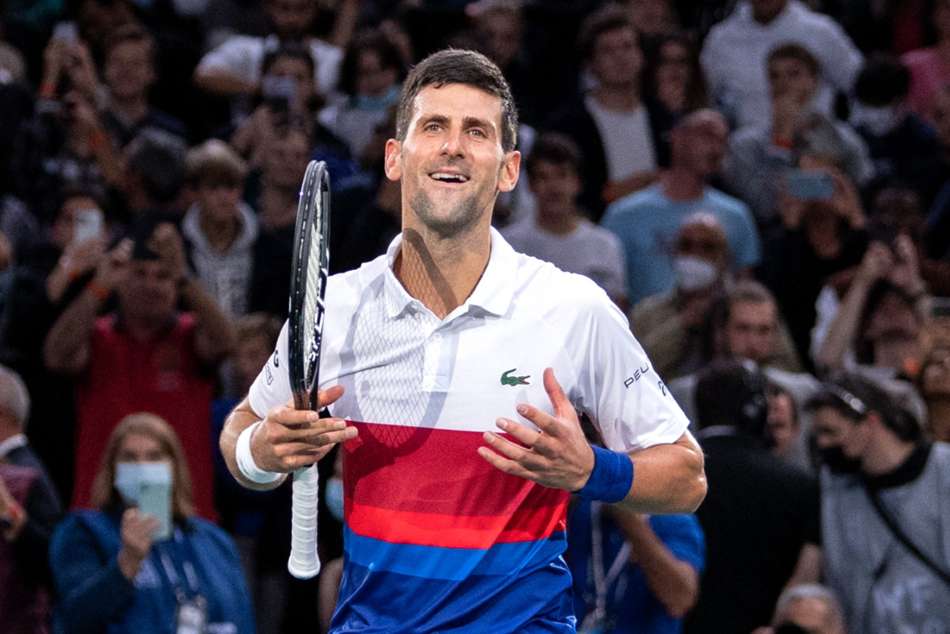 “The date of the first positive Covid PCR test was recorded on 16 December 2021,” they said in a filing to the federal court seeking to overturn the cancellation of his Australian entry visa.

In addition, Djokovic has asked to be moved from a Melbourne detention centre so he can train for the Australian Open, his lawyers said.

Djokovic has been in the Park Hotel detention facility since his arrival in the country “notwithstanding his requests to be moved”, his lawyers said in a federal court submission seeking to overturn the cancellation of his visa.

World number one Novak Djokovic’s brother Djordje has said that the tennis star is determined to see truth prevail in the vaccine exemption controversy and as a result the Serbian player will fight it out in the court.

The Australian Open organisers granted a medical exemption to vaccine-sceptic Djokovic after which he jetted into Melbourne on Wednesday.

However, on landing the nine-time Australian Open champion spent eight hours in detention at Melbourne Airport where he unsuccessfully pleaded his case to border officials.

“Novak could have left Australia by now, but had he done that, he would have admitted he is guilty which he is not and defeat, which is not an option.

“What’s left is to await the court decision. I don’t know what he’ll do if the decision doesn’t go his way, and he doesn’t know either. He is full of emotions, and tennis and the grand slam are currently the last things on his mind,” Djordje told Serbian media, as reported by the Sydney Morning Herald.

“The only thing he wants is to see justice served and the truth revealed. He didn’t complete any forms, that was done through the Australian tennis federation.

“It cooperated with the federal government and the tennis federation cannot issue any certificate, it was issued by the Victorian government.

“But the federal government stopped that certificate, which means we’ve reached a serious political situation,” he added.

Djokovic on Friday (January 7) had thanked people for their support since he was refused entry to Australia over his COVID-19 vaccine status.

“Thank you to people around the world for your continuous support. i can feel it and it is greatly appreciated,” the Serbian, who is in a detention facility in Melbourne awaiting an appeal, said on Instagram.

On Thursday, Djokovic won his court bid and as a result, there was no immediate deportation, allowing the defending Australian Open champion to stay in Melbourne until at least Monday.

Notably, the 34-year-old world number one had been granted a medical exemption to play in the AO 2022 for unspecified reasons, which created a huge uproar. Djokovic’s exemption was given by two independent medical panels organised by Tennis Australia, the body that runs the event, and Victoria state.

Djokovic is trying to defend his Australian Open title and become the male tennis player with most number of Grand Slams. He currently has 20 Slams, and is tied with Roger Federer and Rafael Nadal.

Denial of responsibility! NewsUpdate is an automatic aggregator around the global media. All the content are available free on Internet. We have just arranged it in one platform for educational purpose only. In each content, the hyperlink to the primary source is specified. All trademarks belong to their rightful owners, all materials to their authors. If you are the owner of the content and do not want us to publish your materials on our website, please contact us by email – [email protected]. The content will be deleted within 24 hours.
best sports newscontroversyCOVID19DecemberDjokovicinfectedlawyersnews update sports

What is DDR5? Is it better than DDR4? Read on to find out – Smartprix