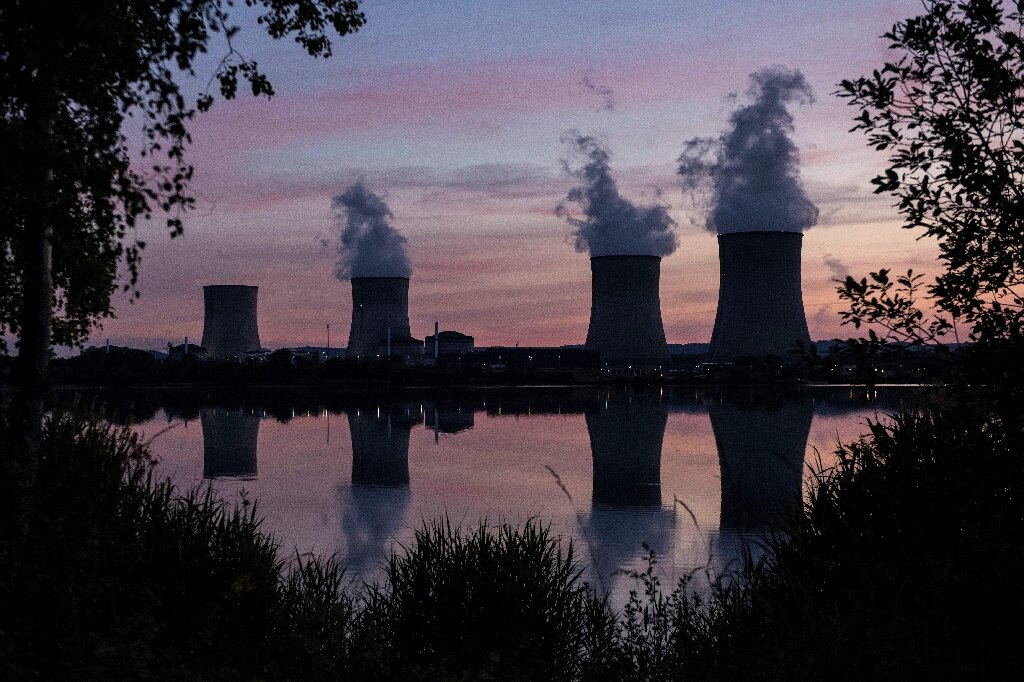 For its supporters, nuclear energy is the world’s best—perhaps only—hope to avoid catastrophic climate change. Opponents say it is too expensive, too risky and totally unnecessary.

Standing between the two camps are those who see atomic power as a necessary evil that will buy the time needed to develop cleaner and safer alternatives.

“We don’t have the luxury of choosing one or the other,” said Fatih Birol, executive director of the International Energy Agency, which advises developed countries.

It’s a hotly contested debate that continues to divide specialists and policymakers alike.

Unlike wind, solar and hydropower, nuclear plants do not depend on often unreliable climatic factors. A combination of drought and low winds, for example, has been blamed for the recent surge in natural gas prices that is stoking demand for dirty alternatives such as coal and oil.

On the plus side, nuclear reactors create massive amounts of power with no direct emissions of carbon dioxide.

Even taking into account the emissions associated with mining uranium for fuel and the concrete, steel and other materials used in construction, nuclear power emits very few greenhouse gases: much less than coal or gas, and even less than solar, according to some studies.

“Everything that brings emissions down is good news,” said Birol.

The IEA says nuclear power has avoided about 55 gigatonnes of CO2 emissions over the past five decades—about two years of global energy-related emissions of the greenhouse gas.

For those reasons, nuclear energy accounts for a bigger share of the world power mix in most of the scenarios put forward by the IPCC—the UN’s climate experts—to hold average global temperatures to 1.5 degrees Celsius above where they were at the end of the 19th century.

The International Atomic Energy Agency—whose mission includes the promotion of nuclear power—has raised its projections for the first time since the 2011 disaster at Japan’s Fukushima power plant, and now expects installed capacity to double by 2050 under the most favourable scenario.

That’s a central objective of the next major climate conference, COP26, to be held in Glasgow in November.

But while some countries—most notably China—are building new reactors, others are shuttering old ones: 5.5 gigawatts of capacity were installed worldwide in 2019 while 9.4 GW were permanently closed, the IEA says.

The divide runs through the European Union: while Germany decided to phase out nuclear power after Fukushima, countries such as Poland and the Czech Republic see it as a way to reduce dependence on coal.

“In the Czech Republic, nuclear energy is seen as a reliable and relatively cheap source of electricity,” said Wadim Strielkowski, an energy expert at the Prague Business School.

This division is reflected in the debate in Brussels about whether or not to include nuclear power in the green “taxonomy”, the classification of activities deemed good for the climate and the environment.

Opponents of nuclear power such as Greenpeace have put aside their traditional arguments—stemming from pacifism and fears about nuclear waste—to focus on efficiency calculations.

The costs of renewables have been falling steadily while major nuclear projects are expensive and have suffered major overruns.

“Spending money today on new nuclear power worsens the climate crisis, because investments are not being made in what is cheaper, faster and therefore more efficient,” said Mycle Schneider, author of a critical annual report on nuclear.

However, the nuclear industry has another trick up its sleeve.

For some years now, it has been betting heavily on small modular reactors (SMRs): simpler, mass-produced in factories, they are less likely to go awry than huge construction sites.

So far, only Russia has commissioned this technology—for a groundbreaking floating plant. Still, there are signs of interest from other countries.

“The future of nuclear energy, whether in the Czech Republic or elsewhere in the world, could be small reactors,” said Strielkowski.

Merkel: No way back on German plan to end nuclear power use

Denial of responsibility! NewsUpdate is an automatic aggregator around the global media. All the content are available free on Internet. We have just arranged it in one platform for educational purpose only. In each content, the hyperlink to the primary source is specified. All trademarks belong to their rightful owners, all materials to their authors. If you are the owner of the content and do not want us to publish your materials on our website, please contact us by email – [email protected]. The content will be deleted within 24 hours.
best technology newsclimateEarthsnews update technewsupdatenuclearoptionpanacea