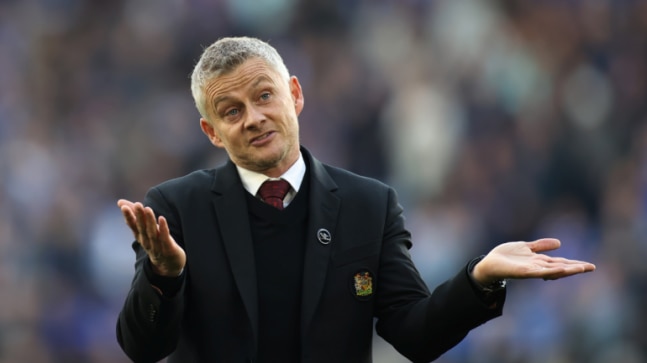 Manchester United captain Harry Maguire conceded that the players haven’t been performing up to the mark and urged them to share a “big responsibility” for manager Ole Gunnar Solskjaer’s sacking. The Norwegian tactician parted ways with the Premier League giants after a 3-year stint that ended after United’s 4-1 defeat at Watford over the weekend.

Solskjaer’s former assistant Michel Carrick has been put in temporary charge while an interim manager is chosen. He will be in charge when Manchester United’s crucial Champions League clasah against Villareal away from home on Tuesday.

Maguire said Ole Gunnar Solskjaer’s sacking has been an emotional moment for the players and that they had plenty of respect for the former boss and club legend.

“It has been a very hard time as players. The amount of respect we had for the boss. We’ve been on a journey together,” Maguire said.

“The players need to take big responsibility. Ultimately the manager has paid the price, we’re all so disappointed by that. We know we haven’t been good enough. We’ve spoken about that. The lads want to succeed.”

After a bright start to the season, following the arrival of signings such as Jadon Sancho and Cristiano Ronaldo, United have slumped alarmingly and have lost four of their last five league games, shipping 15 goals in the process.

“It hasn’t been good enough, not delivering individually or collectively. It snowballed from one thing to another,” Maguire said. “We have to find something within ourselves to find that focus and mentality.

“The manager came in and spoke to us (yesterday), it was an emotional day. He was a legend, he’ll remain one.”

I WILL GIVE MY BEST TO THE CLUB: CARRICK

Carrick, who worked with Solskjaer for three years, also said it had been an emotional farewell to the former striker but added his priority now was winning against Villarreal that could all but seal United’s place in the last 16 of the Champions League.

“It’s not the time to look back now, I know what I could have done in my own mind better,” he said.

“It’s easy to look elsewhere, as a player I was exactly the same. For me what’s next is a flight to Spain and preparing for tomorrow. All I’ve been thinking about is the game.

“We have a big game on the weekend (against Chelsea) but we will address that whenever we need to. As long as the club wants me I will give my best.”

United lost to Villarreal on penalties in last season’s Europa League final but avenged that with a 2-1 home victory in September – when Ronaldo scored a stoppage-time winner.

Group F is extremely tight though with United and Villarreal both on seven points from four games and Italian club Atalanta on five points and Young Boys of Switzerland on three.

Denial of responsibility! NewsUpdate is an automatic aggregator around the global media. All the content are available free on Internet. We have just arranged it in one platform for educational purpose only. In each content, the hyperlink to the primary source is specified. All trademarks belong to their rightful owners, all materials to their authors. If you are the owner of the content and do not want us to publish your materials on our website, please contact us by email – [email protected]. The content will be deleted within 24 hours.
best sports newscaptainGoodGunnarHarryMaguireManchesternews update sports