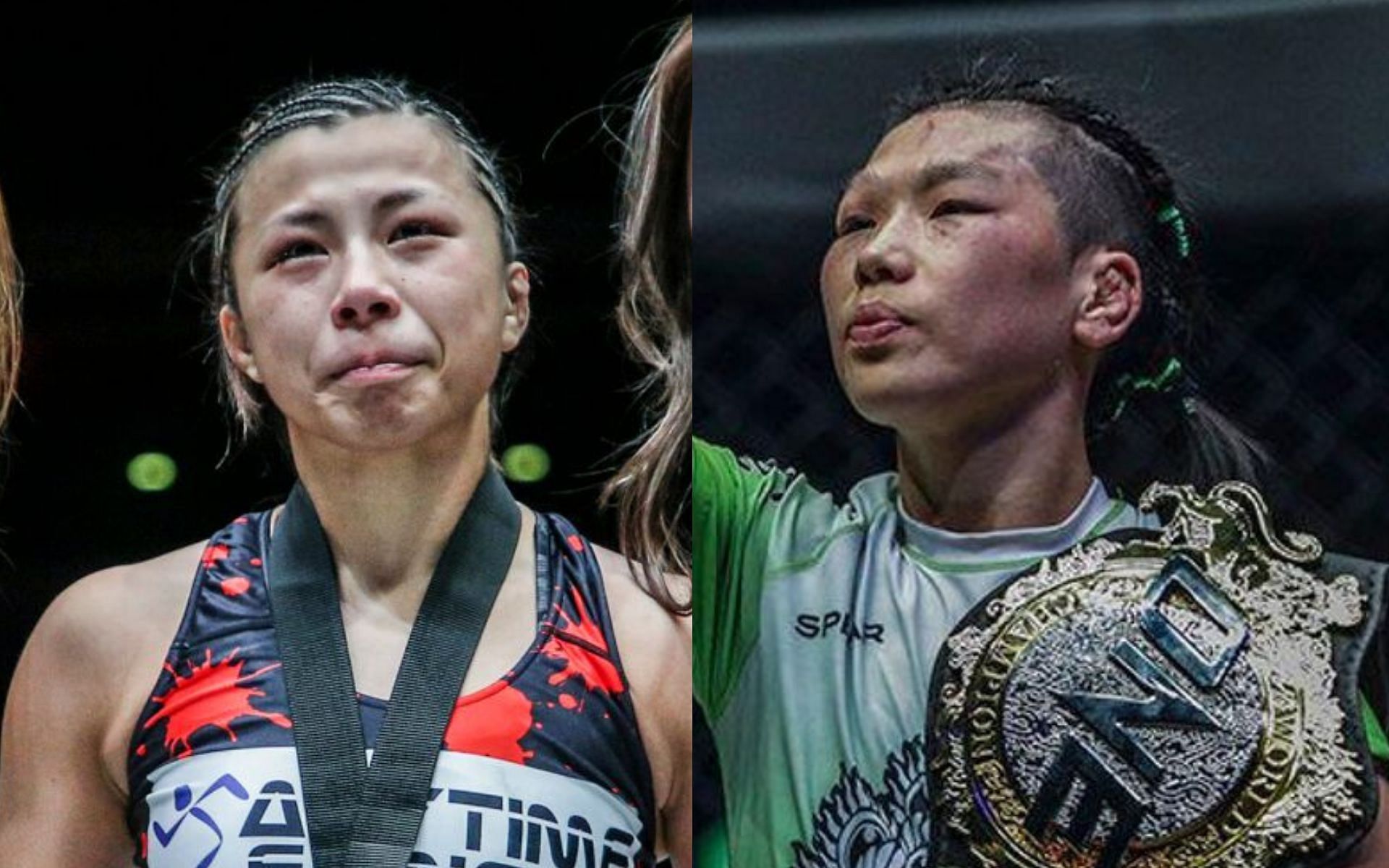 Xiong Jing Nan is set to defend her title at ONE Championship: Heavy Hitters against Ayaka Miura on January 14th at the Singapore Stadium. Known as a knockout artist, ‘The Panda’ looks to showcase her improved ground game against a submission specialist.

The ONE Championship strawweight titleholder will be bringing her 16-2 professional MMA record to this fight against Miura. With 10 of her wins coming via knockout, and only one by way of submission. The last time Nan scored a submission win was in her debut in Kunlun Fight back in August 2014.

Assessing her competition, Nan is very much aware of Miura’s grappling capabilities inside the MMA cage. The Japanese fighter comes into this bout with an 11-3 professional record and owns seven submission wins, while also having only lost once in the circle.

“I think she’s definitely a great fighter especially her judo, it is phenomenal. I’m very happy to fight someone like her because I could learn from the best of her specialty,” said Xiong in an interview with the South China Morning Post.

In preparation for her title defense against Miura in ONE Championship, the 34-year-old Chinese fighter has been working on her wrestling during training camp.

‘XJN’ has been leaning towards the stand-up game to win most of her victories in ONE Championship and that is in contrast to her next opponent.

Ayaka Miura traditionally looks to impose her will and submit her competitors with her trademark ‘Ayaka Lock’.

Doing her homework heading into her title defense, she believes that Miura will look to bring her to the ground and it’s unlikely for the Japanese fighter to go toe-to-toe given her striking ability.

“I don’t want to sell her short but I just don’t see she got any chance when we go standing because she’s a judo artist. I don’t think she will go that way with me.”

Denial of responsibility! NewsUpdate is an automatic aggregator around the global media. All the content are available free on Internet. We have just arranged it in one platform for educational purpose only. In each content, the hyperlink to the primary source is specified. All trademarks belong to their rightful owners, all materials to their authors. If you are the owner of the content and do not want us to publish your materials on our website, please contact us by email – [email protected]. The content will be deleted within 24 hours.
Ayakabest sports newsChampionshipeagerGamegroundimprovedJing

EXPLAINER: What could Novak Djokovic face next in the Australia visa fight? | Tennis News – Times of India

Nick Kyrgios in ‘incredible transformation’ and…

Gboard tests the ‘Flick input sensitivity’ setting: What is…

Man Utd ‘working on a deal for Adrien Rabiot’…