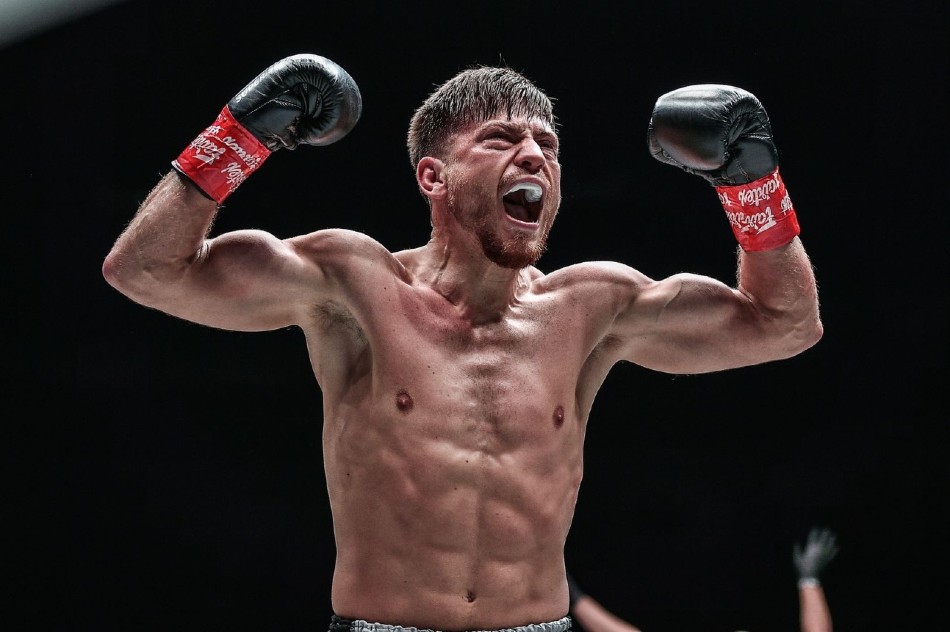 ONE First Strike: Enriko Kehl prepared to win at all cost in GP quarterfinals

The German superstar takes on Davit Kiria in the quarterfinals of the ONE Featherweight Kickboxing World Grand Prix on Friday, 15 October. It will be his second appearance in the elite tournament.

“It’s a big honor to fight again in the tournament and an honor that ONE believes in me, so I took the chance,” the 29-year-old said.

“I hope I can show the world that I’m one of the best fighters.”

Giorgio Petrosyan to Superbon: I don’t joke around when I’m in the ring

In the inaugural edition of the Grand Prix two years ago, Kehl suffered a tough loss to long-time foe Dzhabar Askerov. He did his best to sway the bout in his favor, but Askerov’s power and precision were enough to convince the judges.

That defeat did not break “The Hurricane” Kehl’s spirit, however. If anything, it proved to be a turning point as he went on to record back-to-back wins against Armen Petrosyan and Chingiz “Chinga” Allazov in ONE.

Coupled with the fact that he has found a new place to sharpen his tools, Kehl is certain that he can fight against the best strikers on the planet, especially the other seven men standing between him and the Grand Prix silver belt.

“Chingiz is one of the greatest fighters in the world, everybody knows it. That was a very good performance of mine. This was because I changed my team at the beginning of the year,” the Trans4mer Mainz representative said.

“We worked very hard and, in my opinion, I made a big step forward in my performance, so I am looking forward to the tournament because my confidence is now very high, and I can’t wait to step into the ring with the big names of the world again.”

These big names, however, don’t make his blood run cold. Instead, they have fired him up to a whole new level.

“Then we can also continue to fight for the title.”

Denial of responsibility! NewsUpdate is an automatic aggregator around the global media. All the content are available free on Internet. We have just arranged it in one platform for educational purpose only. In each content, the hyperlink to the primary source is specified. All trademarks belong to their rightful owners, all materials to their authors. If you are the owner of the content and do not want us to publish your materials on our website, please contact us by email – [email protected]. The content will be deleted within 24 hours.
best sports newscostEnrikoKehlnews update sportsnewsupdatePreparedquarterfinals

NFL trade rumors: 15 players most likely to be traded at the…