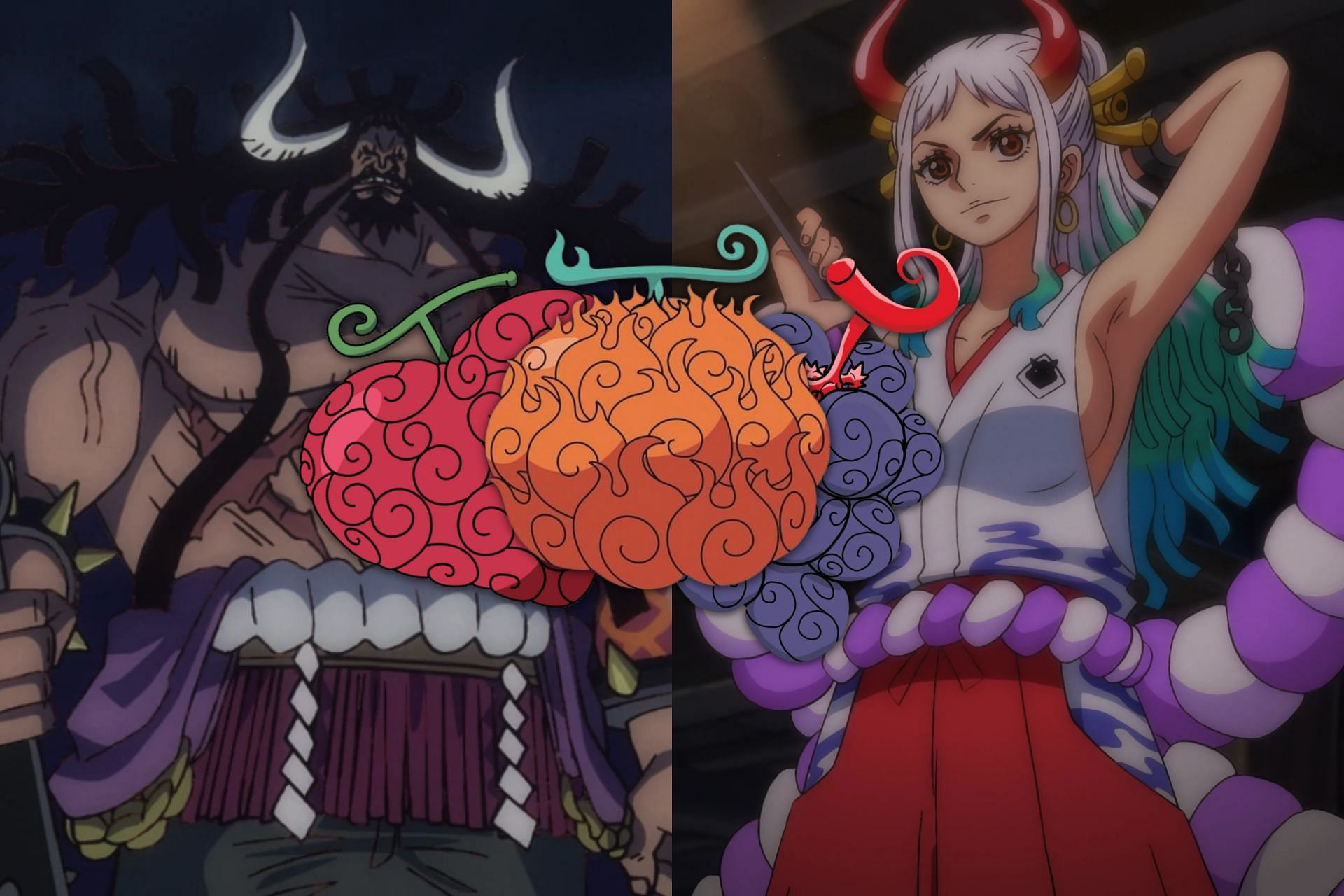 One Piece: Kaido and Yamato Devil Fruit designs to be revealed

One Piece magazine has announced that in Volume 13, fans will finally see the Devil Fruit designs of Kaido and Yamato.

Volume 13 of the One Piece magazine is set to debut on 2 December 2021. The magazine is a special publication covering various aspects of the series, from behind-the-scenes details to important lore information.

The upcoming Volume 13 is headlined by the debut of Yamato and Kaido’s Devil Fruit designs. These two characters are incredibly important to the current saga of the series, making this Devil Fruit reveal all the more relevant.

Who are Kaido and Yamato?

For those who don’t know, Kaido and Yamato are a father-daughter pair of characters in One Piece. Kaido is the main antagonist of the Wano arc thus far, while the latter has defected to the side of protagonists.

Kaido is one of the four Yonko, or Emperors who rule the New World Sea. Part of the reason behind Luffy and friends’ conflict with Kaido is reclaiming the country of Wano for the Kozuki clan.

Another reason is that Luffy must defeat the Yonko if he hopes to make it to Raftel and the One Piece.

As we see through her backstory, Yamato idolized Kozuki Oden from a young age. When the latter died, Yamato professed her intent to become the next Oden to her father. Kaido responded to this by locking her up in a dungeon with samurai, who ironically further emboldened the young warrior’s ambition.

By the time of Luffy’s arrival to Onigashima, Yamato was fully grown and ready to become Oden. As a means to this end, she joins the battle against her father and even goes toe to toe with him at one point.

What are their Devil Fruits called?

Both Kaido and Yamato wield Mythical Zoan Types. These Devil Fruits, as the name implies, allow their users to become mythical beasts from various cultures.

Kaido has the Fish Fish Fruit Model: Azure Dragon. This fruit allows him to transform into a hybrid and full azure dragon. Notably, the latter imbues Kaido with flame breath and the ability to create flame clouds.

Kaido’s Devil Fruit references the Chinese myth of a carp fish jumping a waterfall and transforming into a dragon for his achievement.

In #ONEPIECE Magazine Volume 13, the Devil Fruit design for Yamato & Kaido will be revealed for the first time!

In #ONEPIECE Magazine Volume 13, the Devil Fruit design for Yamato & Kaido will be revealed for the first time! https://t.co/Vx0Mtx6J3l

Yamato has the Dog Dog Fruit Model: Okuchi no Makami. This fruit allows her to transform into a now extinct Japanese grey wolf. These wolves were viewed in Japan as mythical protectors of mankind, hence the fruit’s classification as a Mythical Zoan.

The designs of these two fruits are very interesting. Notably, most Zoan fruit forms are related to the powers they give in some way. With that being said, fans can expect Oda to give these two very unique and flashy aesthetics.

In #ONEPIECE Magazine Volume 13, the Devil Fruit design for Yamato & Kaido will be revealed for the first time!

In #ONEPIECE Magazine Volume 13, the Devil Fruit design for Yamato & Kaido will be revealed for the first time! https://t.co/Vx0Mtx6J3l

Kaido and Yamato’s Devil Fruit powers are two of the most unique and significant in the series. One Piece fans can expect the designs of these fruits to be as pivotal and eye-grabbing as their powers themselves.

The designs are set to debut in Volume 13 of the One Piece magazine. Alongside these reveals, fans can expect lore information as seen in previous issues.

Be sure to keep an eye out for these Devil Fruit designs and more when Volume 13 of the One Piece magazine releases on 2 December 2021.

Denial of responsibility! NewsUpdate is an automatic aggregator around the global media. All the content are available free on Internet. We have just arranged it in one platform for educational purpose only. In each content, the hyperlink to the primary source is specified. All trademarks belong to their rightful owners, all materials to their authors. If you are the owner of the content and do not want us to publish your materials on our website, please contact us by email – [email protected]. The content will be deleted within 24 hours.
AnimeAnime Newsbest sports newsdesignsDevilfruitKaidoNews

Cycling NZ on the skids again

PlayStation Creator Ken Kutaragi Isn’t A Fan Of The…