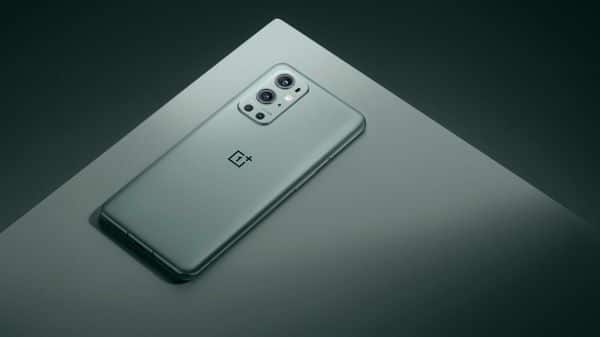 The world of technology is abuzz with the news of 5G revolutionising communication in more ways than one. The excitement is real, because with this disruption in technology, our relationship with our smartphones is only going to change – yes, it’s likely to get better. Imagine enjoying faster internet speeds, zero-latency gaming, and much more. While these are some of the benefits we are aware of at the outset, it is essential to delve deeper and understand what goes into its technology.

There are various bands that are distributed across a range of spectrums – that’s what 5G technology is all about. n78 is the most commonly-used term for a 5G frequency band that is used for fifth-generation mobile networks; this is what is defined by 3GPP. It has been widely tested and is being deployed across most countries in Europe and Asia. Why this band, in particular? Well, the band is more commonly available, and its lower spectrum is already being used in 3G and 4G networks. Think of it as an add-on or a value-add, when it comes to 5G.

Sources suggest that the band has been always used in small, adhoc WiMAX and WTTx multipoint networks.

The fascination with 5G

5G can be segregated into various groups, namely low-band, mid-band and high-band. By definition, both low-band and mid-band have frequencies that are under 6GHz. What essentially happens in these cases is that they have a longer range. The high-bands have frequencies that are higher than 24GHZ, and while the speeds are insanely fast, the range is not something to talk about. The majority of commercial 5G networks utilise the mid-band, which falls in the 3.3-3.8GHz range, as their lower cellular spectrum (as mentioned earlier) is already widely in use by 3G and 4G networks.

What’s more, n78 at 3.5GHz fulfils the requirement of bands that are expected to be made available in India, when 5G is officially introduced. In fact, the recent 5G trials in India include testing the mid-band, and the case is similar in most European and Asian countries, where n78 is currently in use.

Let’s take a case in point: most of the 5G-ready devices that have been launched are utilising the sub-6GHz 5G network. In fact, some of the most affordable 5G smartphones that come packed with MediaTek’s Dimensity SoCs like Realme X7, the Realme X7 Pro 5G, and the OPPO Reno5 Pro 5G support a handful of sub-6GHz 5G bands including n78 and n41.

That’s also because there are several challenges that come with mmWave networks. As mentioned above, the high-band might give you great and amazingly fast speed, but the range is quite poor. Even after having 5G, you won’t be able to enjoy the connectivity you’ve dreamt of. The penetration is much lower as compared to a sub-6HZ network, and that means you will be constantly worried if you even get the internet or not.

Addressing the challenges at hand

According to the India Ratings and Research, there are various challenges that must be addressed before 5G becomes a full-fledged force in India. This includes the high price of 5G airwaves in India, apprehensions of users to migrate from one spectrum to the other, and last but not the least, capital expenditure that telecom companies have to incur.

It was in early May that the Department of Telecommunications asked Indian telcos to start with trials for 5G networks for six months, which takes into account the mid-band (3.2-3.7GHZ), millimetre wave band (24.25-28.5GHZ) and sub-gigahertz band (700GHz), along with other existing spectrums.

The scales tilt in favour of mid-range bands, also as pointed out by 5G Spectrum GSMA Public Policy Position, released in March 2021. The report states that mid-bands are advantageous, because they blend in both coverage and capacity.

Keeping all the prerequisites in mind, the 5G bands on the OnePlus 9 series are decided based primarily on the priority of Indian and global carriers after closely working with telecom operators and stakeholders.

There has been a growing concern that OnePlus 9 users will not be able to use 5G services overseas. Fret not, because the two supported bands – n41 and n78 – will be part of the smartphone series. Moreover, even if you travel abroad, 5G can be experienced outside of India via 5G roaming service, co-provided by India and local carriers (when available), or with local 5G SIM cards on supported 5G bands.

Denial of responsibility! NewsUpdate is an automatic aggregator around the global media. All the content are available free on Internet. We have just arranged it in one platform for educational purpose only. In each content, the hyperlink to the primary source is specified. All trademarks belong to their rightful owners, all materials to their authors. If you are the owner of the content and do not want us to publish your materials on our website, please contact us by email – [email protected]. The content will be deleted within 24 hours.
5Gbandsbest technology newsconnectivityGlobalMidrangeNew Oneplus 9 seriesnews update tech

‘He Was Our Dreams’: A College Basketball Star’s Wrenching Death