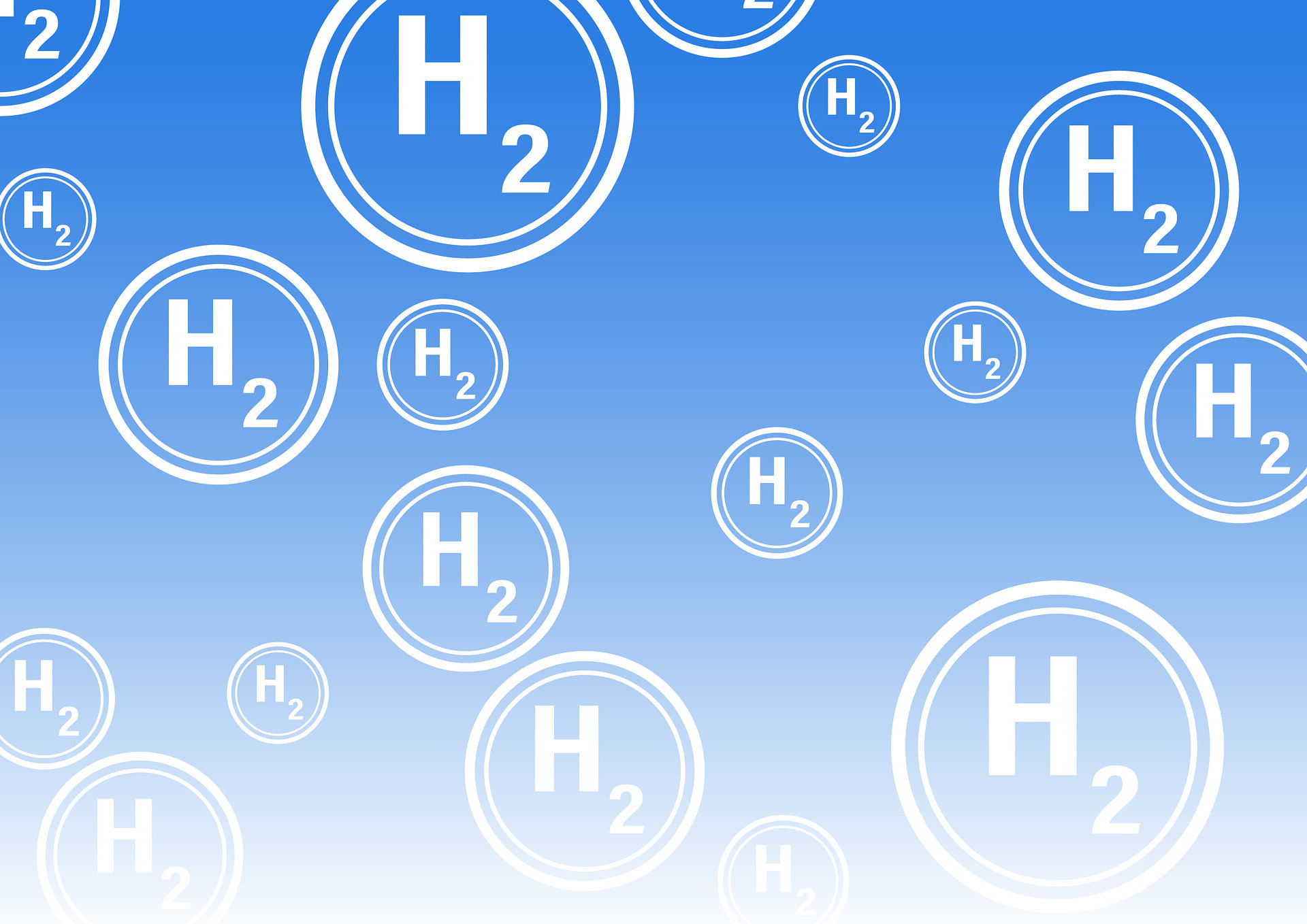 Opinion: Hydrogen for ground transportation and heating is a bad idea

Ambitions to make hydrogen a key energy carrier for a climate friendly future are misguided, says Anthony Patt. Wherever possible, including ground transportation and heating, we should replace fossil fuels with the direct use of renewable electricity.

To save the climate, the world needs to stop using fossil fuels by mid-century. We are finally headed in the right direction. Nearly all new power-sector investment is going into renewable energy sources. Battery electric vehicles (BEVs) are becoming popular. Most new buildings are being built with non-fossil heating systems. The pace of change needs to accelerate, and stronger climate policies are required. Yet one of the most serious threats to all of this is masquerading as clean energy’s friend: hydrogen.

The wrong carrier of hope

Hydrogen is an energy carrier, like electricity, not an energy source. We can produce it three ways. Gray hydrogen, currently accounting for nearly all hydrogen used, is obtained from methane, in a process that generates substantial CO2 and fugitive methane emissions. Blue hydrogen is like gray, but with carbon capture and storage to reduce CO2 emissions. Unfortunately, fugitive methane emissions and process inefficiencies lead even blue hydrogen to have higher greenhouse gas emissions than whatever oil and natural gas it might replace.

Green hydrogen is made from water, using renewable electricity for electrolysis. It generates no direct emissions and is the only climate friendly option. The problem with green hydrogen is that, in most cases, using renewable energy directly would be more efficient, less expensive, and demand fewer natural resources and new infrastructure. From a systems perspective these issues are crucial.

Consider ground transport. Current BEVs are cost-competitive with gasoline and diesel cars and have a rapidly growing market share. They offer sufficient range to satisfy 99% of all trips, and for the other 1%, high speed chargers provide over 400 km of range in less than 30 minutes, equivalent to breaks people need anyway. Recent work shows that battery electric trucks, which so-far have lagged behind cars, function equally well in terms of both economics and range, even for long distances. There have been concerns about the environmental impacts of battery production; these can and are being addressed through circular economy solutions.

The core infrastructure for charging BEVs—the electricity grid—already exists. As the number of BEVs on the road rises, we will need to augment both renewable power supply and the distribution grid. But importantly, the diffusion of BEVs and needed infrastructure upgrades can happen simultaneously.

The story is similar for heat pumps, which are the most efficient way of using renewable power to heat buildings and many industrial processes. They are cost-competitive with fossil heating systems now, and infrastructure improvements can occur simultaneously with their expanding market share.

So what about hydrogen? Hydrogen fuel-cell electric vehicles’ (FCEVs) primary advantage is that they refuel faster than BEVs can charge. This no longer matters much, as BEV range and charging speeds have increased. Their first disadvantage is that FCEVs’ overall efficiency—electricity, to green hydrogen, back to electricity, to wheel—is half to a third that of BEVs. Higher energy use makes them significantly more expensive, compared to both BEVs and gasoline or diesel. And we would need an extensive new infrastructure for hydrogen distribution and fuelling, which unlike that for BEVs would need to be in place before FCEVs are suitable for any mass market at all.

In the case of heating, there are so-called “hydrogen-ready” boilers coming to market that can burn a mixture of natural gas and hydrogen. Pure hydrogen boilers, which is what we ultimately would need, don’t yet exist. Boilers offer some short-term advantages over heat-pumps, in terms of less need to renovate some older buildings. But then there are the same disadvantages as with FCEVs. Efficiency: it would take about six times more renewable electricity to produce the needed green hydrogen, compared to using a heat pump to heat the same building. Costs: these are higher, because of the greater energy use. Infrastructure: a second parallel hydrogen delivery system would be required before pure hydrogen boilers—which is what we really need by 2050—can begin to enter the market.

Just as important, scaling up renewable electricity supply fast enough is probably going to be the main bottleneck in the transition away from fossil fuels. In Switzerland, for example, we currently install solar photovoltaic (PV) capacity faster than ever, and yet we will need to quickly ramp-up installation rates by an additional factor of four in order to fully electrify ground transportation and partially electrify heating by 2050. If green hydrogen becomes prevalent, the ramp-up will have to be even faster, and the challenges much greater.

Despite these problems, there is a huge amount of political enthusiasm for hydrogen. To be clear: there are some applications where hydrogen will help us decarbonize, notably seasonal energy storage, steel production, and as an intermediate step in producing sustainable aviation fuels (see ETH News). But policies being discussed extend far beyond these.

The EU’s Hydrogen Strategy, for example, envisions making hydrogen a key energy carrier for ground transport and heating, and would dedicate billions of Euros in public funding towards R&D and infrastructure planning. The Swiss government has no such plans vis-à-vis heating, but cantonal governments have signaled that they see expanding infrastructure for BEVs and FCEVs as having equal priority. It just doesn’t make sense.

So why the hype?

The hype appears to come from corporate lobbying in the policy process. The European hydrogen lobby spends over €50 million annually, outperforming environmental NGOs by a factor of five in terms of meeting and providing pre-packaged strategies to overworked policy-makers.

And that does make sense, because the transition to renewable energy threatens to make their entire industry obsolete. Prioritizing hydrogen will slow it all down, prolonging the use of existing assets. If hydrogen demand expands faster than the supply of renewable energy to manufacture green hydrogen, we will be forced to continue using gray or blue hydrogen, which rely on natural gas. Finally, the fossil energy industry’s primary skill set lies in processing, storing, and delivering fuel to customers through pipelines and points of sale.

I am not the only one who is worried. One of the leading global energy sector and cleantech analysts, Daniel Liebreich, has suggested that the oil sector is lobbying for hydrogen “because it wants to delay electrification.” A group of prominent British scientists have written to their government expressing concern about hydrogen development.

In a few limited applications, green hydrogen may help us decarbonize. But for ground transport and heating, which together account for the majority of energy consumption, hydrogen is a really bad idea. It’s the fossil energy industry’s last best chance for survival, and they are playing the political game accordingly.

If they win, it will delay the transition to clean energy. Generate higher emissions in the meantime. Require more land and resource for energy production. And cost more. Environment and society will lose.

Denial of responsibility! NewsUpdate is an automatic aggregator around the global media. All the content are available free on Internet. We have just arranged it in one platform for educational purpose only. In each content, the hyperlink to the primary source is specified. All trademarks belong to their rightful owners, all materials to their authors. If you are the owner of the content and do not want us to publish your materials on our website, please contact us by email – [email protected]. The content will be deleted within 24 hours.
badbest technology newsgroundheatinghydrogenideanews update technewsupdate