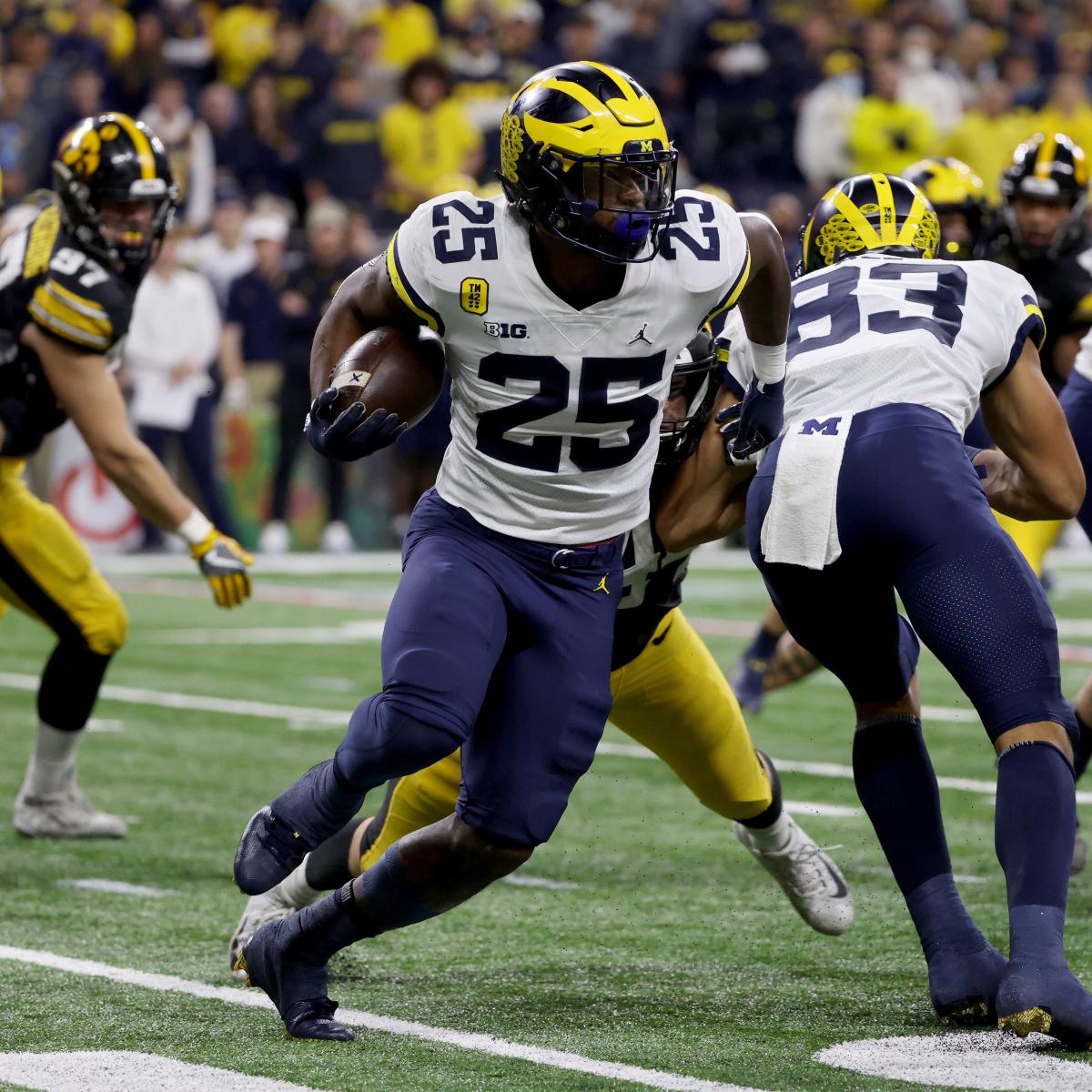 On Sunday, the College Football Playoff selection committee will be picking the four teams that will comprise this year’s field. And two of those programs will be heading to the Orange Bowl for a semifinal matchup at Hard Rock Stadium in Miami on New Year’s Eve.

This will be the third time that the Orange Bowl will be a CFP semifinal since the system was implemented in 2014. And it’s guaranteed to be the first one that won’t feature Oklahoma.

Who will be heading to Miami this year? That isn’t yet known. However, it does seem clear which four teams will likely make up the field. Those schools should be (in order): Alabama, Michigan, Georgia and Cincinnati.

Although the bracket isn’t set, here’s everything to know at this point about this year’s Orange Bowl.

Many college football analysts are predicting that Alabama (which will likely be No. 1) and Cincinnati (likely No. 4) will be facing off in the Cotton Bowl, including Jerry Palm of CBS Sports, Kyle Bonagura and Mark Schlabach of ESPN and Stewart Mandel of The Athletic. The Crimson Tide are slightly closer to Arlington, Texas, than they are Miami, and none of their potential opponents would have a distinct home-field advantage at either site.

While it’s possible that either matchup could be going to either semifinal bowl game, it seems the Orange Bowl is set to feature Michigan and Georgia, who are likely to be ranked No. 2 and No. 3, respectively.

If that ends up being the case, then the fans in Miami should be getting treated to an exciting contest.

Michigan and Georgia have faced off only twice before. The Wolverines beat the Bulldogs in 1957, and Georgia got revenge in 1965. So it’s been a long time since these programs have gone head-to-head, and they have never faced off on a stage as big as the CFP.

After beating Ohio State to end the regular season and then topping Iowa in the Big Ten Championship Game, Michigan is heading into the Playoff with a ton of momentum. The Wolverines are 12-1 this season, and they have won five games in a row since losing at Michigan State on Oct. 30.

Michigan has suffered plenty of disappointment in the years since Jim Harbaugh took over as head coach in 2015, so this has easily been its most successful year of this era. The Wolverines are heading to the College Football Playoff for the first time, and they are looking to make the most of the opportunity.

“We defied all expectations,” Michigan defensive end Aidan Hutchinson said, per Michael Marot of the Associated Press. “Nobody ever thought we could do this, especially this season and we did it—in dominant fashion.”

Georgia is likely going to be the only team in this year’s CFP field that isn’t a conference champion. The Bulldogs were dominant during their 12-0 start, but they couldn’t slow down Alabama in the SEC Championship Game on Saturday.

Still, Georgia was so impressive all season that it is deserving of a playoff berth. The Bulldogs would have been the No. 1 seed if they had won the SEC title. Instead, they are going to be a lower seed and have a more challenging matchup.

But the most important thing is getting into the CFP, and Georgia should have done enough to do that.

If Michigan-Georgia is the matchup in Miami, it has the potential to be one of the most exciting games of the 2021 season.

Denial of responsibility! NewsUpdate is an automatic aggregator around the global media. All the content are available free on Internet. We have just arranged it in one platform for educational purpose only. In each content, the hyperlink to the primary source is specified. All trademarks belong to their rightful owners, all materials to their authors. If you are the owner of the content and do not want us to publish your materials on our website, please contact us by email – [email protected]. The content will be deleted within 24 hours.
best sports newsBowlfinalInfonews update sportsnewsupdateOrangeplayoff

Why Do People Make (and Watch) 5-Hour ‘iCarly’ Analysis Videos?