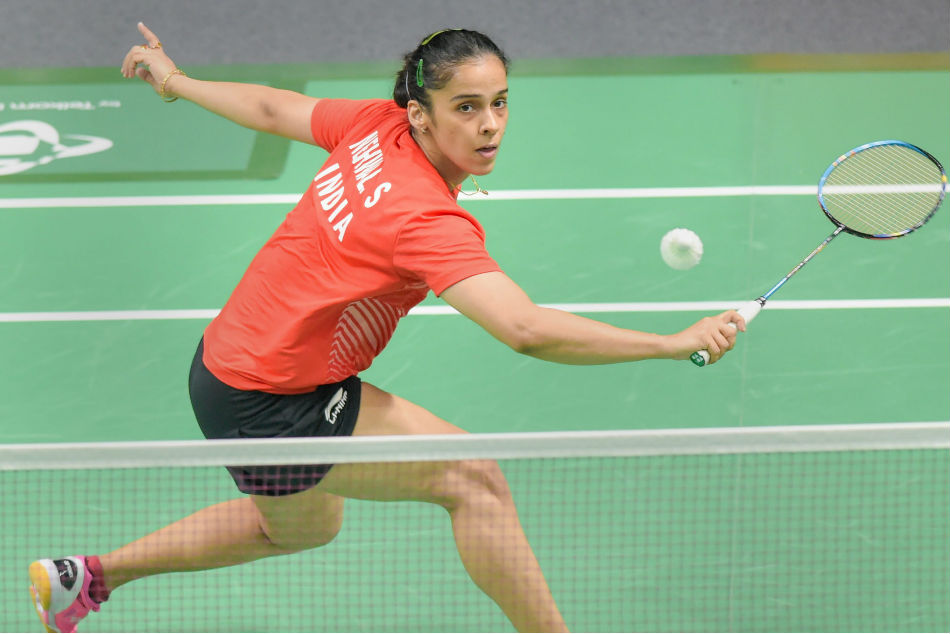 It is the first semi-finals in two years for world no. 20 Saina, who is desperate to accumulate ranking points to make it to her four Olympics at the Tokyo Games. Her last semifinal appearance was in January 2019 in the Indonesia Masters 500 tournament which she had won.

The fourth seeded Indian, who had withdrawn from the All England Championships last week due to an injury, had to dig deep to script a 21-19 17-21 21-19 win over world no. 36 Wang in a gruelling quarterfinals match that lasted exactly an hour.

The London Olympic bronze medallist will face either Denmark’s Line Christophersen for a place in the finals at the Super 100 event, which is a part of BWF’s revised Olympic qualification events.

Saina dished out a compact game as she led 11-5 at the first interval but Wang narrowed the gap to 13-15 after the break. The American reeled off five straight points next to grab a 18-16 lead.

However, Saina sealed the opening game with four straight points.

The second game was a close affair as both the players fought hard before Saina eked out a slender 13-11 lead at the mid-game but a determined Wang pushed ahead and roared back into the contest.

In the decider, Saina led 6-4 and then 12-8. The Indian kept her nose ahead despite Wang breathing down her neck. Saina grabbed three match points, wasted two of them before clinching the match.

Meanwhile, ace India shuttler Kidambi Srikanth bowed out of the Masters after losing in the men’s singles quarter-finals. France’s Toma Junior Popov defeated Srikanth in straight games 21-19, 21-17 in a clash that lasted for 41 minutes.

The Indian shuttler staged a great show but he could not get over the line and lost both the games with a close margin.

The Indian men’s doubles pair of Krishna Prasad Garaga and Vishnu Vardhan Goud Panjala outwitted world no. 47 French duo of Christo Popov and Toma Junior Popov 21-17 10-21 22-20 in an hour and three minutes to make it to the semifinals.

The unheralded Indian duo will face England’s Callum Hemming and Steven Stallwood for a place in the final on Saturday (March 27).

The English pair had ended the campaign of Indian seventh seeds MR Arjun and Dhruv Kapila 21-19 18-21 23-21 in the quarterfinals.

In the mixed doubles quarter-finals, Ponappa combined with Kapila to beat English pair of Max Flynn and Jessica Pugh 21-13, 21-18 to book a semi-final clash against Danish pair Niclas Nohr and Amalie Magelund.

Denial of responsibility! NewsUpdate is an automatic aggregator around the global media. All the content are available free on Internet. We have just arranged it in one platform for educational purpose only. In each content, the hyperlink to the primary source is specified. All trademarks belong to their rightful owners, all materials to their authors. If you are the owner of the content and do not want us to publish your materials on our website, please contact us by email – [email protected]. The content will be deleted within 24 hours.
beatsbest sports newsEnterexitsIrisMastersNehwalnews update sports