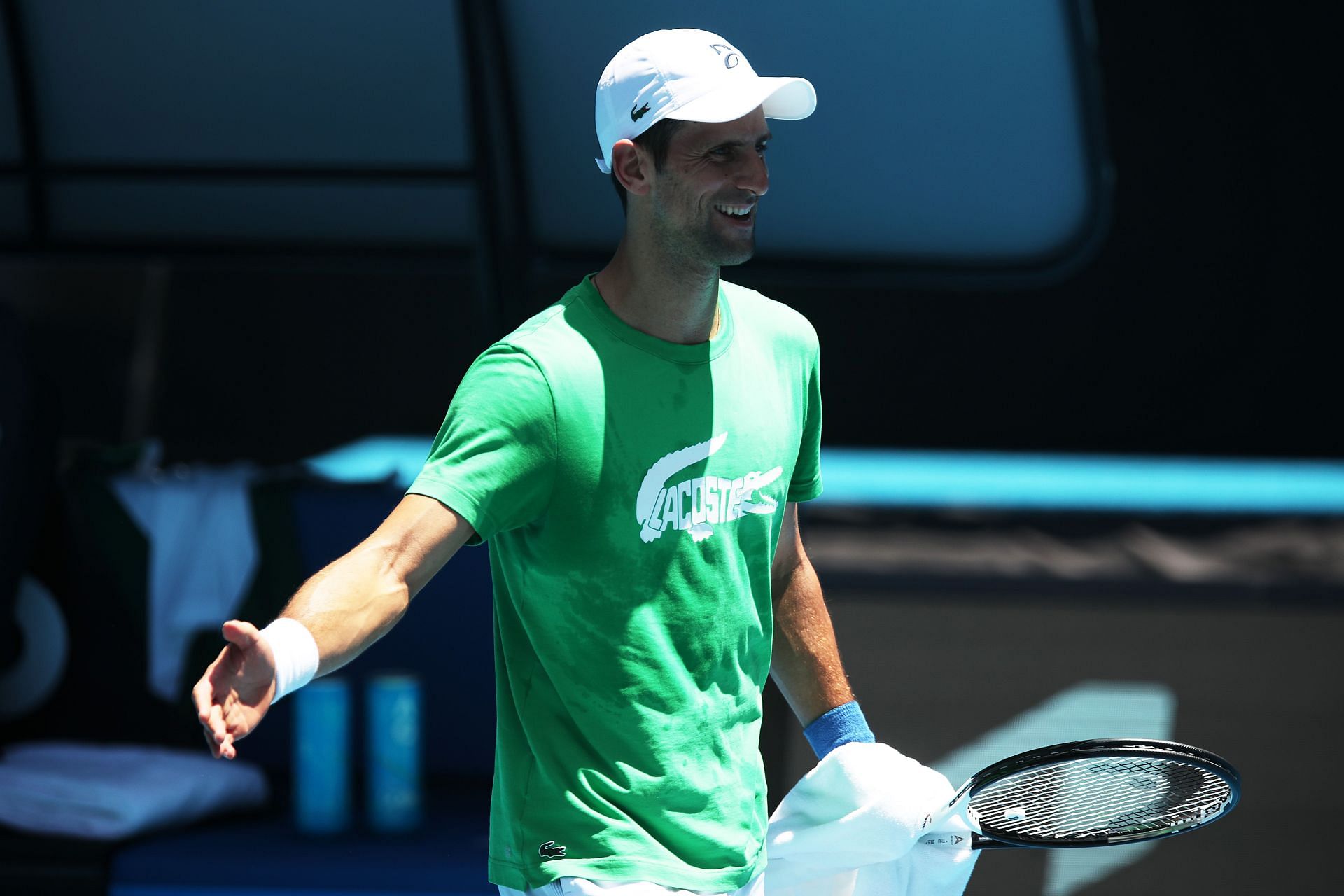 “Out of the Big 3, Novak Djokovic is by far the most popular among other players” – Dominik Hrbaty

Former World No. 12 Dominik Hrbaty recently spoke about his views on Novak Djokovic. The Slovak claimed that he got along well with the 20-time Major winner during his own playing days, before going as far as to assert that the Serb is “by far the most popular” among his fellow tennis players.

Speaking with Pravda, a Slovakian tabloid, Hrbaty insisted that the Serb is “very friendly” with everyone in the locker room. The former tennis pro also said that Djokovic was more popular among his peers than Rafael Nadal and Roger Federer because of his congenial personality.

“Very friendly and fun. I have the best experience with Novak. In his presence, one feels only good,” Hrbaty said. “By the way, out of the Big 3, he is by far the most popular among other players.”

Hrbaty added that Serv’s support for other players was the reason behind his popularity.

“Because he always did the most for others. When someone needs to stand up, he is always in the front line. The others see it,” Hrbaty said. “When the players had to choose someone to represent them, he won the most votes.”

During the interaction, the Slovak was also asked to give his take on why the fans didn’t take as kindly to Djokovic as his colleagues did. In response, Hrbaty explained that the Serb had “appeared on the scene” in only 2011, challenging the hegemony of Roger Federer and Rafael Nadal – who were already at the peak of their careers and between whom the loyalty of the tennis fans was mostly divided.

“That’s something else. First of all – Djokovic appeared on the scene last. Federer and Nadal have been here before. The world was divided into Federers and Nadads, and suddenly someone came here who began to defeat them and gradually catch up,” Hrbaty said.

Dominik Hrbaty then claimed that although Djokovic caught up with Federer and Nadal in terms of titles won, he has struggled to win over their fans.

“He took their titles, but not the fans. I mean, just a few. In addition, it is from Eastern Europe, and it is also a mild handicap,” Hrbaty said.

The Slovak also claimed that, unlike Federer and Nadal, the World No. 1 was a straight shooter and described him as a mix of John McEnroe and Yannick Noah.

“He goes against the flow and many do not like it. Federer and Nadal are different, he can speak nicely, and if he happens to think otherwise, he’d rather not say it. Novak is like a mix of John McEnroe with Yannick Noah,” Hrbaty said.

At the end of the interview, Hrbaty was asked whether he thought the federal government would eventually deport Djokovic. The former pro replied that he didn’t think so, not after the federal court had ruled in favor of the Serb.

“I do not think so. Probably not after the court decision. After all, some small discrepancy in the papers is still insignificant,” Hrbaty said.

Denial of responsibility! NewsUpdate is an automatic aggregator around the global media. All the content are available free on Internet. We have just arranged it in one platform for educational purpose only. In each content, the hyperlink to the primary source is specified. All trademarks belong to their rightful owners, all materials to their authors. If you are the owner of the content and do not want us to publish your materials on our website, please contact us by email – [email protected]. The content will be deleted within 24 hours.
amongATP Newsbest sports newsbigDjokovicDominikGreatest Tennis Players of All TimeHrbaty